Murray In A Hurry To Reclaim Ground 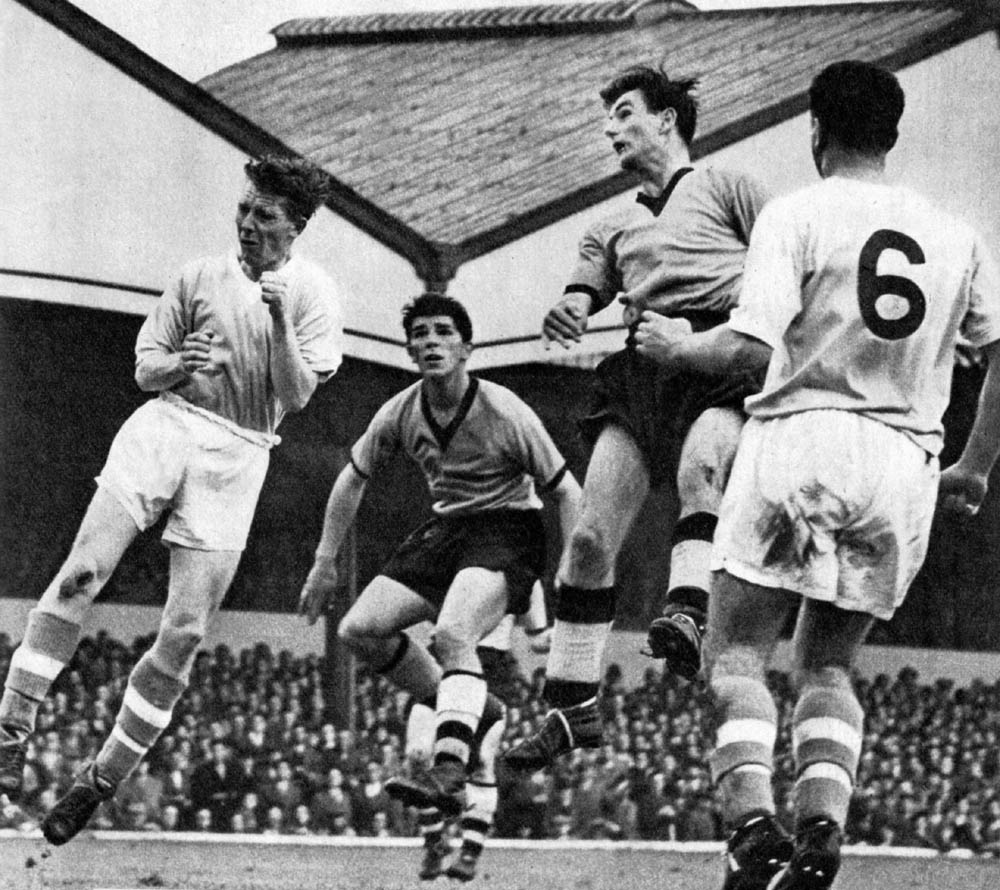 Wolves, represented here by Mancunian Colin Booth (left) and Eddie Clamp, on their way to a 7-2 mauling of Manchester City early in 1955-56.

There was something about facing Manchester City that seemed to appeal to Wolves forwards during the Stan Cullis reign.

True, those opponents weren’t the force they are today – in fact, the boot was very much on the other foot.

If it wasn’t Roy Swinbourne running amok against them, it was Jimmy Murray or Ted Farmer.

And, even with no player piercing their defence more than once in a game, Wolves still totalled five goals against them in 1960-61 and six the following season.

Twice in the 1950s, Cullis’s men hit them for seven. On another occasion, they won 6-4 at Maine Road and, on the opening day of 1962-63, surpassed all those feats by sending them away on the end of an 8-1 drubbing.

Not surprisingly, there were individual heroics. Swinbourne netted four against City in Wolves’ first home game of 1955-56 and Farmer notched four times against them on kick-off day in 1962-63.

Murray would later be transferred to Maine Road yet when he bagged four of the five that left them hot and bothered on the first day of 1956-57, he had felt under pressure.

In an interview he gave afterwards, he admitted that Swinbourne was the favourite as he continued his comeback attempt from the knee problems that would soon end his career.

Murray was just out of the services at the age of 21 and said: ‘I knew they weren’t with me. The Molineux crowd love Roy and rightly, too.

“Every time he touched the ball in the (eve-of-season colours v whites) practice game, they cheered him. I scored a couple of goals and Roy was unlucky. I knew if I made the team for this game, I’d have to score.”

Harry Hooper, the England B international signed from West Ham for the sizeable fee of £25,000, had a fine debut and scored the other goal against City alongside the spectacular blast from the man of the match.

Murray went home to an empty house to celebrate….the folks in his digs had gone to a wedding and he had the keys. “I’ve had to turn down a television appearance,” he told the press.

In his native Dover, he had been a neighbour of Peter Broadbent and family and he was looking forward to his mum, a widow, reading about his four-goal feat at her semi in the seaside town. 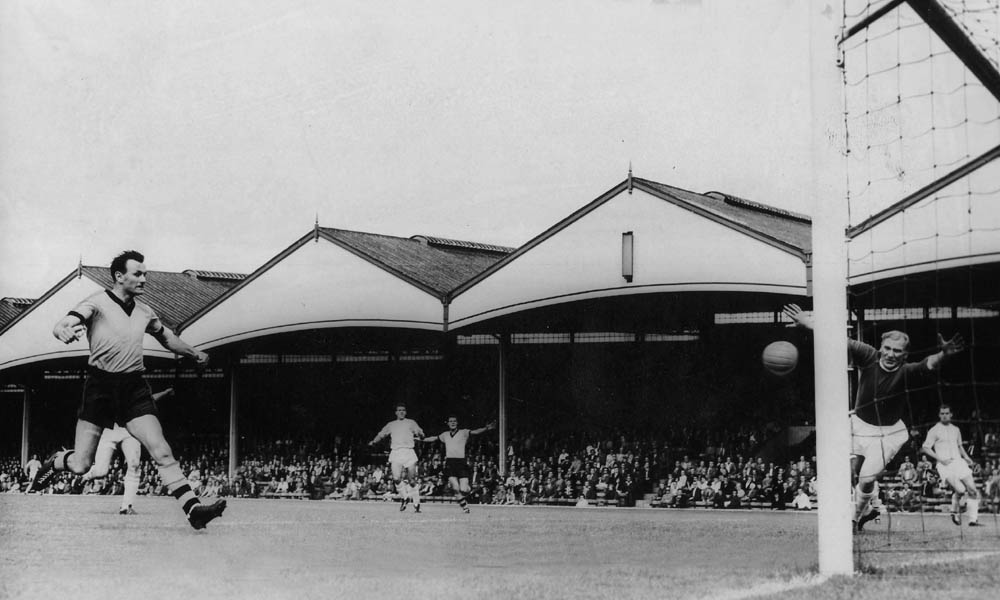 Jimmy Murray heads past Bert Trautmann for one of his two goals – and one of Wolves’ eight – as the 1962-63 season dawned astonishingly with the visit of hapless Manchester City.

Wolves’ 2-2 home draw with Sunderland three and a half weeks later was highlighted by a remarkable contribution from the same player.

Murray scored ten seconds after the kick-off resulting from when Charlie Fleming headed the visitors into a 44th minute lead. The no 9 restarted with a short pass to Broadbent, who knocked it back to Billy Wright. The skipper shouted for Murray to run on and he did just that before firing past keeper Johnny Bollands.

It was the forward’s eighth goal of a season which would bring him 17 League and FA Cup goals.