Boot Story Has A Final Kick

1950s Gift From Billy Back From South Africa 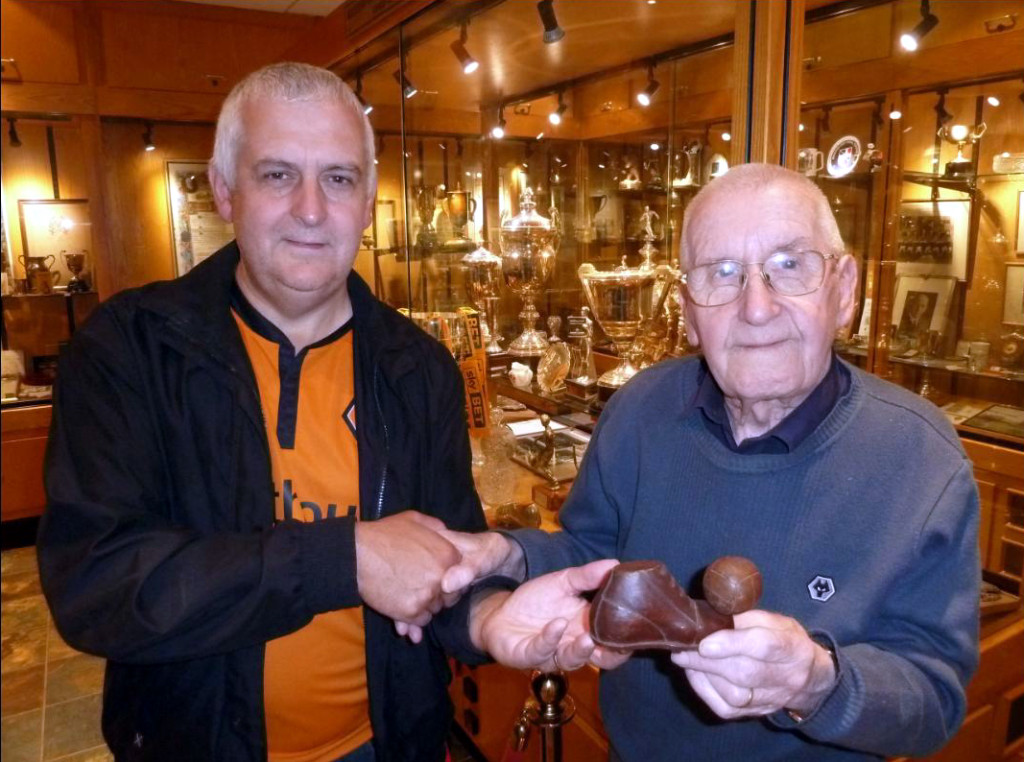 Simon Clarke hands the boot over for safe keeping at Molineux to Graham Hughes.

A boot presented by Billy Wright as a thank-you when Wolves were on tour in South Africa more than 60 years ago has been returned for safe keeping and public viewing at Molineux.

The prized souvenir was a gift from Billy to the late Cecil Crocker in return for help given in organising part of the marathon 12-game stay by Stan Cullis’s side in the republic at the end of the 1950-51 season.

It was handed over by the legendary Wolves and England captain at a dinner in East London, near where Billy stayed over for two nights with the friend he had known well before the war.

The wooden boot, with ball attached, was subsequently passed to Cecil’s son Mike, who used to live in Telford and is a Liverpool fan – good reason for him to transfer possession to Wolves supporter Bill Cadwallader in the 1980s!

Work commitments meant Bill emigrated to the Cape Town area from Codsall and he took good care of the keepsake over the decades before deciding some years ago that it should be on view back at the club for the enjoyment of supporters at large.

And a visit to South Africa earlier this spring by Bill’s long-time friend, Simon Clarke, set up the opportunity for the cherished item to be brought home.

“I have known Bill for 30 or 40 years since he was my scout leader in Bilbrook,” said Simon, a season ticket holder in the – where else? – Billy Wright Stand.

“He became a drinking buddy as I got older and my wife and I made plans to visit him when we arranged a holiday in South Africa as a belated present for my 50th birthday last year.

“We stayed with him for four days. It was only the second time we had met since he left in about 1984 but he was very keen that I brought the boot back with me.

“He really thinks it should be on show here rather than stuck away gathering cobwebs in a cupboard at his, so we wrapped it in cling film and placed it in a training shoe of mine for safe keeping on the flight home!

“I met Mike Crocker out there as well and he is more than happy at what has happened to the gift Billy presented to his father.

Wolves won all 12 of their games in South Africa 64 years ago on a trip that served one other major purpose.

Billy had suffered a slump in form and was deeply concerned before the squad flew out. But he used the tour, which included games in Cape Town and East London, to return to his imperious best. 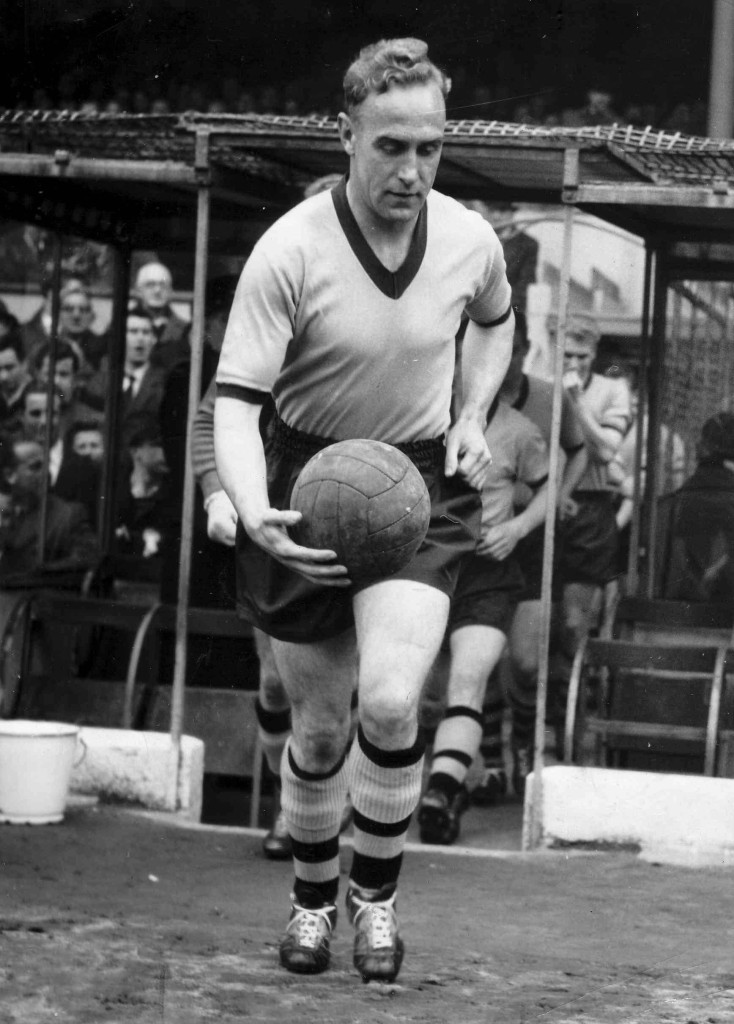 Billy in the role for which he is most fondly remembered.

It was during the 2010 World Cup finals in South Africa that www.wolvesheroes.com posted the story about plans being made for the souvenir’s possible return to England. This post is also being used on Wolves’ official www.wolves.co.uk website.

As we wait to learn whether the club can resist locating the item in Billy’s Boot Room (!), fans can read more by putting ‘Cadwallader’ into the search engine above right. But Bill tells us now from South Africa: “It was my pleasure to pass the boot on to Simon to complete its long journey home. I hope that someone, somewhere can now complete its history.”

* Wolves Heroes’ sister company Thomas Publications are this September bringing out a £19.99 coffee-table book dedicated solely to the club’s travels all over the globe, complete with many dozen previously unseen colour photographs from venues such as Africa, the Caribbean, America, Canada, Kuwait, Australia, New Zealand and many parts of Europe.