Lofty On Memories Of Starring Across The Atlantic 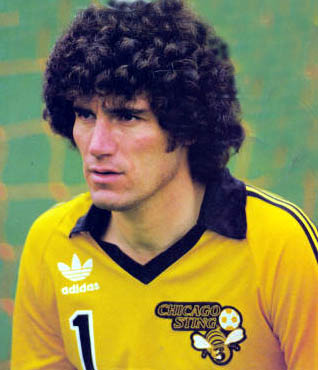 Phil Parkes during his playing days in the States.

Tuesday, June 9: Rang Phil Parkes by request to help fix up an interview with him for one of my broadsheet friends. Manchester United are heading to the States in the second half of this month to play San Jose Earthquakes and Lofty knows them well, having included them in his substantial list of American and Canadian clubs served. As usual, he was utterly cooperative to the idea – and his chat with the northern-based reporter will no doubt yield an interesting piece. He knows no other way to reminisce.

Thursday, June 11: Caught up through Coventry historian Jim Brown on the fact that Bobby Gould probably played for more different clubs at Highfield Road (six) than any other footballer in history. He represented Arsenal, Wolves, West Brom, Bristol City and West Ham, as well as the Sky Blues. Interestingly, Leon Clarke is close to the record for the Ricoh Arena, having appeared there for five different clubs (Wolves, Sheffield Wednesday, QPR, Scunthorpe and Coventry).

Tuesday, June 16: Bumped into Peter Knowles near the university buildings just the other side of the Molineux subway and enjoyed chatting with him as ever. He was on Jehovah’s business with two ladies but was not afraid to talk football as well. What’s more, he still looks extremely well. Said he isn’t playing golf these days and is giving more and more time during retirement to his religion.

Friday, June 19: Drove past Chris Evans’s house a few miles outside Wolverhampton and couldn’t help thinking what a lucky man Steve McClaren was to have been sacked by Derby, presumably paid off and then picked up in the Premier League by Newcastle. He really should have made a lot more of the Rams last season as many thought he had the strongest squad in the Championship. He has been linked with Newcastle since the middle of last season and, after leading the Rams to a very underwhelming eighth-place finish, appears to have landed perfectly on his feet without even having to walk out. Eyes on the East Midlands now to see if Paul Simpson and Eric Steele follow him, although I would expect Chris to remain.

Wednesday, June 24: Did a big book deal with a member of the backroom team Paul Cook is assembling at his new club Portsmouth. I first met Pompey’s assistant kit-man Barry Harris when he drove Ray Crawford to Peter Broadbent’s funeral a couple of years ago and now he is loving life alongside the likeable former Molineux midfielder at Fratton Park. Furthermore, we have each agreed to buy a copy of the publication the other is bringing out in the next few weeks – he is keen on our Wolves All Over The World title and I am happy to support his memoirs from around 50 years at his beloved club.

Saturday, June 27: An interesting follow-up to Charles Bamforth’s superb piece on Jack Dowen five days ago. One of the players he canvassed for a memory was the 1960s reserve forward Clive Ford, who was unable to reply in time as he was in Sydney helping see his daughter through her second birth. He now writes, though: “Jack was 100 per cent committed to Wolves in everything he did and one story that did the rounds at the time concerned when the Queen visited Molineux in 1962. Jack commissioned himself to clean the toilet in case her Majesty or her entourage needed a comfort break and, apparently, spent an entire day carrying out his task and wouldn’t let anyone use it until she had left.” 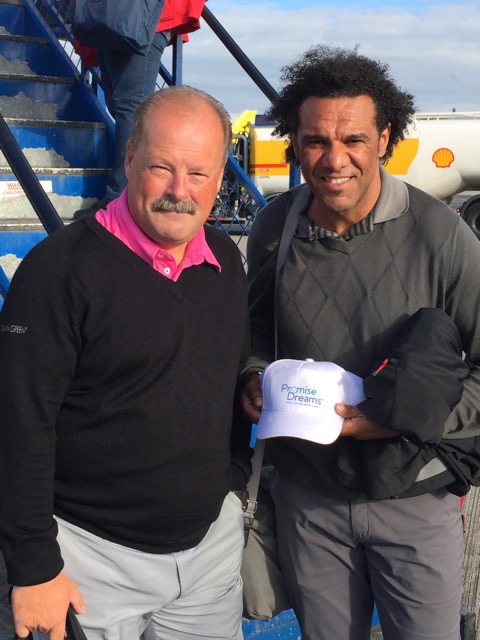 Don Goodman and Rob Walsh about to get airborne following their round at St Anne’s in Dublin.

Monday, June 29: Had a lovely natter with Don Goodman at a golf day and heard all about his marathon charity effort a week ago. In well under 24 hours, he and Stourbridge Golf Club captain Rob Walsh played a full round in each of the Republic of Ireland, Wales, England and Scotland in aid of the wonderful Promise Dreams cause that supports sick and terminally ill children. The two men have raised a staggering £12,000-plus – and even got around an hour or two ahead of schedule.

Tuesday, June 30: Rang Derek Parkin on behalf of a supporter who is hoping to meet up with him to get both a 1980 League Cup final photo and his testimonial brochure signed. Nice to hear that ‘Squeak’ has a full diary of holidays planned for the year, although he made the point during the current heatwave that he thinks we have the best climate of any country.