Hegan: Some Food For Thought

Reflections Of The Past From Enigmatic Midfielder 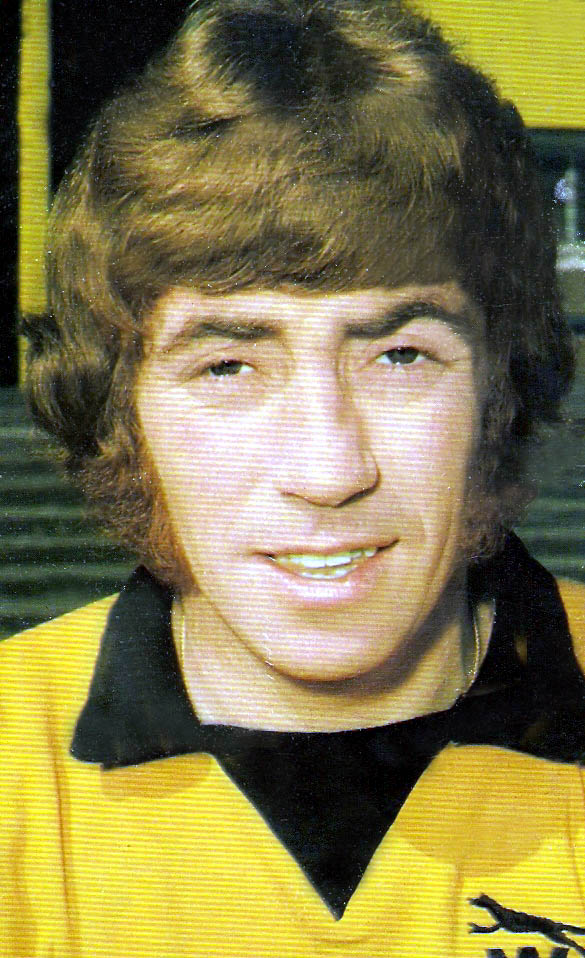 Danny Hegan in his time at Wolves.

Wolves Heroes has come by some old comments from Danny Hegan claiming that he regarded his move to the West Midlands as the biggest gaffe he made in his professional life.

Okay, his sentiments appeared in an Ipswich programme and were perhaps designed with a Suffolk audience in mind but they make it clear he wishes he had stayed put rather than embark on a journey west that brought him to Albion and then Molineux.

Hegan, having already worked with Bill McGarry at Portman Road, gave up on life there with Bobby Robson by signing off a 233-game Ipswich career in the fixture at Liverpool on April 18, 1969.

His competitive Wolves debut came a year and a half later under McGarry in an opening-day 3-2 First Division defeat at Newcastle after he had totalled 17 games and two goals for the Baggies.

And he said in the ‘Do You Remember? article in the programme for the Ipswich v Leeds game in September, 1981: “I should never have left Ipswich.

“I thought the grass was greener elsewhere and I wanted to go to a more fashionable club. But going to West Brom was the biggest mistake of my career. Everything went wrong there and it wasn’t a family club, like Ipswich.”

Albion produced what was then the biggest spending spree in their history to recruit Hegan, Colin Suggett, Allan Glover and Jim Cumbes in the same summer.

The Northern Ireland midfielder moved to The Hawthorns in part-exchange for FA Cup final winner Ian Collard but played only one League game for Alan Ashman’s side after the November 1 defeat to a Mike O’Grady cracker at Molineux.

Having cost Ipswich £20,000 in July, 1963, a few weeks prior to his debut for them against Bolton, he was the subject of a £50,000 cheque from Wolves at the end of 1969-70, round about the time the West Midlands rivals were competing in the Anglo Italian Cup.

His time at Wolves was chequered, with moments of brilliance and short stints as captain interspersed with astonishing lapses in discipline. His three and a half years at the club added up to an episode that is still talked about in colourful tones but his record of 70 games and eight goals underlines that he was around nothing like enough.

By the time of reporter Neal Manning’s interview in the Ipswich programme, Hegan was 38 and working as a football coach at Butlin’s in Clacton, not far down the coastline from where he worked for only seven months with Robson.

“I miss the game but it’s great working with kids and it gives me a great deal of satisfaction,” he added. “Since I’ve been at Clacton, several boys have gone on to join professional clubs.”

Kitted out to coach.

We reported in our definitive ‘We have found Danny’ piece all of seven years ago (https://www.wolvesheroes.com/2008/11/14/hegan-the-missing-years/) that Kevin Keen was one of the lads Hegan helped develop as part of a coaching network headed up by Colin Bell and also containing Jimmy Greenhoff and World Cup winners Bobby Moore and Martin Peters.

Hegan also revealed in the article that one of his biggest thrills in the game was following up his making of Terry Neill’s winning goal in the England v Northern Ireland international in 1972 by meeting his schoolboy hero Bertie Peacock, a former Celtic player, at Wembley on the same night.