Vince On The Ultimate Pre-Season Trip

A Sun-Kissed Adventure With The ‘Legends’ 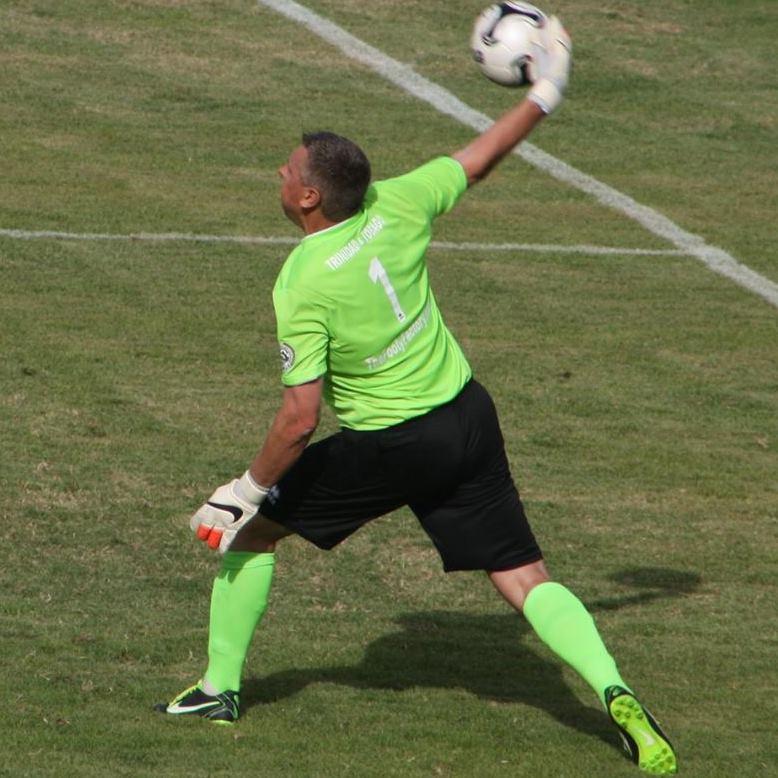 Vince Bartram in action in the Dwight Yorke Stadium.

Vince Bartram has reported for pre-season training with an extra summer glow – thanks to a sunshine trip part-organised by one of his Molineux predecessors.

The former Molineux keeper is recently back from a soon-to-be-televised legends tournament in the Caribbean, where he represented Arsenal against contemporaries from several of the country’s other leading clubs.

“A few football friends said this wasn’t like the hard trips abroad they know and remember from this time of year, especially as I was able to tag on a few days of pure relaxation with the wife and kids,” he said.

“I’ve been lucky enough to go out there four times for these tournaments now, three of them to Barbados, where I once bumped into Rob Kelly, and this latest one to Tobago.

“George Berry and the former Leicester defender Colin Hill organised it from the PFA and were out there to meet us. We played in the Dwight Yorke Stadium and faced Aston Villa in our opening match, although Dwight played for Manchester United and not his first English club.

“Tottenham, Liverpool and Chelsea were also there, as were teams from the island and from the PFA. The games were six-a-side and taken seriously.

“I won’t give much away results-wise because there was a camera crew with us, along with Gary Newbon, and Sky will be showing the tournament in the coming weeks.

“But there were any number of big names there. Liverpool, for example, had Stan Collymore, Vladimir Smicer, Stephane Henchoz and Patrik Berger, so they were strong.

“We also had a golf day over there and did some work with kids in the community, so it was very worthwhile.”

Bartram is now the under-21 keeper coach at Southampton, where he has also recently been working with Kelvin Davis and the on-loan Maarten Stekelenburg as a result of Dave Watson’s late return to domestic action following England duties. 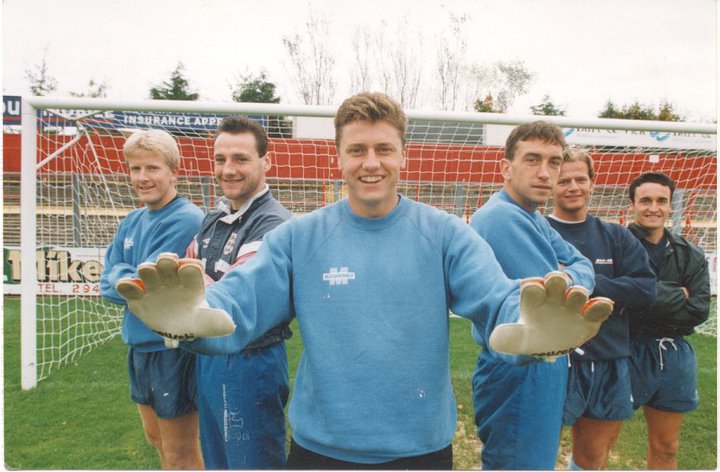 Bartram as the main feature on a Bournemouth photo also including Neil Masters (one in from the right).

Although his on-field time with Arsenal was restricted to not much more than he achieved at Wolves as back-up to Mark Kendall and Mike Stowell, he totalled well over 300 League appearances for Gillingham and Bournemouth and is continuing to work his way along the south coast.

“As well as doing some coaching at Bournemouth as well, I had nine months at Portsmouth, working part-time in the academy, and someone will turn that place around one day,” he added.

“Obviously I’m interested to know whether that is going to be Paul Cook, who I was with at Molineux and who I will look forward to seeing down here now he is their manager.”