A Fine Mess You Have Got Us Into, Stanley 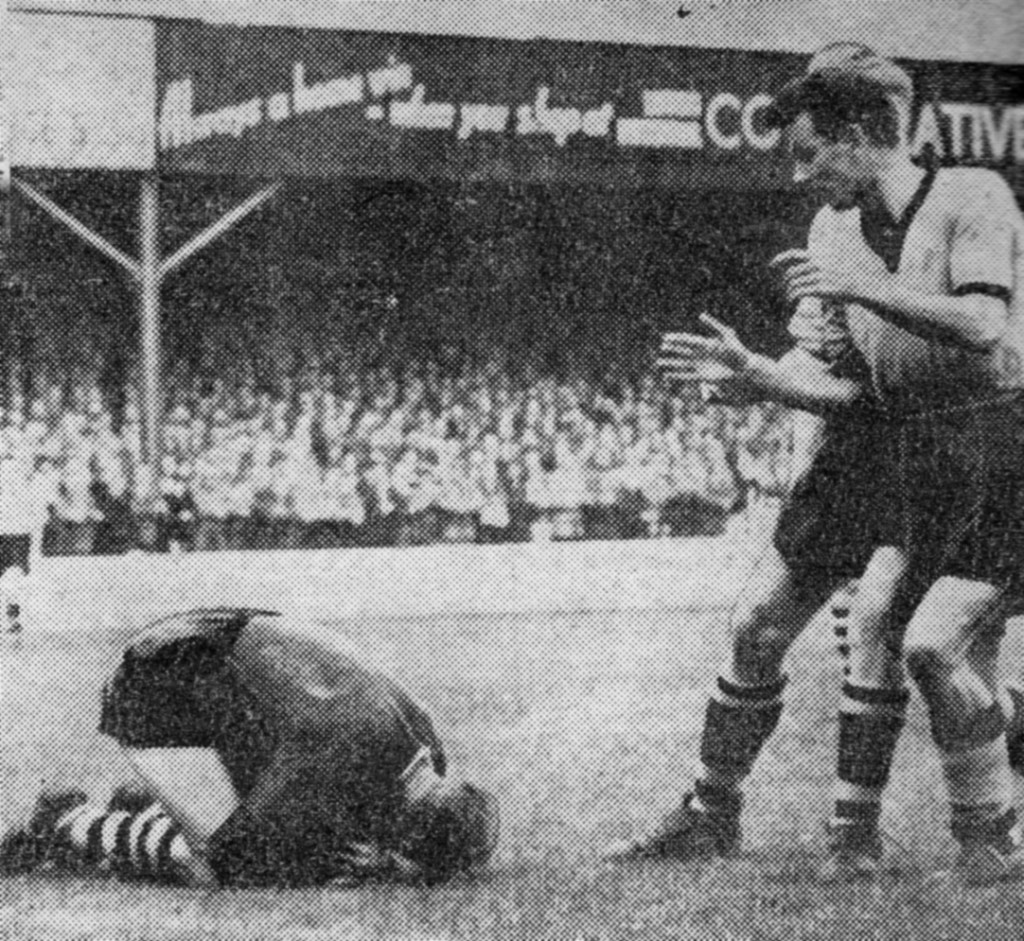 If you thought managers didn’t blow their top in the days before they were given a technical area to roam around and a fourth official to use as a verbal punch-bag, think again.

Even a devout church-goer like Stan Cullis, with his well-known aversion to swearing and from an era when the game might often have been regarded as more gentlemanly, did not lead a life exclusively above the red mist.

We have been reading up at length on a mid-1950s Wolves match that prompted a controversial outburst from the Iron Manager and left him in danger of a reprimand from the authorities.

His ire was stoked by what he saw as the offside goal from Bob Morton by which his side lost 1-0 at Luton in their opening Division One away game of 1956-57, kick-off day having brought them a 5-1 home win over Manchester City.

Cullis was reported to have been shouting and gesticulating for much of the rest of the midweek clash and been involved in a fracas with a nearby spectator.

Then, so heated did an argument become at the final whistle that he is said to have grabbed the tie of home director Tom Hodgson as they left the VIP box, with the former Luton centre-forward Joe Payne having to step between them.

“A fist was raised but the two men were separated before a blow could be struck,” said a report in one of the following day’s newspapers. “After the incident, Mr Cullis was closeted for half an hour with the Wolves and Luton directors to apologise.

“Then Mr Cullis and Mr Hodgson came out of the directors’ room together and shook hands in the doorway.”

Clearly, peace was restored in the tight corridors of Kenilworth Road and no further action was taken, with Hodgson saying dismissively: “As far as I am concerned, Mr Cullis was just admiring my tie.”

Even ‘Commentator’ (Phil Morgan) in the Express & Star admitted relations had become ‘heated’ and said there were suggestions Hodgson had called his adversary a baby. 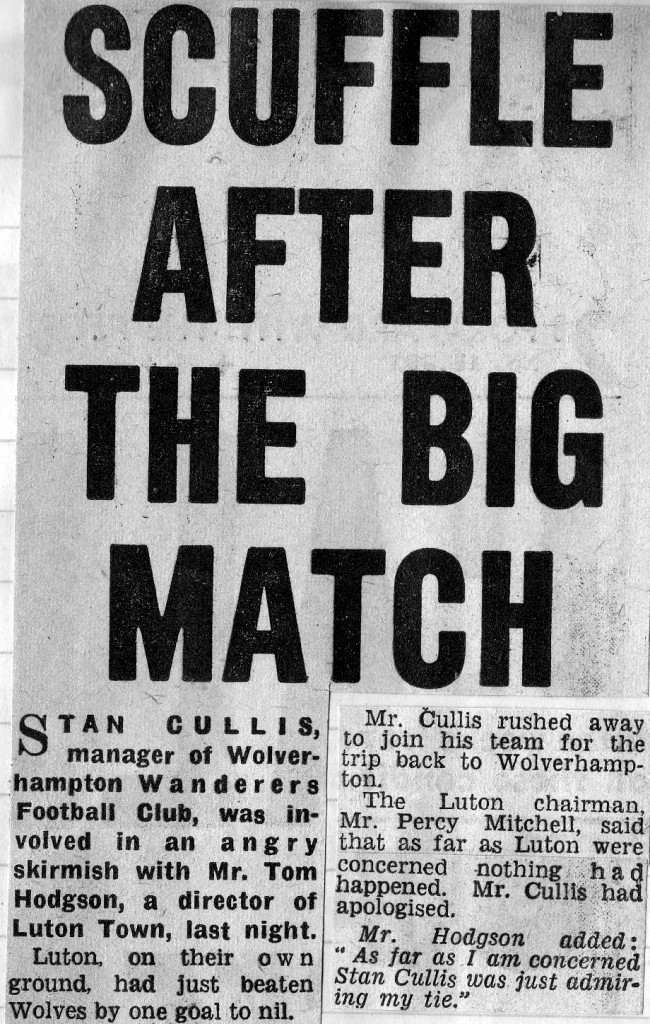 How the ‘popular’ press reported the big bust-up.

He also wrote of the part played by directors John Ireland and Jim Marshall in offering an apology to the host club, who were due at Molineux a week later for the return.

Cullis was quoted in the Star as saying: “Mr Hodgson and I had a few words but we had a cup of tea together afterwards and when we shook hands, we considered the whole incident closed.”

And Luton chairman Percy Mitchell made it clear there were no hard feelings spilling over into the Molineux clash, which Wolves thrillingly won 5-4.