A King Among Magazines 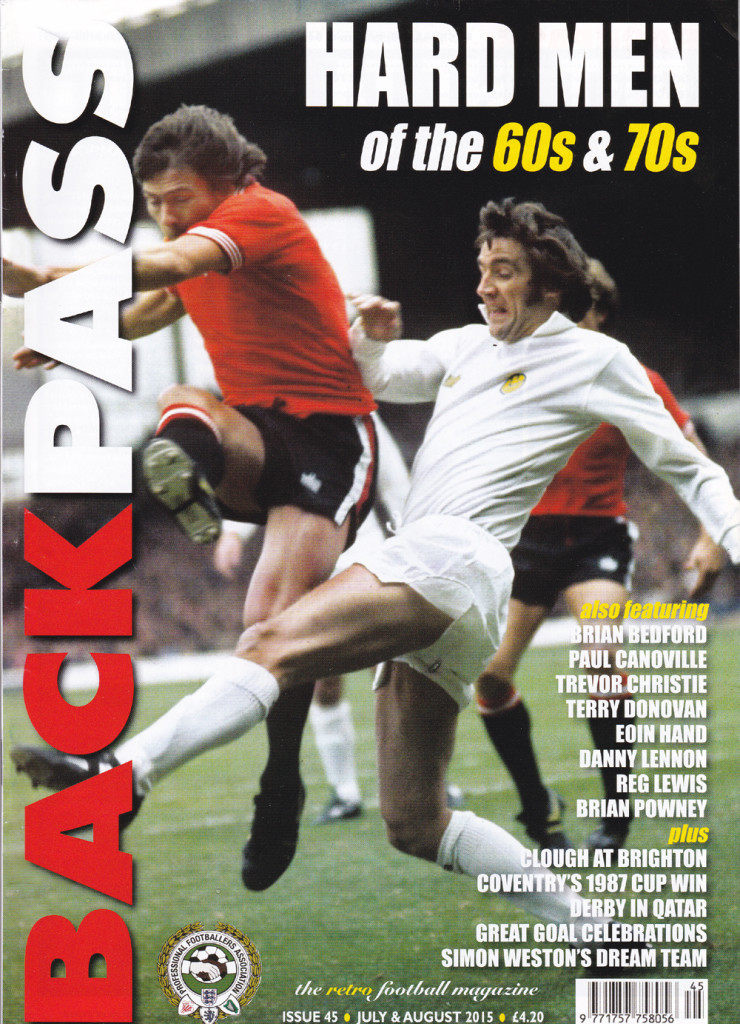 On a book shelf near you…..or enquire online.

We at Wolves Heroes never tire of reading the excellent Backpass publication or using these columns to promote it.

‘Best football magazine on the market’ and ‘Collect every issue; can’t wait for the next one’ are among the comments we have heard from our readers, who will, as usual, find loads of Wolves content in the latest offering.

Lengthy tributes to Andy King are made within the glossy 64 pages by both David Pleat, his former manager at Luton, and Backpass’s resident obituarist Ivan Ponting. There is also a moving picture of Everton fans standing outside Goodison Park, with the next-door church playing a part in the funeral proceedings.

On a happier note, Denis Irwin is named in Falklands hero Simon Weston’s Manchester United dream team and one of the full-back’s Molineux colleagues from just over a decade ago, Colin Cameron, is praised in a piece describing how little Raith Rovers went close to a UEFA Cup upset against Bayern Munich.

The profile of an Aston Villa European Cup winner whose family moved into Graham Taylor’s old house in the late 1950s brings mention of Andy Gray, Brian Little and Peter Withe while another former Wolves centre-forward Ray Crawford is shown, as is Bertie Lutton, on a Brighton team photo from around the time of Brian Clough’s controversial spell in charge at the Goldstone Ground. In a rather damning piece, we learn why Crawford really didn’t care too much for being part of Ole Big Head’s backroom team.

Newly-promoted Bournemouth are well to the fore in issue 45, which shows a crunching tackle by Norman Hunter on the front cover, and there’s an in-depth look at the 1956-57 FA Cup run which famously accounted for Wolves on the way to a place in the quarter-finals.

Although Reg Cutler is the name from these parts that is synonymous with the Third Division South club’s shock victory at Molineux, an interesting slant comes from one of his team-mates, who tells not only of the Dean Court directors’ possibly illegal offer of £5 a man for a victory over Stan Cullis’s men but also of the wriggling that followed it!

Still on a south coast theme, we read in Craig Brown’s highly informed column of some of football’s better-known goal celebrations, including the Robbie Keane cartwheel and the agony of Vince Bartram when beaten by his best man Paul Dickov and subjected to a ‘knee slalom’ across the sodden Wembley turf in the epic Manchester City v Gillingham play-off final.

How about the mid-1990s Wolves midfielder who is held up as a rare success story abroad amid a sea of failures overseas from these islands? It’s unlikely his name will quickly spring to mind.

Elsewhere, Trevor Christie’s celebrations were somewhat cut short despite his two goals in an emphatic victory over relegation-bound Wolves for Notts County in 1981-82. In a long interview with former Magpies man Dave McVay, the north-easterner reveals how, with his hat-trick looming, he slammed a penalty so hard against the Meadow Lane bar that the ball rebounded upfield for Wolves to break away and nearly score.

With next week’s Molineux visitors Aston Villa having lost in the FA Cup final in May, Coventry’s former players were still able to toast themselves as the Midlands’ last winners of the competition when they were joined by ex-Birmingham Post sports writer Adrian Milledge at their annual golf day this summer. No doubt Cyrille Regis was a name on many lips among a gathering that included Willie Carr and Bobby Gould. 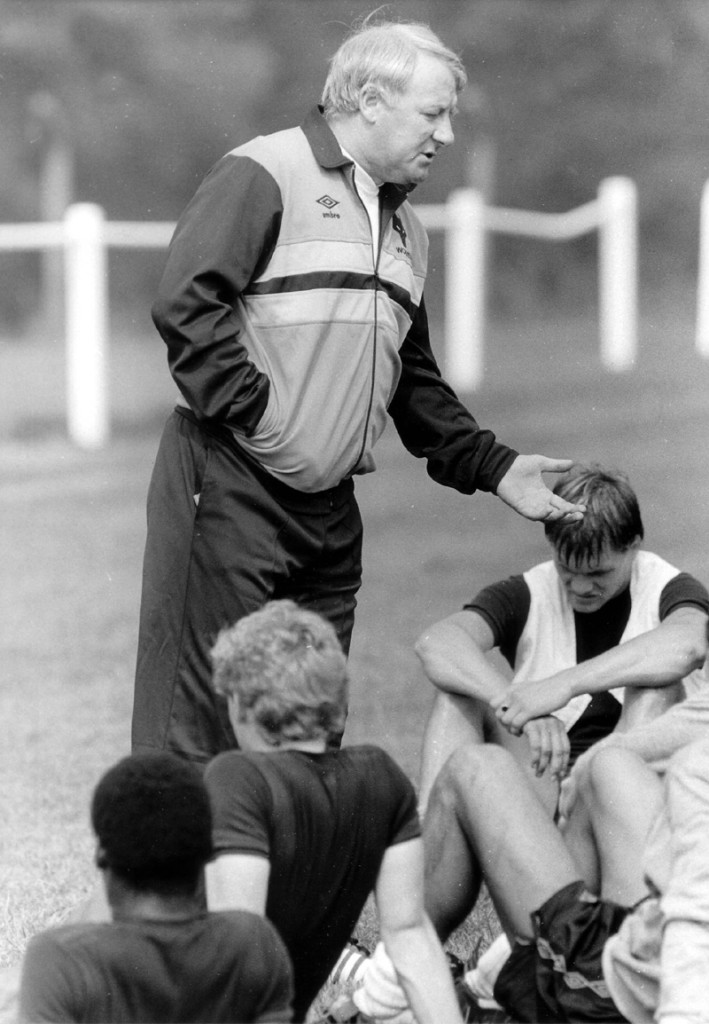 The Doc at work during his short, unhappy Molineux reign.

Our sister company Thomas Publications, who are shortly bringing out a coffee-table book dedicated to Wolves’ famous and sometimes pioneering travels across the globe, could well relate to Andrew Collomosse’s curious search to prove or disprove whether Tommy Docherty’s Derby visited Qatar for a friendly in 1979. We never cease to be amazed at how little players take in of their globetrotting!

Long-time Express & Star sports editor Steve Gordos, meanwhile, has delved into his Bilston roots to tell the tale of Reg Lewis – a man who, like Bill Shorthouse, Bert Williams, George Showell and Villa’s Stan Crowther, graduated from the same patch to become FA Cup final winners. Sadly for this area, Lewis’s great deeds were with Arsenal, for whom he scored twice against Liverpool at Wembley in 1950 – part of the reason why he has a place in the hall of fame mural at the Emirates Stadium.

Backpass costs £4.20 and details of how to purchase and subscribe appear when readers click on the icon in the advertising area on the right-hand side of this page.