Denno On Wing – And A Prayer 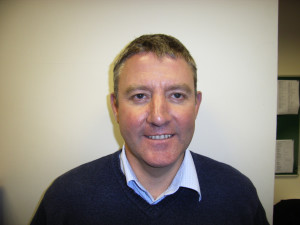 Robbie Dennison in his post-playing years.

We at Wolves Heroes wish to add our own ‘good luck’ message to Robbie Dennison as he continues his gallant push for charity on the other side of the Irish Sea.

But it’s not in his native country that he is going through the pain barrier – it’s across the border in the Republic, where Wolves have been found in pre-season build-ups on several occasions over the last decade and a half.

The long-time Molineux left-winger is now well into his rhythm as he cycles the 565 miles from Mizen Head to Malin in aid of Diabetes UK.

Mizen Head is the most south-westerly point in Ireland and the dramatic cliff scenery is likely to be more popular with the tourists it draws in than with a 52-year-old on a bike!

Malin is the northern-most point of the whole island, right by the border with Northern Ireland, and we trust he will drop in on family in the Belfast area and enjoy a glass or two of ‘the black stuff’ before setting off for home.

Along or just off what sounds an idyllic route are Tralee, Galway, Sligo – home to Dennison’s former Wolves team-mate Paul Cook for several seasons – and Donegal.

Those wishing to lend some financial support, however big or small, can do so now at https://www.justgiving.com/Robbie-Dennison – and we have enjoyed reading one or two of the messages on there this weekend.

“If you’re as good a bike rider as you were a footballer, mate, you’ll have no probs,” wrote Dave and Rach Hillman. And, from Andy Cundy, came the compliment: “I was at the Sherpa Van Trophy final at Wembley with my Dad and I was 16. You were a great footballer and top bloke.”

Kevin Drew isn’t just interested to hear that Robbie has safely gone the full distance some time in the next couple of weeks, suggesting by way of an additional demand that the former Northern Ireland international sings Danny Boy at the finish!

Wolverhampton businessman Suresh Bawa generously set the money-raising ball rolling and Charles Ross and Bill Hatton, the latter a former commentary colleague of the player, are among the others to have chipped in with pledges. 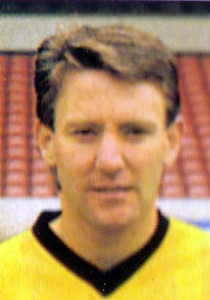 A head-and-shoulders shot from the second half of the 1980s, when Wolves just sent a scout to Albion if they needed quality signings.

Although Robbie has rarely been one to push himself, we would be happier to see a few of his old team-mates rally behind the cause and hope our readers can help promote his punishing journey on Facebook, Twitter and by other means.

Only 21 men have played more Wolves matches in history than Dennison, who was signed from Albion in the spring of 1987 some four months after Steve Bull and Andy Thompson made the same short trip.

A look in the Legends area of this website will remind us of more of the stats behind his outstanding Wolves career.