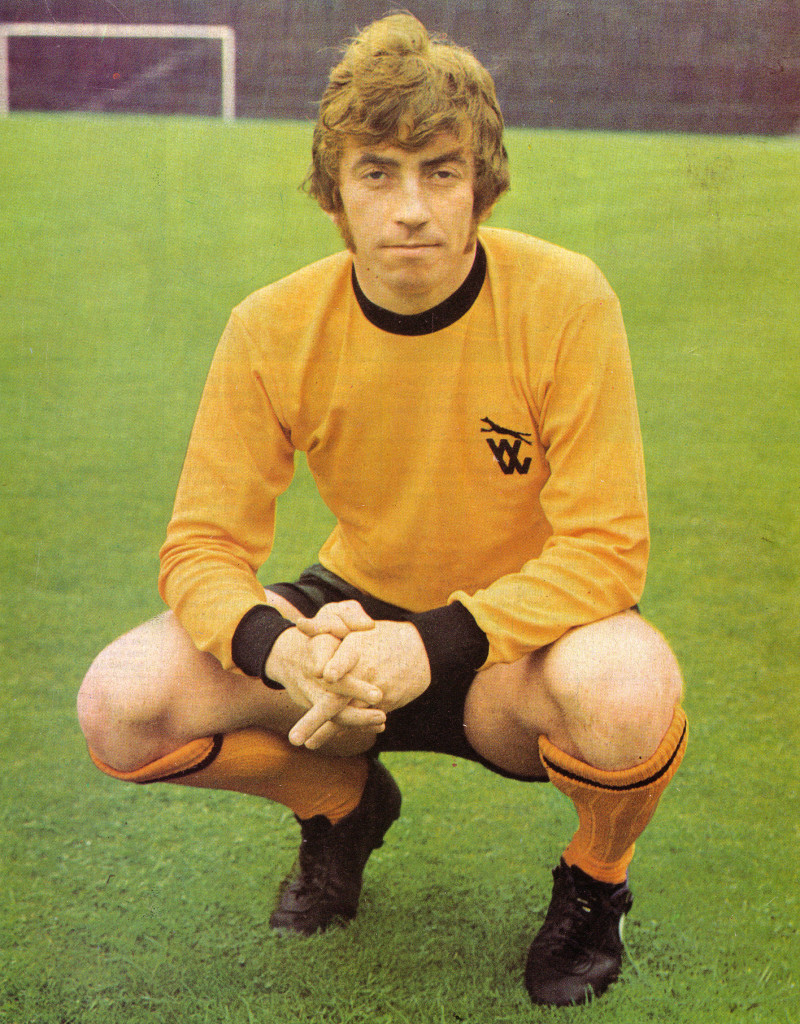 A Wayward Talent With A Mischievous Side

Danny Hegan was sometimes praised and sometimes cursed. He was rarely ignored.

Well over 40 years on from a Molineux stay containing much promise and no little controversy, stories about him still do the rounds whenever his old colleagues meet.

The line separating ‘loveable rogues’ and ‘unreliable team-mates’ is a thin one and this gifted, enigmatic character frequently straddled it.

The Hegan who so excelled against Juventus in one of Wolves’ finest European nights that he later joked in the dressing room about still having West German 1966 World Cup finalist and scorer Helmut Haller in his pocket was some player; good enough to make any First Division club sit up and take notice.

Unfortunately, the cocktail of his character saw to it that he also had the knack of going missing – and we don’t mean just drifting out of games for 20 minutes or so.

Hegan was the sort who could nip down the off licence for some crisps for the kids and not return for three days. He did believe in regular refuelling.

One team trip to the Lancashire coast for a few days of bracing seaside training started with him being laid out in the overhead storage space, so he could sober up a little while the rest of the players checked into their hotel. He was fun to have around the dressing room but, as one of the dependables said on here some years ago, it would have been nice to have seen him in there a bit more often.

It’s no surprise that sparks flew between he and Bill McGarry, although the hard-line manager well knew about his occasional waywardness from their time together in East Anglia.

Charles Bamforth informed readers of this site 11 months ago of a rowing trip Hegan and others once took out towards Felixtowe lighthouse in a boat weighed down with bottles of whisky, the inside-forward having moved from Sunderland to Portman Road for £20,000 some 16 months before McGarry was appointed there in succession to Jackie Milburn.

A pictorial Ipswich book on the shelf here shows him in various mischievous guises; giving a cheeky thumbs-up as a group including Ray Crawford and Sammy Chung board a flight to Plymouth in 1967, sharing a joke with Crawford on a training run, half sticking his tongue out at the camera as the squad are presented with Christmas turkeys, receiving a Beatles haircut alongside keeper Ken Hancock and quaffing champagne behind McGarry amid a group celebration of winning the 1967-68 Second Division title….clearly, he was no better at melting into the background in Suffolk than he was after landing in these parts.

Never mind Mario Balotelli’s ‘Why always me?’ shirt. How about a ‘Why always him?’ headline above group photos containing Danny Boy?

Following more than 200 League appearances and 34 goals for Ipswich, he switched to Albion in part exchange for Ian Collard in the summer of 1969 and cited the move as the only regret of his career; certainly bigger than not making it with his beloved Celtic as a kid.

Despite goals on successive Saturdays against Crystal Palace and Liverpool as early as September, Hegan couldn’t settle at The Hawthorns and played only once more following an early November 1-0 defeat at Wolves, courtesy of Mike O’Grady’s late treat for Match of the Day viewers.

He, too, pitched up at Molineux in a £50,000 deal at the end of that season but disappeared form the side as soon as he arrived in it. He was in, out, in and out again in the first four matches, then recalled in early September for two games kicking off with a 3-2 win back at Ipswich. He wasn’t seen again in the starting line-up until the April.

The 1971-72 campaign was much more fruitful for him, his 31 appearances including seven in Europe and bringing him five goals. Another 23 outings followed the season after and he highlighted his three-goal contribution with a chip over Alex Stepney at Old Trafford. There’s that cheekiness again!

With a sending-off here and there and more than one disciplinary scrape with McGarry, his tally of games limped on to 70 before one indiscretion too many saw him fired in the autumn of Wolves’ first League Cup winning year.

His stay was one of what might have been. He skippered the side on occasions and was possibly seen as a successor in both Mike Bailey’s position and, as unlikely as it appears, in his role as leader. Frank Munro always sniggered when recalling the day at Highbury when Hegan won the toss and announced: “We’ll kick sideways.”

Danny as a coach at Butlin’s, Clacton.

With seven Northern Ireland caps to his name, we might have expected him to have remained closest to Derek Dougan beyond their time together at Molineux. But he didn’t seem to do the staying-in-touch thing at all and he headed off to Sunderland, then into a working life at Butlin’s before settling in his later years back in Birmingham.

Frank was in contact with him at the time of The Doog’s passing and berated him for not attending the funeral, after he said he would. “You’re still letting us down, Danny,” was the gist of his message.

Hegan had more recently returned to the fold, albeit fleetingly. He came to a couple of games at Molineux and turned up among a large gathering to pay his respects to Dave Wagstaffe. It was as much as we were ever likely to get from him.

Munro was a help when we set about tracking him down in this website’s early months. He knew that the team-mate born on the opposite side of Scotland to him and possessing of a softer accent lived in the Broad Street area and suggested that an Irish bar would be a good place to start our search.

We got lucky by immediately cosying up to a drinker who turned out to be his best mate. Ten minutes later, we were round at Danny’s place chatting and making plans to meet up for a proper interview.

Face to face, I couldn’t fault him. He was interesting, articulate, polite, modest. The years of reckless living may have taken a toll on his looks but his mind was still sharp.

In fact, when I dropped by on a social visit during the 2014 World Cup and learned he had backed Belgium to prevail, I was flattered to discover he remembered my name. We had not known each other until 2008 and spoken only intermittently in the meantime after that.

Readers might consider this is a good time to revisit the https://www.wolvesheroes.com/2008/11/14/hegan-the-missing-years/ piece we did nearly seven years ago and we should point out that he had recently taken steps to recover some keepsakes from his career. 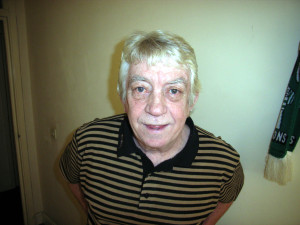 A Birmingham-based autograph hunter with whom we fixed him up with his approval had been asked by him to try to acquire a first-day cover from the Wolves-Juventus UEFA Cup quarter-final and a programme from Northern Ireland’s victory at Wembley in 1972.

Nice that he was proud of his achievements at Molineux, even though they might have been so much greater.