New Dates For The Diary 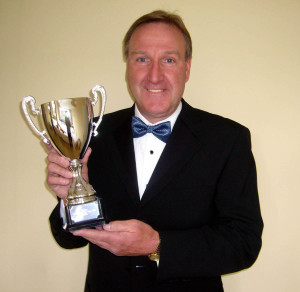 Don’t be fooled – he didn’t win this playing golf!

An Addition And A Change

Rain prevented any play at yesterday’s annual Wolves Former Players Golf Day – but there is only a short wait until the lads try again.

For the second time in recent years, the summer competition was washed out without a ball being struck, so a rearrangement for this coming Friday (August 21) has already been announced.

And there’s a reminder to all concerned that the event, which is largely the ‘baby’ of Steve Daley, has been switched away from Oxley Park this year and to the new venue of The Wergs, just off the A41 at Tettenhall.

While the dust settles on that enforced change of plan, we are asked to point out that the Wolves All Stars have a fixture to fulfill at the end of this month.

They head for Brereton Town FC on Sunday, August 30, to play in aid of Help For Heroes. The match will be started by Sapper Clive Smith. who lost both of his legs in an explosion in October, 2010, and another double amputee, Scott Yarrington.

The organiser is Andy Sawyer, who, along with his family, have raised more than £50,000 for the charity over the past five years.

Fans wishing to go to the match are informed that the Ravenhill Ground is on Main Road, Brereton, and is located at WS15 1DS. Kick-off is 2pm.

Jason Guy, whose company First4Staff sponsor the side’s kit, remains part of the Wolves All Stars organising team and is delighted to have secured the on-going support of his good friend, Jody Craddock. 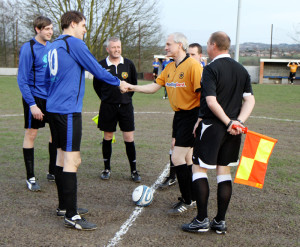 Mel Eves in a familiar role.

Mel Eves, a regular fixture at such occasions for many, many years, also hopes that other former players will make themselves available for selection during the 2015-16 season.

Failing that, he has sent out a message that ex-Wolves favourites may at least be able to attend some of the games in a supporting role.