The Kids Are All Right – Jim 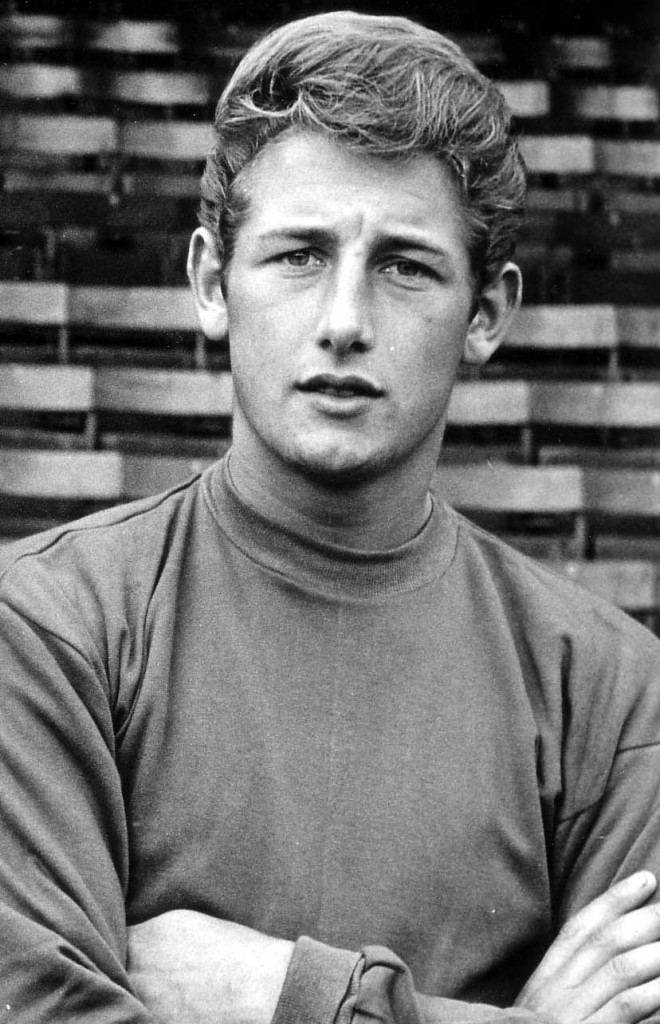 Jim Barron…..a Geordie kid at Wolves in the early 1960s. And he still has the strong accent!

Jim Barron was in the shadow of Malcolm Finlayson and Fred Davies when Wolves went on their long 1963 tour of the United States and Canada a few months before the club handed him his Football League debut.

He had then moved on to Chelsea and Oxford when they went back to win two lengthy tournaments in America towards the end of the decade and narrowly missed out on crossing the Atlantic with them when recruited by John Barnwell to Molineux just after the club played a one-off friendly in Jacksonville.

But his career has nevertheless contained a sizeable Stateside element – and one that continues now into his 70s.

The former keeper has recently returned from a coaching trip to Ohio, which has underlined to him that the game will carry on growing over there.

“For the last four years, I have gone out to a place quite near Toledo to work with kids at the invitation of the son of Jim Walker, who was physio at Villa during my time there with Ron Atkinson,” he said today.

“We saw 425 youngsters, boys and girls, in two weeks. We spent the mornings with eight to 12-year-olds and the evenings with those from 13 up into their 20s.

“Jim spent many years at Villa and his son runs a team called Pacesetters who have a link-up with the club now. This soccer camp has apparently been going for the last seven or eight years and some of the youngsters have gone on to the MLS set-up.

“It’s great for me to keep my hand in as I don’t coach over here now – I did general sessions as well as specific work with the goalkeepers.

“Dennis Bailey, who most people know from QPR, and Leo Fortune-West, a big striker who has had loads of clubs, were coaching there as well but most of the coaches were American.

“The kids have a great attitude and there’s no answering back. I think the signs are good for the USA in football in the coming years.”

Barron followed an English playing career that continued into the 1970s with Nottingham Forest, Swindon and Peterborough by having his first extended experience of life over the Atlantic.

He spent a season with Connecticut Bicentennials in 1977 at a time when the American game was packed with big names from Europe and beyond.

“I know there is a photo knocking around of me diving at Pele’s feet but there were so many big names, such as Eusebio, Best, Marsh, Banks, Coluna and Chinaglia,” he added.

“Last year, the under-21 team from our soccer camp reached the final of a national tournament, so I went there and bumped into a couple of guys I knew from playing against Tampa Bay. 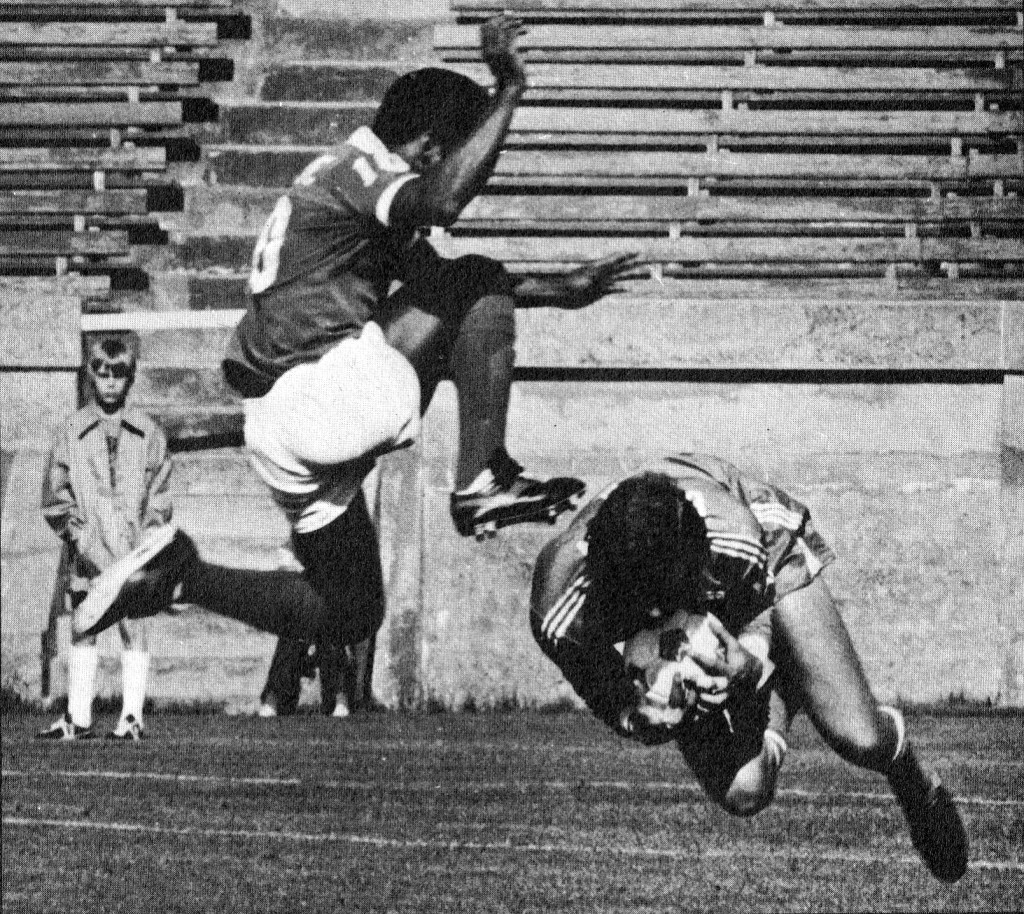 Jim on his way to shutting out Pele in a game against New York Cosmos,

“I have also had a drink with Peter Mellor, who basically didn’t come back after getting involved in playing and coaching in Canada and America, and Adrian Heath, Kevin Keelan and Barry Venison are among the others working in the game over there.”

It was at Peterborough that Barron, 71, linked up for the first time with Barnwell and became a coach under his managership. He was just too late in being appointed at Molineux, though, before Wolves arranged a friendly in Florida in May, 1981.

Barron now scouts for Everton – the club against whom he made his League debut for Wolves in a 0-0 draw in 1963-64 – and was at Molineux for last week’s Capital One Cup victory over Newport.