A Tale Of Two Rivals 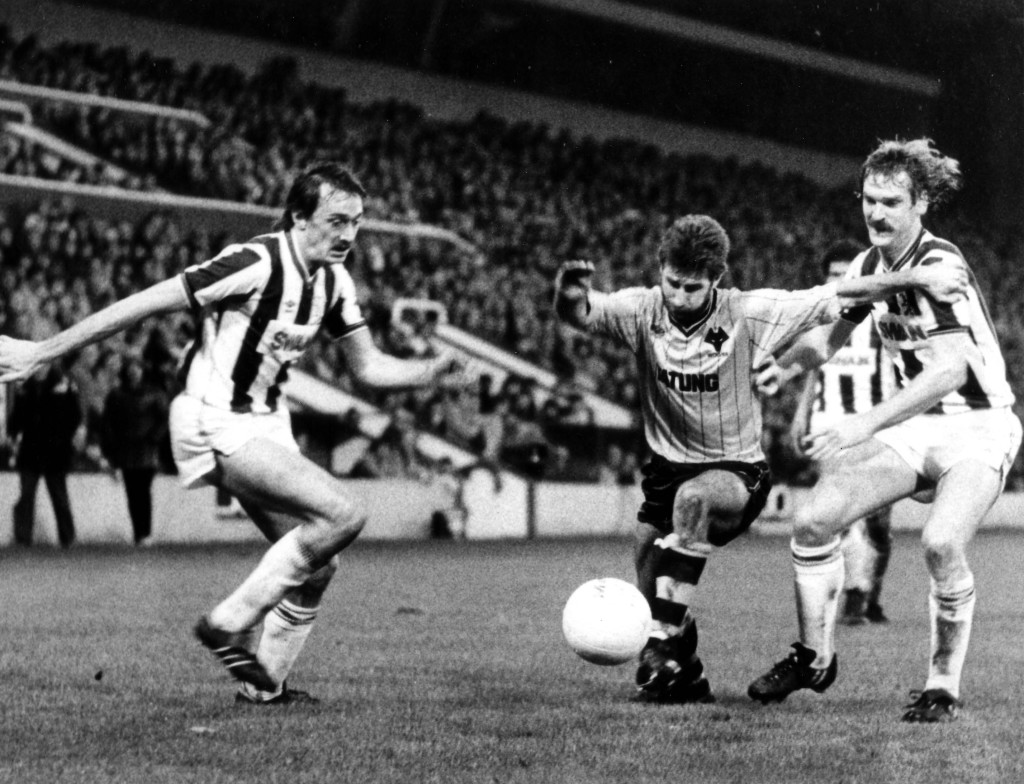 Robertson tangles with Andy Blair in Wolves’ win at The Hawthorns in December, 1982.

No man has totalled more competitive first-team appearances for Wolves and Albion than Alistair Robertson.

Of all the players to have served both clubs, none has remotely approached his staggering combined haul of 762 – that’s 136 in gold and black and 626 while at The Hawthorns.

Now the hard-man central defender is to explain what it was like as a star on both sides of the Black Country divide by going into print with his autobiography.

Robertson, who has a birthday today – ‘you don’t celebrate them when you are 63,’ he says – has been working on the project for the last two or three years with Bill Howell, a local journalist who covered both clubs during his long stint with the Birmingham Post & Mail.

“We hope it might be out later this year,” Robertson said. “It’s basically all the things that happened in my career, although I don’t want it to be taken too seriously.

“And it certainly won’t be boastful because I didn’t manage to win any of the major honours in the game or get a full international cap.”

Hang on……isn’t he being a touch modest here? He did play for Albion sides who finished third in the top flight, reached the last eight in Europe and fell at the semi-final stage of the domestic cups more than once. And, with Wolves, there were those happy trophy-lifting days in the lower divisions.

On top of that came recognition with Scotland at various junior levels, so it was a career excellently spent. But how did that cross-over of allegiances work?

“Obviously Albion will be seen as my main club because I spent the best part of 20 years there,” he added. “But we had a lot of success quickly when I was at Wolves.

“I felt thrown out by Albion, despatched. Ron Saunders was the manager and I remember saying as I left that I hoped the two clubs would pass each other while I was at Molineux. And we did.

“We just missed out on promotion in my first season there, 1986-87, then won the Fourth Division and Third Division in successive seasons and the Sherpa Van Trophy at Wembley along the way.

“I didn’t go back to Albion for two years and loved my time at Wolves. Obviously I had to win the fans over there at first and I was lucky to have the backing of two rival sets of supporters in my career.

“To see how much ruin Wolves were in when I got there was untrue. I was seen as the Granddad of the place when I went in and saw the dressing room as the thing I had to help sort out.

“Get that right and everything else would go along with it. There were a few issues in there at first but we got them sorted and the thing I most remember from Wolves was the camaraderie. It was great.

“Most players are the same when they reach a certain age….they know their legs are going but they miss the banter of the dressing room when they stop playing. I know I certainly did.

“The dressing room is the place you gee each other up on a match day. But at the right times in the week, it’s also where you can have some fun and laughter with your mates.

“Those four years at Molineux were brilliant for me. I knew my career was coming towards the end but we were lucky enough to have plenty of success. 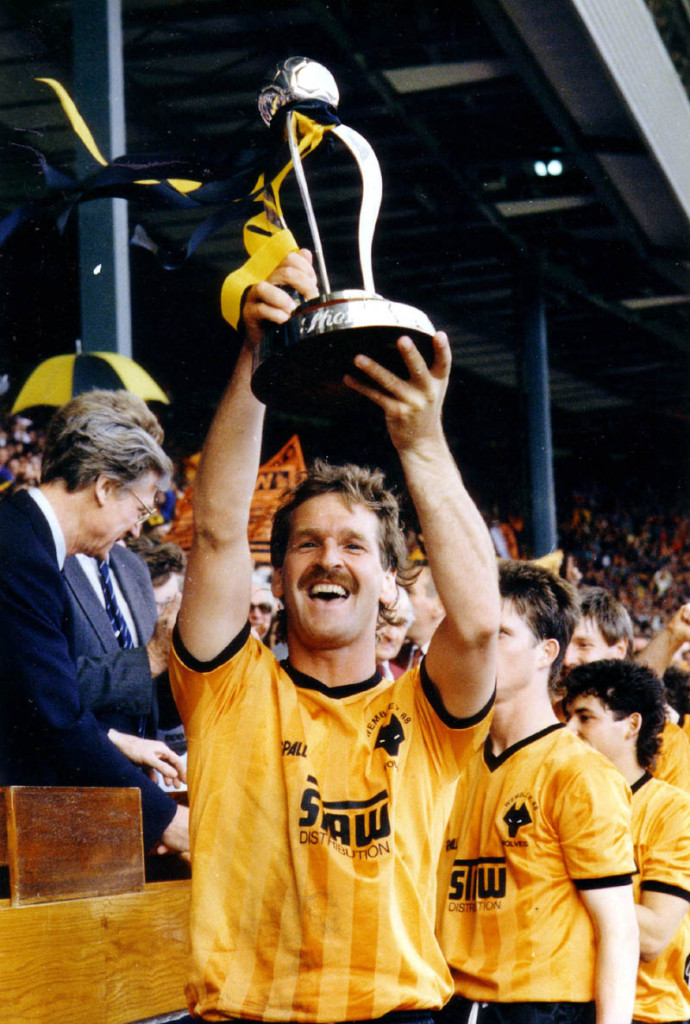 “There’s plenty of Wolves stuff in the book….to have been part of bringing that club back up from where they were was fantastic.”

Robertson, whose life story is as yet untitled, would almost certainly have topped the 800-game mark had it not been for the broken leg he suffered at Albion 44 years ago today on his 18th birthday.

He was out of the first team for more than a year as a result and also had a long absence in 1974-75 when left out by Don Howe in favour of the Wolverhampton-born David Rushbury.