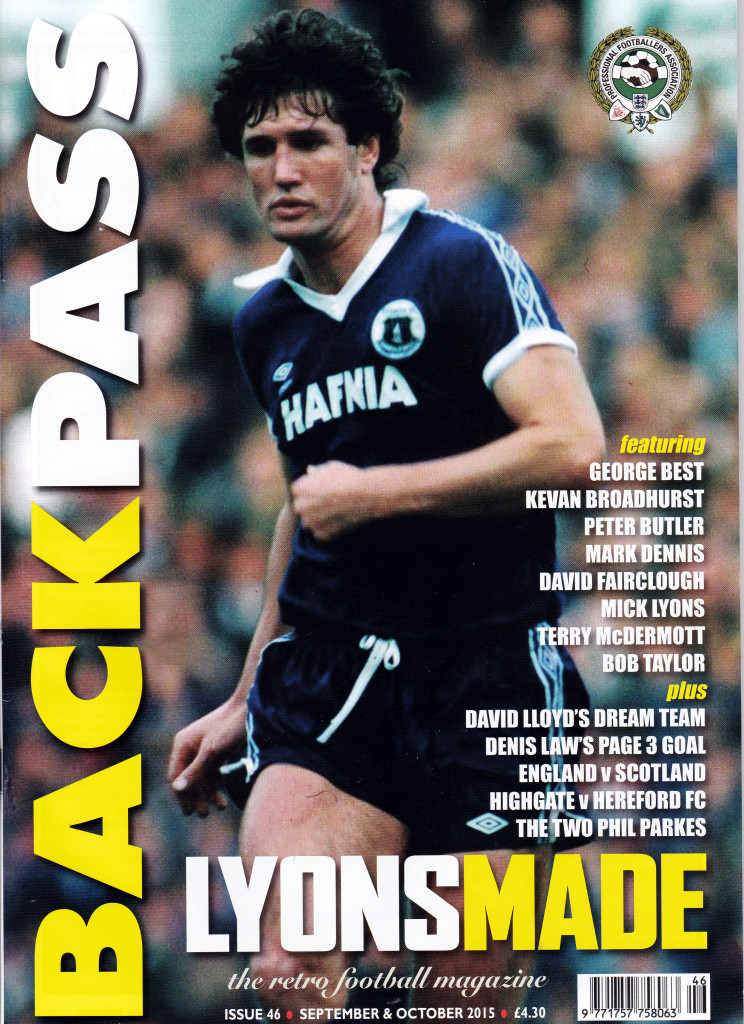 Look out for Mike Lyons on the front!

The job-seeking manager has returned to the gold and black family in a big way in recent weeks with three appearances at golf days organised by or involving one-time Wolves players.

And he was sufficiently impressed when reading Phil Parkes’s copy of the magazine at the tournament at the Wrottersley par-three course on Sunday as to immediately make plans to become a subscriber.

Lofty was featured in a nicely illustrated two-page piece about the two goalkeeping Phil Parkeses by the long-time Daily Express sports writer Norman Giller – a man he remembers as the organiser of the Wolves players’ pool at the 1974 League Cup final.

Less obviously, a piece about Terry McDermott at the front of the 64-page publication contains reference to Gerry Farrell – a name that might not be familiar to all of our readers.

Farrell grew up in the same Kirkby boys team as McDermott, Dennis Mortimer and others and was featured by Charles Bamforth on this site in November, 2013, as well as still being a golf friend of Paul Walker’s.

Sadly, there are also excellent tribute pieces on Danny Hegan and Des Horne by football’s premier obituarist, Ivan Ponting, who deftly describes Danny as ‘one of the game’s most enthusiastic socialisers.’

Steve Bull, Alan Ainscow, Tony Evans, Jim McCalliog, Tommy Docherty, Hary Hooper and Emlyn Hughes are other ex-Wolves men name-checked in the glossy magazine, which also contains an interesting take from Bob Bannister on the omission of various players from the big Albion v Wolves clash in the spring of 1954 because of international calls. Fascinating food for thought, indeed…..albeit perhaps something Dennis Wilshaw found difficult to stomach. 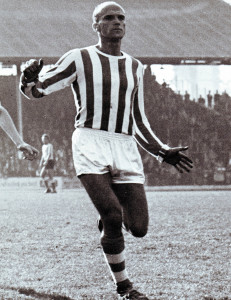 Gwyn Jones in his post-Wolves career.

Elsewhere, there is an article on Ivan Sharpe, a yesteryear contributor to Wolves’ match-day programme, and Gwyn Jones appears on a Bristol Rovers team photograph from the early 1960s.

Past issues of Backpass contain any number of articles about Wolves favourites and many can still be purchased.

Please click on the icon in the advertising area on the right side of this page for more details.