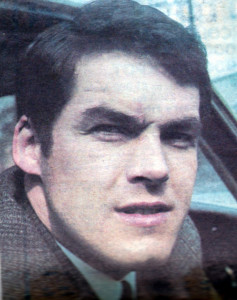 Such is our unquenchable thirst for knowledge about former Wolves players that we have recently sniffed out more information from the post-Molineux career of Frank Wignall.

A piece in a Nottingham Forest programme from 1980-81, which was a nostalgia article even then, has helped us fill in one or two more gaps on the one-time England centre-forward whose goals helped Ronnie Allen’s newly-promoted side stave off the threat of relegation in 1967-68.

Wignall netted nine times in 12 matches during a tense run-in, a crucial contribution that included all three in a crushing home win over Chelsea in the penultimate fixture.

But the feature we recently dug deep to find tells us of more firsts in a playing span that began at the age of 17 as Horwich RMI won their league and cup double.

He scored 84 goals while playing at a modest non-League level in his native Lancashire and joined Everton as a part-time pro in May, 1958, when Wolves were celebrating the second of their three League Championship triumphs that decade.

He made his Toffees debut in September of the following year in front of an astonishing 74,000 at home to Burnley, scoring within the first ten minutes and playing half a dozen or so games before the ‘Golden Vision’, Alex Young, returned to the line-up.

His record of 15 goals in 33 League games while at Goodison suggests he was unlucky not to have played a greater part in the Merseysiders’ title triumph of 1962-63, especially as he then ended his first season at Nottingham Forest as their 16-goal leading scorer after making his debut against Aston Villa on the opening day of a campaign that brought him a hat-trick at Bolton.

Such heroics were not a one-off. He is reported to have become, in October, 1964, the first Forest player for 30 years to be honoured by selection for the Football League – and he celebrated by scoring a hat-trick against the Irish League.

Later that year, he was twice capped for the full England side, his debut bringing him two goals against Wales at Wembley with former Wolves winger Alan Hinton making both from the left wing and Bobby Thomson, Mike Bailey (then of Charlton) and Ron Flowers also in the line-up.

A month later, he kept his place alongide Thomson and Flowers for a 1-1 draw against Holland in Amsterdam’s Olympic Stadium and scored nine times across his 11 appearances for England, the Football League and FA XI teams.

His 14 League goals in 1964-65 made him Forest’s joint leading marksman with Colin Addison but, in a Nottinghamshire County Cup game against Mansfield, he suffered the first of three broken legs that reduced him to only two full competitive games in a spell of nearly two years that included the World Cup. With Geoff Hurst coming to the international fore only in the weeks prior to the staging of the World Cup, who knows what might have been for Wignall had he remained fit and able to challenge for more than the two caps he won?

He was seen at the City Ground as the man who knitted together such talented front-runners as Ian Storey Moore, Joe Baker and John Barnwell and his last game for the East Midlanders was a friendly at home to Derby in March, 1968. 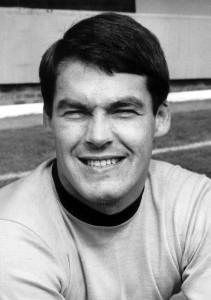 In the gold and black in an era in which he certainly knew the way to goal.

He cost Wolves £50,000 that month and hit a brace in a 6-1 romp against Forest in the April as his new club finished four points and four places above the bottom two.

Following impressive figures of 16 goals in 36 Wolves matches, Wignall was sold for £30,000 to Derby and it’s easy to visualise him being in the public eye in his 80s depending on where the 2022 World Cup ends up.

He served for five years as Qatar national coach and duly invited Brian Clough’s Forest team to go out there for a game that was drawn 1-1.