Birthday Bash With An All-Star Cast 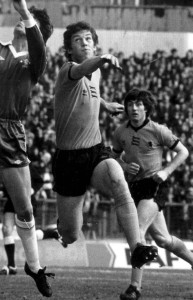 A rare array of Molineux personnel, past and present, are to amass next month to celebrate a landmark in the life of the most eccentrically named of Wolves’ many supporter clubs.

Forty years ago this autumn, three men in a pub towards the south-east edge of the Midlands decided to set up an organisation that has subsequently had the players round for Sunday lunch, persuaded Mike Bailey to referee one of their inter-club matches and hauled in members as far spread as Norfolk, Brighton and Sheffield.

Bailey is due to be in attendance again this time along with what we might term the ‘usual suspects’…..Willie Carr, John Richards, Steve Daley, Geoff Palmer, Phil Parkes and hopefully Derek Parkin and John McAlle.

In addition, a ‘yes’ has been received from Billy Rafferty, Graham Turner and Matt Murray, Bob Hazell hopes to be there and likewise Kenny Hibbitt depending on where his referee assessor duties take him that day.

Ron Flowers, Mike Stowell, Don Goodman and Rob Edwards have also been invited, along with Kenny Jackett, Joe Gallen, Jez Moxey, John Gough and Richard Skirrow from the present day, and the feelers have been put out for several others.

Clearly, Daventry Wolves (full name Daventry Dun Cow Wolverhampton Wanderers Football Club Supporters Club) have made a name for themselves over the decades and are still proving quite a pull.

“We would particularly like to reach all our honorary members and are still hoping to track down John Humphrey and Kevin Cooper,” said chairman Chris Cox.

“The first dinner we had was the night after we lost that famous game to Liverpool that condemned us to relegation in 1976.

“Our 21st anniversary was a big one and we tend to stage occasions like this every five years, so we’re hoping for a big turn-out on October 24, after the home game against Middlesbrough.

“We have been so lucky over the years with support from the club and various former players. As well as Mike Bailey coming to that first dinner and then to referee a game we played against London Wolves a few months later, we have had so many big Wolves names to our get-togethers.

“Bill McGarry, Sammy Chung, Graham Hawkins, Mark McGhee, Colin Lee and Mick McCarthy are among the ex-managers who have attended our functions and Kenny Jackett was with us in January. Mark enjoyed it so much that he asked if he could bring some friends along the next time.

“Another highlight was when the whole team came down for a meal with us on the day the side played a Sunday lunchtime game at Northampton in 1988 in the Third Division title-winning season.”

Cox, now resident in a different part of Northamptonshire, was one of three founder members of the club based in the town just off the M1/M45 intersection. 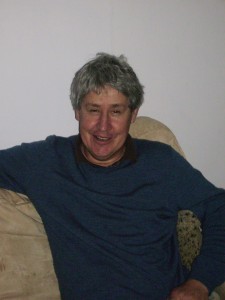 The others were the ‘still around’ Frank Hobbs and the initial driving force, Richard Meacock, whose very occasional attendance at matches these days is reluctantly accepted on the grounds that he has lived in Australia for the last 35 years.

“It was Richard’s idea to have the first dinner,” Chris added. “We were formed in the top bar at the Dun Cow in Daventry but they had an exclusive restaurant there as well.

“We congregate in the Great Western in Sun Street on match days and it’s fair to say that we are linked by a love of real ale as well as a deep love of Wolves.

“Subscriptions were originally set at 15p a week – the price of a pint in the mid-1970s – and only London Wolves are older than us. We were formed just before Cannock Wolves and Telford Wolves and have strong membership links with Bridgnorth as well as places like Milton Keynes and Sheffield.

“The North Bank was our traditional home and, although we had to relocate to the South Bank for a few years, we moved back when the Stan Cullis Stand was first built and had a block of 62 seats in there at our peak.

“We now have around 150 members. It fluctuates a little. We have been up near 200 and have taken coaches to the Sherpa Van Trophy final and the play-off final at Cardiff as well as minbuses to many other games. 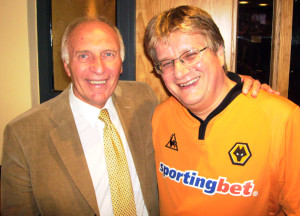 “We started off partly as a way of supporters from this area meeting up to make it easier and cheaper to travel to matches but we have of course developed well beyond that level and it shows how we have grown that so many well-known figures from the club want to celebrate with us.”

The October 24 dinner is open to all – anyone interested should email ddcwwfcsc@hotmail.co.uk for further details.