A Month With A Sad Start And Finish 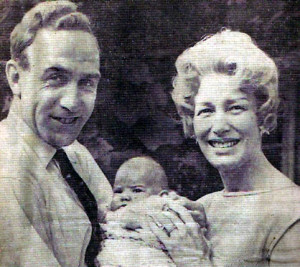 A press cutting of Billy, Joy and their first-born.

Tuesday, September 1: Was interviewed on BBC WM after the death was announced of Billy Wright’s widow Joy Beverley at the age of 91. I didn’t know her well but recall those Beverley Sisters choruses on special Molineux occasions around two decades ago and always found her patient and courteous when I rang Billy. Yes, those were the days when an England captain with 105 caps let you have his home telephone number.

Sunday, September 6: Have been enjoying engaging 1960s Wolves coach Gerry Summers in dialogue after we received an email from Liverpool supporter Stan Strickland in Anglesey. Stan told us he had recently written his life story, mainly for his grandchildren, and mentioned how, as a 14-year-old many decades ago, he received a signed picture and ‘beautifully written two-page letter’ from Gerry. “As a kid, you remember people like that and I would now love to send him a copy of that page from the book,” Stan said to us. It was something we were more than happy to help facilitate.

Tuesday, September 8: Turned up unannounced on Phil Parkes’s doorstep in Fordhouses to tell him an old acquaintance of his from the north-east would like to talk to him. It was relative of Danny Hegan’s; someone upset to have been abroad at the time of the former Wolves and Albion player’s recent funeral. I passed my phone on to Phil in mid-conversation, so he could fill in some of the gaps.

Thursday, September 10: Was delighted to open an email praising Peter Russell, the 1950s Wolves centre-half we featured through members of his South Africa-based family early last year. Rod Stanley’s loyalties are at Meadow Lane rather than Molineux but he wrote: “Would it be possible to relay to Peter’s family how much I enjoyed watching him play for Notts County? He was a great player who should have and could have played for England but he was ill advised and drifted off into obscurity. Unusually, for those days, he would go up(field) and scored five wonderful goals with his head from centre-half. I understand he is not well now but he was a fantastic player who gave me so much pleasure.”

Sunday, September 13: It’s time I stopped stalking these Wolves players! Was with a handful of them at the Forest of Arden golf challenge on Friday and in the company of several more of them today much closer to home at Wrottesley, Perton. Lofty and Dave Jones were present at both events.

Tuesday, September 15: Wow, what a full-on day at Molineux! In the few hours in between taking minutes at both a building industry conference (attended this morning by Steve Morgan) and tonight’s Wolves Fans’ Parliament, I was able to welcome Maurice Daly on his first visit to the ground for more than 35 years – and set him off on a guided tour. More to follow on this both on here on Saturday and in the match programme for the visit of Huddersfield. 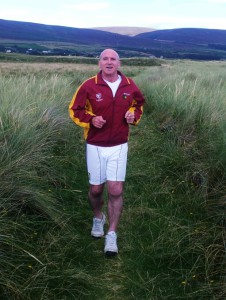 Wednesday, September 16: Great to hear from John Black that his recovery from the knee surgery we wrote about some weeks ago is still going well: “It’s nine months on from the the replacement now….a complete success!” he wrote. “I run for miles most days and am playing in a charity match in a fortnight. Can’t wait!” Our thanks go separately to John after his desire to stay in touch with Molineux matters from his home in the north of Scotland was illustrated by his order of the recently published Wolves All Over The World book in which he is mentioned.

Saturday, September 19: Lovely to see the always-polite-and-approachable Kevin Foley back at Molineux and summarising on radio at the Wolves v Brighton game. He still has a home in Sutton and is assessing his options after shoulder problems cut short his time with Stale Solbakken in Copenhagen. Stopped off for petrol in Fordhouses on the way home and was pleasantly surprised to see Carl Ikeme and Adam Le Fondre filling up at the same time, each apparently oblivious to the other’s presence there.

Saturday, September 26: Heard that Workington are holding a minute’s applause before their FA Cup tie with Harrogate this weekend in tribute to Joe Wilson, whose death we wrote about yesterday. It seems quite apt because it was in a Cup tie against Nottingham Forest that he blotted out Dick Le Flem (later of Wolves), persuaded Forest to buy him and so launched himself on his career in the top flight.