A Weekend With The Richardses

Billy On His Way Back 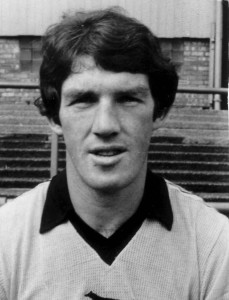 Billy Rafferty at Molineux when the ground looked a whole lot different.

Billy Rafferty is relishing the thought of his impending return to Molineux – and looking forward to meeting the mates who helped make his stay a happy one.

The burly striker turns 65 in December and is savouring the prospect of chatting over old times when he attends the Daventry Wolves Supporters Club 40th anniversary dinner next weekend.

“I can’t exactly remember when I was last there,” Rafferty said. “I recall being at a dinner some seasons back and also at a match against Arsenal when Thierry Henry was playing. But I’m struggling to put years on when they were. I know I sat next to Bert Williams at the dinner.

“We were happy living in Tettenhall when I was at Wolves and we’re looking forward to staying again with Pam and John Richards.

“John and I roomed together. He was our main man and my job was to sing him off to sleep so he was well rested come kick-off time! I used to favour the Rod Stewart song, Sailing.

“I don’t think he goes to many matches these days but Willie Carr does, so I hope to go with him to Wolves v Middlesbrough in the afternoon.

“I knew Willie from playing alongside him at Coventry and I actually felt very familiar with many of the Wolves lads before I signed there, purely because I had faced them plenty of times from a young age.

“I left soon after Andy Gray signed in 1979. I had been to see the manager a few times but I know Richie Barker wanted me to stay. I just couldn’t see myself getting a regular game.

“Apart from him and John, Mel Eves was pushing hard and Wayne Clarke and Norman Bell were around as well. As it happened, I might have played a few because Andy and John had their injury problems.”

As events transpired, Rafferty departed to Newcastle after 50 games and eight goals for Wolves, who he had joined from Plymouth in 1978 during the Sammy Chung reign.

“I felt frustrated that I couldn’t show more at Wolves,” he added. “I picked up an ankle injury after four or five games and it dragged on for ages, although I played through it.

“I suppose reaching the FA Cup semi-final in 1979 was the highlight of my time there. We played poorly against Arsenal but it was an achievement to reach the last four and I remember we still had a good night out afterwards.

“We ended up at Romano’s Italian in Tettenhall, which was one of our favourite restaurants. And I remember watching the highlights of the game on Match of the Day with the other lads.

“There was no rotation of players in those days and I pushed for a move because I could only see myself playing in the reserves. It was only when I played in Portugal a few years later that I first saw the squad system.

“One or two clubs were after me, including Luton and Derby, but I chose Newcastle because they had such potential.

“Unfortunately, I picked a bad time to go there. Bill McGarry was the manager but there was trouble in the boardroom and that seemed to affect things on the pitch.

“Our son, who is a golf teaching professional, has just moved homes in the locality up here in Carlisle and it got us talking about how we must have moved 20 times.

“My wife Elaine, who I’ve been married to for just over 40 years, did most of the work, of course, and we often seemed to move from one end of the country to the other.

“I went from Coventry to Blackpool and then from Plymouth to Carlisle and on to Wolves. There was never any chance of staying in the same house!

“The biggest upheaval, though, was when I went from Newcastle to Portsmouth. I remember there being two feet of snow in the garden when we left the north-east. When we reached the south coast, I was in just my t-shirt.” 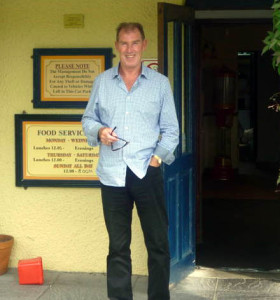 Billy in his casuals in recent years.

The quietly spoken Glaswegian also reports favourably on the fortunes of former Wolves skipper Keith Curle in his role as manager at Carlisle.

“They won again yesterday and he has got them trying to play it our from the back. They needed to tighten things up at the back because they were conceding too many goals but they generally score plenty when their strikers are fit.”