Where Diving Is Not Frowned Upon 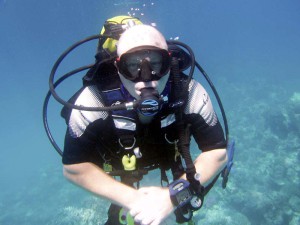 Bob Coy pulled out of football coaching when he decided the youngsters under his control were less committed than he was. But, despite no longer even going to games, professional or amateur, he still sees plenty of diving – and even partakes in it!

The early 1980s Wolves defender is recently back from his latest thrill-seeking trip in the ocean depths and already planning the next adventure.

“I lived on a boat off the coast of Egypt for a week and went down to see a ship that had been destroyed in the Second World War with 19 lives lost,” he said. “It still had the shells and trucks on it.

“I’ve been to the Red Sea several times and have done 25-30 dives now where we’ve been checking out wrecks on the sea bed.

“It’s my passion and I’d do it even more if I didn’t have to make a living here. I’m already thinking of the next location with a friend because my wife doesn’t like boats and gets seasick on a lilo!”

Coy’s latest diving trip was centred off Sharm el-Sheikh, the Egyptian resort that has been in the news for tragic reasons over the weekend.

“It is handy because it is only five and a half hours away from here,” he added. “I’ve been as far away as the Maldives but never made it yet to the Barrier Reef in Australia.

“Seeing the wrecks and the reef at these different places is an exciting combination but I actually think I’m going back to checking out sharks for a while.

“I have done this plenty of times as well and been bumped by one or two that are curious and wondering whether you might make a nice meal! 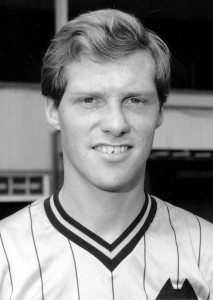 ….and more recognisable in his Wolves kit

“But they are less likely to attack someone swimming down there than someone splashing out on the surface because they think that sounds like a fish. They are also more inclined to attack from below, so being at their level is regarded as safe.

“There are very, very few attacks, although I’ve been up very close with an oceanic white tip, which is said to be the fourth most dangerous in the world.”

Coy, a defender who played 47 first-team games for Wolves, is manager of the Kidderminster branch of HSS hire group.