Keeping In Touch With The Stobarts

Saturday, November 7: What kind of an anorak would know that it was on this very same date in 1987 that Wolves, like this afternoon, welcomed Burnley to Molineux? It was in the Fourth Division that they faced each other 28 years ago, with Graham Turner’s side running out 3-0 winners in front of 10,002 – the club’s first five-figure attendance of the season. The big shock back then was that Steve Bull didn’t score. 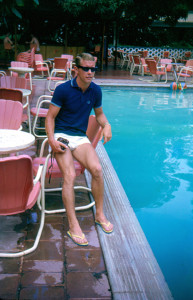 Barry Stobart chills out on Wolves’ 1964 tour of the Caribbean.

Monday, November 9: Bumped into Barry Stobart’s widow Maureen – a former Express & Star colleague – at a petrol station near her Sedgley home. Coincidence. I had also briefly seen her outside Molineux two days ago and not had time to chat.

Tuesday, November 17: Was delighted to play a part in setting up another nice surprise for mid-1960s Wolves man Bobby Woodruff, who we recently reconnected with both Ernie Hunt and Ron Flowers. So impressed was Leicestershire-based Wolves fan Mike Roberts with the new Wolves All Over The World book he bought that he sent us another cheque so we could ship off a copy to South Wales for Bobby, who had been helpful to him in signing some old keepsakes. Bobby features in the £19.99 hard-back both on Wolves’ trip to the West Indoes in 1964 and the one to West Germany just over 12 months later.

Saturday, November 21: Was interested to see Chris Iwelumo speaking eloquently as a studio guest on the new Saturday night Football League show and speaking, from a neutral perspective, of Huddersfield’s bold youth policy under new management. He was, of course, in a youth development role at Wolves earlier this season for a mere few days.

Friday, November 27: Called at John McAlle’s lovely house not far from RAF Cosford on book-delivering duties and enjoyed the chat that followed about Bobby Gould. The striker’s name cropped up when we discussed the weekend’s Wolves v MK Dons fixture and the fact that he had managed Wimbledon to FA Cup glory at Wembley in 1988, two weekends before Wolves beat Burnley at the same venue. “I loved Gouldy,” John said. “He was always so committed.”

Saturday, November 28: Had a good natter over lunch in the Molineux press room today with Andy Thompson, who was comparing the Paul Cook he knew at the club with the one who was continuing to make good strides in management. Despite the Portsmouth manager’s well-known love of a good night out, he insisted he was always a superb trainer during his Wolves career.

Monday, November 30: Interesting to note the fortunes of two past occupants of the home technical area at Molineux. John Ward is temporarily in charge of Walsall after the departure of Dean Smith and Richard O’Kelly to Brentford and Dean Saunders is at Chesterfield no more as Cook’s successor following the 4-0 home defeat against Swindon on Saturday that ended his -month reign. 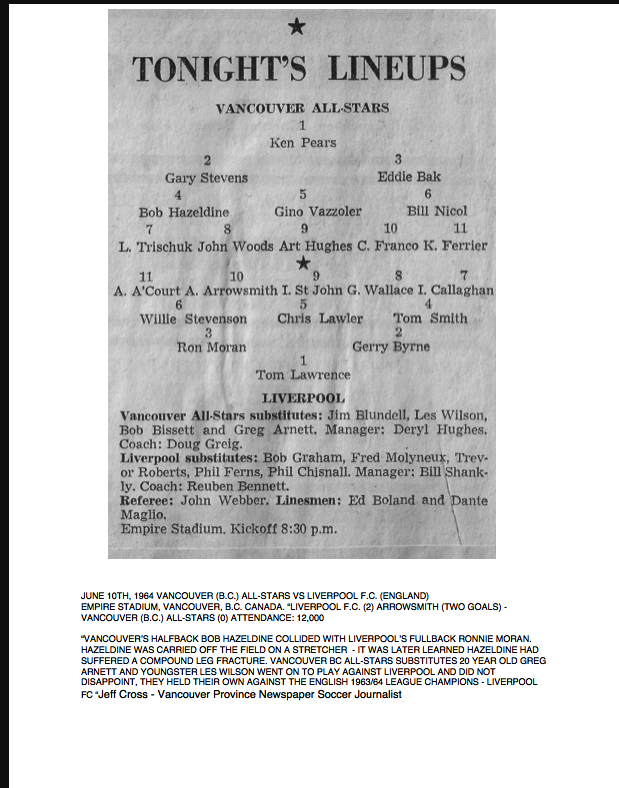 Tuesday, December 1: Have been reflecting on the weekend email Les Wilson sent in tribute to the ‘wonderful footballer’ Gerry Byrne, who has died at the age of 77. Les has a magnificent stash of souvenirs from his time as a player, coach and manager, one of which is a programme from when he was a substitute for a Vancouver All Stars side in June, 1964, against a touring Liverpool team for whom Byrne was at full-back.