What better way to look ahead to the teatime Wolves v Reading clash than to indulge ourselves with memories of notable matches from Christmases past?

Here are some of the best from Molineux Boxing Day folklore of the last 60 years, although several relate to away games…. 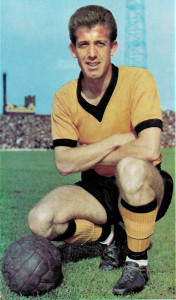 1958: Portsmouth 3 Wolves 5 Did life get much better for Wolves fans than this? The club were on their way to retaining the League crown they had won the year before as they softened poor Pompey up for the 7-0 annihilation they would suffer at Molineux the following day. A Peter Broadbent hat-trick led the way at Fratton Park, with Norman Deeley and Colin Booth also on target in front of a 28,000-plus crowd.

1960: Wolves 3 Aston Villa 2 Two days after Stan Cullis’s men had won 2-0 at Villa Park came this exciting follow-up. Fred Potter, in for former Wolves man Nigel Sims in Villa’s goal, had an unhappy time of it, being bundled over the line by Ted Farmer for the opener and being beaten beaten by the centre-forward mid-way through the second half. Jimmy Murray added a third from a penalty before Gerry Hitchens pulled two back late on for a Villa side who had spent the previous season in the Second Division.

1964: Wolves 0 Aston Villa 1 It’s rare that we would choose to highlight a defeat here but this game in the snow was a landmark one in as much as it marked the Wolves debut of Dave Wagstaffe and also the last of Peter Broadbent’s 497 matches for the club in League and cups. The return was to have been played later in Christmas week but was postponed because of heavy frost and rearranged for late March – not long after relegation-bound Wolves had won a three-match fifth-round FA Cup tie between the clubs.

1966: Derby 0 Wolves 3 Derby had scored three in the first half when losing 5-3 at Molineux two days earlier but were held here by a Wolves team keeping a clean sheet for the first time in eight games. The Rams had Kevin Hector fresh out of the Fourth Division but he was kept in the shade as Hugh McIlmoyle nodded the visitors in front shortly before half-time. Bob Hatton pushed in the second and Terry Wharton embarrassed Reg Matthews by netting the third from 30 yards. The double left Wolves a point clear at the top of Division Two.

1970: Wolves 2 Everton 0 Two goals by Derek Dougan, both in front of his adoring North Bank, sent the reigning League champions home empty-handed from a snowy Molineux. It was Wolves’ first Boxing Day triumph for four years and came during a run of seven League games unbeaten that also accounted for Chelsea and Derby, the latter on a mudbath of a Baseball Ground pitch.

1972: Wolves 2 Leicester 0 This may look routine – even down to the identity of the scorers (Dougan and Richards). But the victory that lifted Bill McGarry’s men back into the top six is included in our list as it may resonate with younger fans, coming as it did against the club who have been the Christmas number one in 2015-16.

1977: Wolves 3 Leeds 1 The newly-promoted side under the managership of Sammy Chung fell behind to a goal by Joe Jordan but recovered superbly, especially as they had gone five games without a win and been heavily beaten in the last three of those. Two goals from John Richards and one from Martin Patching did the trick for a team who were defeated only by a twice-taken Phil Neal penalty at Liverpool the following day.

1990: Sheffield Wednesday 2 Wolves 2 Ron Atkinson was left fuming after Wolves had hit back from two down early on to salvage a draw that set them up for the ‘Rob Hindmarch derby’ at Albion three days later. Paul Cook and Steve Bull scored in the last 18 minutes in front of almost 30,000 at Hillsborough against a team who would win promotion that season. 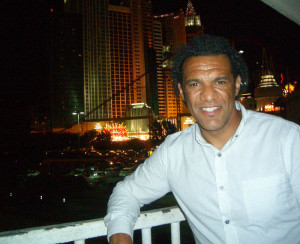 1996: Wolves 3 Oxford 1 Remarkably, this was Wolves’ first December 26 victory for 18 years, achieved by two goals from Simon Osborn and one from Don Goodman. Oxford would also be sent packing from Molineux on Boxing Day the following season and had been beaten by two late goals there on December 27 in 1993-94. They even had manager Denis Smith sent to the stand on this occasion for encroachment on to the pitch.

2006: Derby 0 Wolves 2 Mick McCarthy’s men brought Wolves out of another run of Boxing Day woe by stunning a near-32,000 crowd at Pride Park. Seyi Olofinjana hit his second goal for the club and the success was sealed by Michael Kightly, who had arrived at Molineux not long before and would go on to be one of the success stories of a happy season.

2014: Watford 0 Wolves 1 The live TV cameras were there to capture this impressive Wolves victory – at the home of a club who are now making considerable waves in the Premier League. Nouha Dicko’s close-range finish just before the hour ensured it was all white on the night for the visitors, who, in their change strip, made it a happy return to Vicarage Road for head coach Kenny Jackett.