Fitting Accolades For Don Of Wolverhampton

Howe And His Molineux Admirers 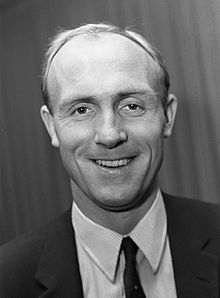 Several former Molineux men have joined the chorus of tribute to a man born, raised and often resident in Wolverhampton – one who surprisingly escaped the club’s clutches.

Don Howe was enough a part of the town’s fabric as to have attended St Peter’s Collegiate School and then commuted from his home in Tettenhall while coaching at Arsenal many years later.

Although recognised as an Albion playing great and a failed manager at The Hawthorns, Howe was a boyhood Wolves fan who remained good friends with any number of members of Stan Cullis’s playing staff, especially those who were colleagues of his in the England team.

But senior figures of a different vintage have come forward to speak up in praise of the man who died two days before Christmas at the age of 80.

“His record is simply brilliant,” said Les Wilson, who went on to manage the Canada team to the 1986 World Cup finals in Mexico.

“I am sure that Wolves players like Dave Woodfield, Graham Hawkins, Peter Knowles, Dave Maclaren, Dave Cooke and myself who took their formative PFA coaching licences with him at Albion’s training ground and in their gym would all say he was a great coach and excellent teacher of the game.

“He was very worldly and experienced in top-flight coaching – after all Arsenal went on to win the double with him as coach. This was one hell of an achievement, then (in 1988) he helped our Bobby Gould win the FA Cup for Wimbledon against Liverpool.

“He was a special coach for so many years and now a great loss. I am sure Arsene Wenger would feel exactly the same about him. He was a world-class Black Country-born coach who, with men like John Jarman at his side, certainly inspired us.”

While Les emailed us his thoughts from Vancouver, we received a message from Northern Scotland expressing similar sentiments.

“I spent my summer and Christmas holidays training at Arsenal at a time when they were about to win the double,” said John Black – a first-team player at Wolves later in the decade.

“The first bit of coaching I ever received was from Don and it stuck through my career. Some of the best young players in Britain were there at the time, including Laurie Cunningham and Liam Brady, and we were taking part in attacker v defender drills, with the forward trying to get a shot in. Then we reversed the roles.

“After a short time, Don stopped the session and lined us up ready for a race. He asked us how we were going to set off and pointed out that we had been standing square on in the one-to-ones whereas we were now on our toes ready to sprint. That, he said, was how we should also be, when facing an attacker.”

Wilson and his wife Lois played host almost three months ago to Barbara and Bob McNab, the full-back who spent a season at Wolves in the mid-1970s but is better known for his presence among Arsenal’s double winners.

We were fortunate to be offered some insight as well from the Highbury legend, who said: “He was loved by the players but I think he struggled as a manager because he was so straight and honest.

“I will always remember him coaching the Arsenal reserves under Dave Sexton, who I thought was a lovely man and a coach. Dave was a wonderful attacking coach but didn’t have much of an idea about defence, so we ended up playing man-for-man all over the field.

“Don and I used to spend a lot of time discussing that topic and he showed tremendous courage to change the system as we had enjoyed a little success playing man-for-man.

“He was also a wonderful man away from football; honest, trustworthy, brave, kept his word.

“He loved to play golf, so, even after my retirement from football, I continued playing with him at his course in Radlett with Frank McClintock, George Graham and Bob Wilson on many occasions. The expression ‘they don’t make them like that anymore’ seems to ring true.

“I just feel so lucky to have been able to spend so much time with one of the best coaches the world has seen and one of the nicest men I have ever crossed paths with. I loved him and will miss him always.”

David Harrison, the Express & Star’s Wolves man in the early 1980s, recalls once accompanying Howe by design when jumping on a crack-of-dawn train that took them from Wolverhampton to the capital on a normal training day with Arsenal.

And he has further memories of the man who, along with Cyrille Regis, received an honorary degree from Wolverhampton University in September, 2001.

“It seemed strange to see him among the general chaos of a London working day and to think he was going off to coach some of the best players in the country,” he said.

Bob McNab in action for Arsenal against Wolves – the club he joined in 1975.

“I was with him to write a feature for the Star and he told me he always used the journey down there to think over what drills he was going to do on that particular day.

“After that, we bumped into each other in various parts of the world when he was coaching with England as well and he would always call me ‘Wolverhampton’!

“The irony of that was that he never lost his own strong Wulfrunian accent despite eventually setting up home in a lovely area near North London and staying there for many, many years.”