The Shirt That Inspires – The Full Story 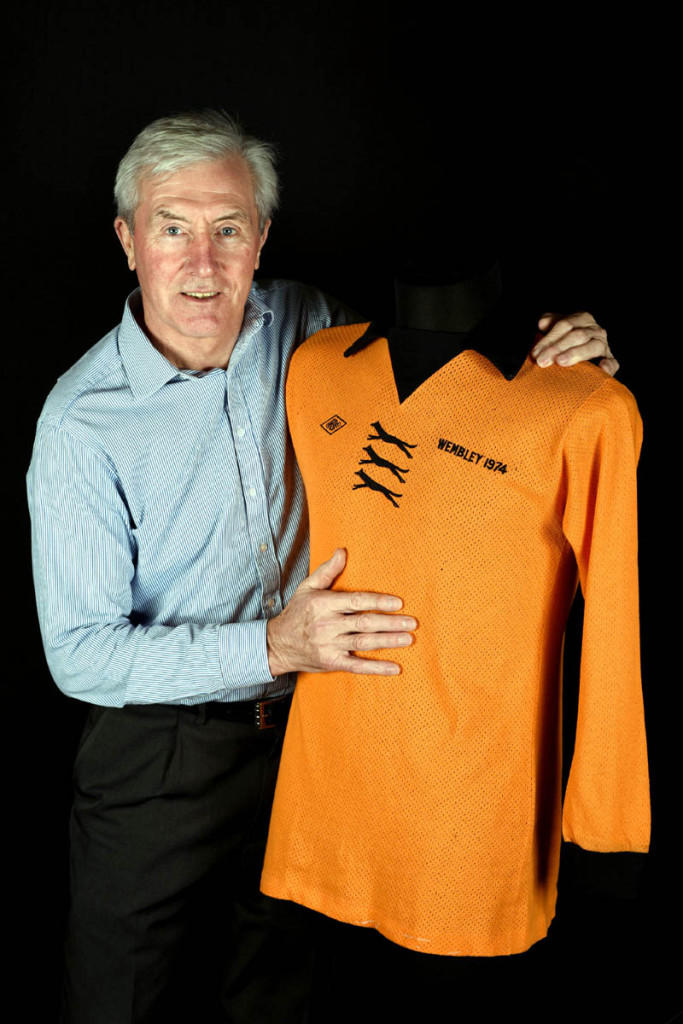 Wembley match-winner John Richards with the 1974 shirt he wore with such pride and to wonderful effect.

Molineux has played host to a mammoth photo studio session as an important phase of a project celebrating the much-loved club colours.

Half a dozen former players, along with members of Wolves’ staff, were present at the start of FA Cup weekend as building blocks were put in place for a unique book that is due out in the autumn.

‘They Wore The Shirt’ is the brainchild of lifelong Wolves fan Steve Plant and tells the story of the changing (old) gold jersey through the decades, along with the club’s various second strips.

“Nothing like this has ever been done before about Wolves and, when you look at how many fans buy and wear replica tops, you can see what a love there is for the shirt,” he said.

“Friends of mine will know what a passion I have for them – and a collection to match – and there are so many stories to be told behind them that I feel this really should be done.

“Wolves have kindly come on-side with it and the emphasis is on quality. I’m doing this properly and am so grateful that the players posed for publicity photos and in some cases for photos that will appear in the book.”

Ed Bagnall, assisted by his ‘Molineux fixture’ father Dave, took charge of the photo session, which lasted for most of the day in the Game Zone in the outstanding club museum.

Synaxis’s Simon Pagett, a key man in the production of Wolves’ match-day programme, is on board as designer, with Richard Green – a former Express & Star director and an emerging force in the club’s Former Players Association – lending his skills from a career spent in the print industry. Wolves Heroes’ David Instone is charged with delivering the text.

“Wolves were a great help in opening their cabinets for us to photograph jerseys on display there and, with those I have plus others we have borrowed, the finished product, over 250-plus pages on top-quality paper, will be stunning. The sharpness of the pictures is brilliant.”

A limited edition of 2,000 copies is planned, with 250 of them numbered and available to shirt sponsors and subscribers. Copies numbered one to 11 will be auctioned nearer the launch date, which will be around October of this year. 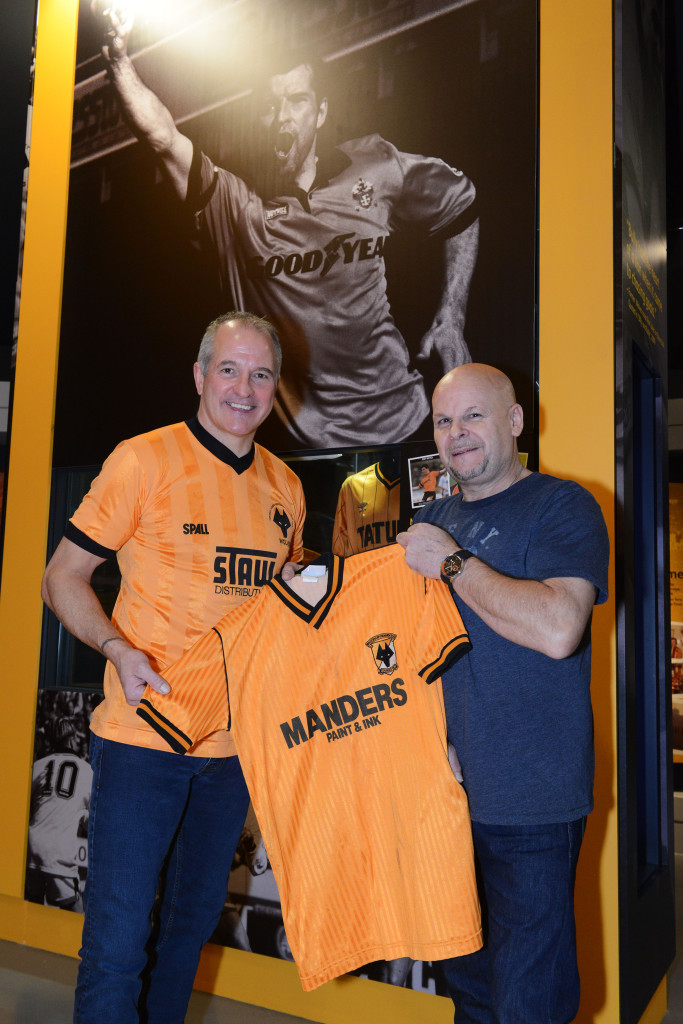 Steve Bull with publisher/co-author Steve Plant in the Molineux museum….the original shirt still fits him by the way!

We, at Wolves Heroes, are delighted to field any enquiries from our readers but Steve Plant himself is available by ringing 07973-891390 or alternatively by email on wolvesandengland@hotmail.co.uk

The hard-back publication will cost £25, plus delivery, and other incentives, like a roll of honour at the back, are in place.

Wolves Heroes, as shown by the presence of Richards and Instone yesterday, remain firmly behind this wonderful charitable project and will be giving updates about it in the coming months.