Cup Conquests With A Gold Edge 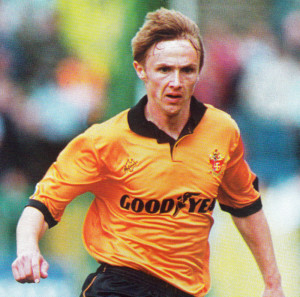 Kevin Keen soon after his arrival at Wolves in 1993.

Up And Running With A Mini Giant-Killing

Our eye was drawn to the starring roles played by several former Wolves players during FA Cup weekend – and what last night’s fourth-round draw did for them.

Congratulations to Kevin Keen on following a 1-1 League One draw at Oldham on his debut in the hot seat by achieving his first victory as Colchester’s new manager; a worthy one as well by 2-1 at home to Charlton from a division higher.

Colchester have a plum draw at home to the winners of the Leicester v Tottenham replay while Paul Cook, as Portsmouth boss, will be hoping his team can see off Mick McCarthy’s Ipswich in next week’s Fratton Park replay and seal an attractive south coast derby at home to Bournemouth.

Pompey, pushing for promotion from League Two under a manager who has already taken Chesterfield up from that division, were indebted to former Wolves youngster Kyle Bennett for coming up with their first goal in the 2-2 draw at Portman Road.

Stephen Ward had good reason to remember the opportunist goal he hooked in to give Burnley victory at Middlesbrough on Saturday and set up a visit to holders Arsenal in the next round.

It was his first appearance on the score-sheet anywhere in first-team football since May, 2014, and came in a side also containing Sam Vokes, Michael Kightly and David Jones.

Two other ex-Molineux men – team-mates as it happens in the late 1990s – have attractive home ties against Premier League opponents to ponder.

Nottingham Forest’s victory over Championship rivals QPR has led them to them being handed a City Ground clash with Watford while Keith Curle, as Carlisle chief, will be eyeing a money-spinning visit from Everton if they can first overcome Yeovil. 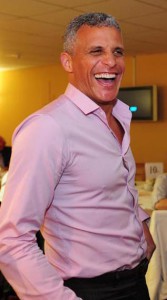 Keith Curle……pictured during his career in the dug-out.

The Cumbrian club have been taken to the hearts of many for their unselfish work in a community ravaged by floods and their 2-2 draw at the weekend was played at Blackpool rather than Brunton Park.

The fact that Yeovil equalised in the third minute of stoppage time must have left Curle and his team thinking that it never rains but it pours.