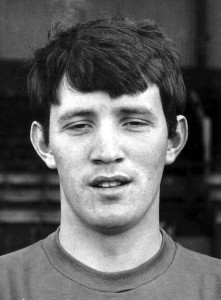 Visiting keepers have long enjoyed the reception they have been given by Anfield’s Kop in recognition of heroic efforts.

Evan Williams has an altogether different story to tell, though, of admiration from behind him when he performed in the shadow of British football’s most famous piece of terracing.

The late-1960s Wolves keeper had one of his higher-profile first-team outings at the venue, saving an 83rd minute Tommy Smith penalty on the 1967-68 visit by Ronnie Allen’s newly-promoted side, only for a retake to be ordered – and for Willie Stevenson to drive home the decider in Liverpool’s 2-1 victory.

But it was a separate trip to Merseyside’s red sector that led to the Scot with a Welsh name joining his beloved Celtic early in 1970.

Eagle-eyed Charles Bamforth, who spoke at length to Williams for his 1992 book, In Keeping With Wolves, discovered a Desert Island Discs type of interview with him on the Internet and kindly sent us the relevant link (https://audioboom.com/boos/2743503-desert-island-tims-with-evan-williams).

In it, a man now aged 72 spends 55 minutes discussing his career, especially the substantial Celtic part, and playing his favourite music tracks.

And there’s an interesting insight into how he came to move from Molineux, where he made only 15 senior appearances, to Parkhead.

“Wolves were playing at Liverpool Reserves and Sean Fallon (the legendary long-time assistant to manager Jock Stein) came down to watch me,” Williams tells listeners.

“Liverpool won the (Central) League every year and the stand was full of people, with one man on his own behind the goal. Frank Munro was playing and said to me: ‘There’s Sean Fallon…..he’s watching me.’ They actually watched me on eight or nine occasions!

“In between times, I went to Aston Villa on loan for four months, with Tommy Docherty, and thought Celtic couldn’t be interested in me.

“But Jock Stein rang and said: ‘Don’t be doing anything until we speak to you.’ Doc offered me over £100 a week, with £2,500-£3,000 signing on. Newcastle offered the same and Wolves said they would give me a four-year contract.

“I said to Bill McGarry that we had a promise that if a team came in from up north, Wolves would let me go. I spoke to Stein and got the train to Glasgow.

“I lived about ten minutes from Wolverhampton town centre (in a club house in Penn) and had half an hour to get my case packed and catch the train. 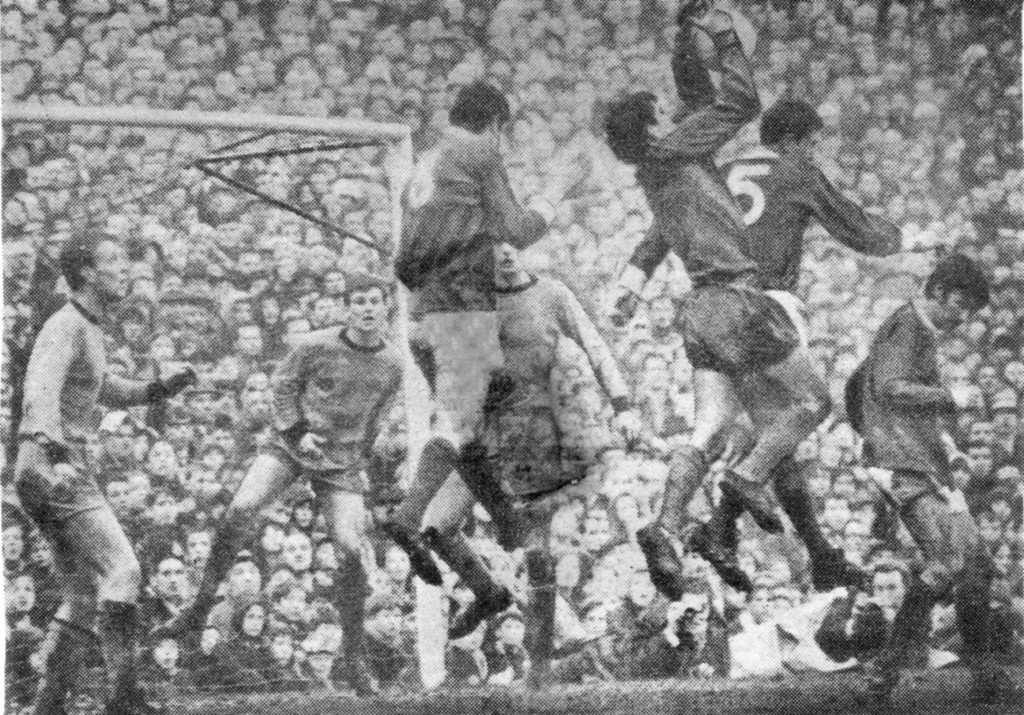 A safe catch by the Dumbarton-born keeper in Wolves’ 3-2 home defeat against defending League champions Manchester United on December 30, 1967. Graham Hawkins, Bobby Thomson and John Holsgrove are the defenders pictured while George Best (right) is among the United attackers in view. The crowd at Molineux was 53,940, almost 10,000 more thaqn that having witnessed the Old Trafford clash of the clubs four days earlier.

“Celtic played Ayr that night in the League Cup semi-final and Ronnie Simpson was carried off. It was my ambition to go there…..it worked out just right.”

Williams revealed that he moved for £50 a week and a £1,000 signing-on fee. With Celtic, he won the League four times, the Scottish Cup twice and played in a losing European Cup final against Feyenoord in 1970 in Milan.

He had joined Wolves from Third Lanark in 1966 and also attracted interest from Birmingham. As we have reported before, he even played some outfield games in Wolves’ junior teams just to be involved but attributed his development among the log-jam of talented keepers at Molineux to the expert tutelage of Fred Davies and Bert Williams.