Lofty Next For JR 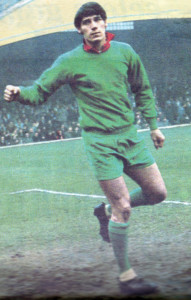 Phil Parkes, as Wolves fans will remember him from the late 1960s.

Our determination to keep John Richards’s popular Q & A feature as an item that appeals to the different generations has left one very deserving case in the shadows rather longer than he should have been.

Many of Phil Parkes’ 382 League and cup appearances for Wolves were made in sides that had JR as the spearhead of the attack. And now you can be party to the in-depth conversation between the two of them about their happy Molineux past.

In playing together in semi-finals, a European final and in many cities across the world, the duo’s highly successful professional lives were entwined for well over a decade.

They remain the best of pals to this day and will need little excuse to sit down in the coming weeks and reflect happily on the questions our readers put to them.

“I still see plenty of Lofty as we remain on opposite sides of the city and I’m sure those who know him will realise what a good story teller he is,” Richards said today.

“He’s always good fun to be around and popular with all the lads. We met last month at Molineux for a photo session concentrating on the club’s famous kits and he also loves his golf, so it is never much of a problem to get him out for a catch-up.

“He is well in the top 20 when it comes to Wolves’ top appearance makers and I have had it in mind for a long time that we should add him to the list of players we have included in this feature.

“We have gone through most of that 1970s team now but we like to focus on popular players from other decades as well and the fact that we have interviewed three other keepers, Bert Williams, Mike Stowell and Matt Murray, has kept us waiting longer than we should have done to do justice to Phil’s excellent Wolves career.

“Whether he’s tealking to supporters at the microphone, holding court at the bar or just chatting away quietly, he’s always good value and I look forward again to hearing his reminsicences. There are always new stories there waiting to come out.” 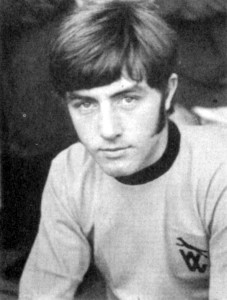 Hey….the interviewer was young once as well!

Please feel free to ask your own question(s) of Lofty – we really appreciate your input in this way.

To do so, the relevant email addresses are JR@wolvesheroes.com and info@wolvesheroes.com if you wish to reach JR directly or you can make contact through our friends at Molineux Mix (www.molineuxmix.co.uk).

We are setting the start of March as the deadline for readers’ participation, so please don’t delay – let’s make sure we warm those safe hands and give him a good work-out!