How To Read All About ‘Em 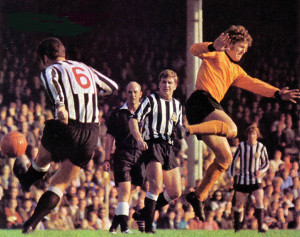 The quality, long-running publication is approaching its 50th issue and always throws up plenty of stories and snippets of a gold and black tint.

Readers of the latest issue, for example, learned in a long interview with Bobby Moncur that the inspirational former Newcastle captain had a trial at Molineux with the club he then faced in the final of the 1962 FA Youth Cup.

There were also quotes from Bill McGarry about one of the Football League’s most astonishing games – the 7-6 defeat for Huddersfield at Charlton in December, 1957. The ex-Wolves manager is described in Norman Giller’s article on the fixture as ‘the iron-hard member of a famous midfield trio’ and scored from a penalty before the home side sensationally hit back from 5-1 down with only 28 minutes to go.

There is also a two-page feature, with six photographs, on David Instone’s latest book, Wolves All Over The World, the piece being written by one of his predecessors at the Express & Star, David Harrison.

An article about Oxford’s famous FA Cup journey of 1963-64 contains reference to various former Wolves youngsters of a few years earlier and the fact that the ‘season in focus’ feature homes in on 1953-54 ensures there are several paragraphs on how the title came to Molineux for the first time.

Finally, for issue 48, which has Stuart Pearce on the front cover in England kit, Steve Gordos spotlights the extraordinary 1926-27 scoring feat of Wolves forward Tom Phillipson and compares it with the season’s other record-breaking goal-getter, George Camsell of Middlesbrough. Phillipson scored in 13 successive League games and went on to become the Major of Wolverhampton.

Backpass, which has an advertising logo on the right of this page for would-be buyers to click on to, costs £4.30 and subscriptions are available. 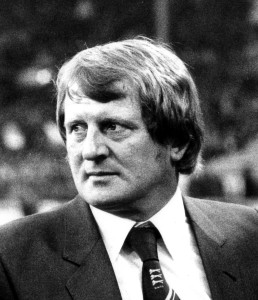 By way of a sneak preview, we can reveal that the forthcoming next issue contains an in-depth chat with John Barnwell, who talks, among many other things, about the car crash that blighted his successful Wolves stint.

There is also a detailed look at Molineux life of the 1980s, with the club’s nightmare nosedive and subsequent revival under the miscroscope in a feature penned by Wolves Heroes’ David Instone called ‘The Good, The Bad and The Bankrupt’.

The same writer has also travelled to the north-east in mid-season to interview Alan Murray, a 1960s Wolves reserve who soon left because of homesickness and became a lifelong friend and long-time right-hand man to Graeme Souness.

After Backpass has gone on sale, we will be presenting our own Wolves-themed article on Murray on this site.