Souness Link Might Have Brought Alan Back To Molineux 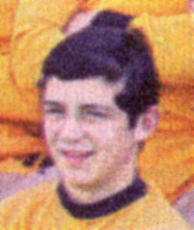 The young Alan Murray as a Wolves hopeful.

Taken on by Wolves in his teens half a century ago, he briefly scented a possibility of returning in a backroom role in his much later years.

In the end, he had to be content with a more fleeting visit back to Molineux but the lure of the place remains strong, even, apparently, among those who didn’t make it at the club.

Murray, it should quickly be spelled out, went on to have a fine career in football. His hopes didn’t collapse around him the day he left Wolves – far from it.

He was part of Blackburn’s Worthington League Cup triumph in 2001-02, he tasted the Premier League high life for several years and he worked at one of Europe’s most famous clubs. The start, though, was gold and black.

“I was scouted playing for Wallsend Boys back in the mid-1960s,” said the Newcastle-born midfielder. “The Wolves scout who came up here was none other than Mark Crook.

“David Lawson, who went on to keep goal for Huddersfield and Everton, played for us, so did Bobby Noble, who joined Newcastle and then quite a few other northern clubs. He’s not the one who went to Manchester United but we had a really good team.

“I played in a trial game for Wath Wanderers and Wolves offered me an apprenticeship, so I signed in 1966, sharing digs with John Farrington and Les Wilson in Waterloo Road, just down the road from the ground.

“John McAlle was there as well for some of the time and I recall going with him to the Brazil v Bulgaria game at Goodison Park during the 1966 World Cup.”

Wolves may have been in the Second Division and adjusting to post-Cullis life under Ronnie Allen but competition for places was still fierce.

A decent side were emerging and, as ever, the club were able to attract some very talented youngsters.

“I played in the Midland Intermediate League and then in the reserves,” he added. “The standard was high. If you didn’t play well, you didn’t play. You had to be pretty good just to get a game at that time.

“Bobby Thomson was someone I looked up to. I remember his model looks and convertible Alfa Romeo. He looked a million dollars and was an excellent player.

“Pat Buckley and Phil Parkes were in the reserves as well, with Bill Shorthouse as our coach. When he said ‘jump’, you jumped.

“The problem was that I became homesick. I was born late in 1949 in a place called Walker in Newcastle and it was nine and a half hours back there on the train in those days.

“I stayed at Wolves for eight months but we had a chat and they were sympathetic to my situation, so we agreed to tear up my contract. I was only 16 and Middlesbrough offered me a full-time apprenticeship straightaway, so that got me playing again in the north-east.”

It was in the Teesside area that we caught up with Alan, now 66, several weeks ago. With an article to write on him as well for Backpass, it was very much a joint mission and our respect for Britain’s finest football magazine will see to it that we don’t repeat here what is to appear in full in its imminent issue 49.

Suffice to say that Murray followed up a full playing career with Boro, Brentford, Doncaster and various non-League clubs by spending more than two decades either in administrative, managerial or backroom posts in the game.

And it was an old Ayresome Park friendship struck up with a teenage Graeme Souness that shaped what he assumes will prove to have been the final ten years or so of his life in the professional game.

The two worked together at Southampton, Blackburn, Newcastle and even Benfica, so there was potential for a reunion on familiar ground when the Scot was linked with a takeover of Wolves before Steve Morgan took control from Sir Jack Hayward eight and a half years ago. 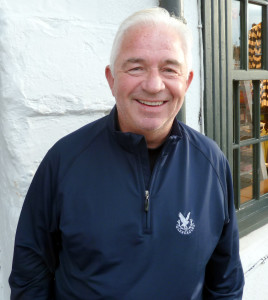 “I assume I would have been involved if Graeme had become part of things at Wolves,” said Murray, who cites the fact that football can cause selfishness among its huge workforce as the reason he has never married. “I am sure I would have been on the coaching staff somewhere at his side.

“He didn’t mention it to me but, at that time, wherever he went, I followed. And I would obviously have liked going back to the club where I started my career.

“I am big pals with Dean Saunders from Newcastle and went back to the Wolves ground when he was manager there. He was good to be around as he was always so enthusiastic and bubbly.

“I was quite happy to give him an opinion on one or two things, as I had done when he was manager of Wrexham.”

Details of how to order Backpass are available by clicking on the advert to the right, bearing John Richards’ photo. Issue 49, due out any time now, also contains a long piece on John Barnwell and a double-page spread on Wolves’ highs and lows in the 1980s.