Two Great Reasons To Dust Off The Clubs

Kenny Hibbitt…..where will we see him on Midlands fairways this year?

With spring having sprung and the clocks gone forward, Wolves stars of the past are checking their diaries to see where they will this year be mingling with fans on the golf courses of the Midlands.

In conjunction with the They Wore The Shirt book being fully supported by Wolves Heroes and our sister company Thomas Publications, a friend of editor and entrepreneur Steve Plant has organised a competition at Enville GC on Friday, May 27.

The event has a 10am shotgun start, with bacon sandwiches, tea and coffee being served on arrival and a sit-down meal and prize presentation following 18 holes on the Championship course.

Organiser Dave Foster, a good friend of Steve’s, sold out of the places in under 48 hours, with all profits going to the same cause that the book is whole-heartedly supporting, Birmingham Children’s Hospital.

Now he is seeking half a dozen or so Molineux favourites to join in, with Steve caddying on the day for the highest bidder.

We will be writing more in due course about these two charity efforts but all income from the book project, once the break-even figure has been reached, will go to the hospital.

David Instone, of Wolves Heroes and Thomas Publications, has been asked to write the words under Steve’s guidance for what is essentially a history of the club’s iconic and world-famous colours.

Numerous photos have already been taken in two separate shoots by David Bagnall and, in particular, his youngest son Ed, and the quality coffee-table hard-back publication is due out in the autumn. Please contact us for further details of the book or the golf day.

Another newly-announced tournament is the September 21 repeat of the event we attended and covered at The Astbury, near Bridgnorth, approaching a year ago.

Figurehead Jason Guy is proud to say that just under £100,000 has been generated for the Breast Cancer Now charity since fund-raising began in earnest in May, 2013 and is confident the figure will rise significantly during 2016.

“Our golf days are an important part of our fund-raising and we are expecting this event to sell out quickly,” he said. “Please note that we have been limited to 25 teams this year and allocation is on a first-come-first-served basis, so prompt reservation will be required.”

Regardless of the First4Staff Charity Classic, for which teams of four cost £350 and the additional cost of having an ex-Wolves player in the team is £25, donations to the cause can be made at www.justgiving.com/legacy4lucy2016 – more information is available by visiting the www.legacy4lucy.co.uk website. 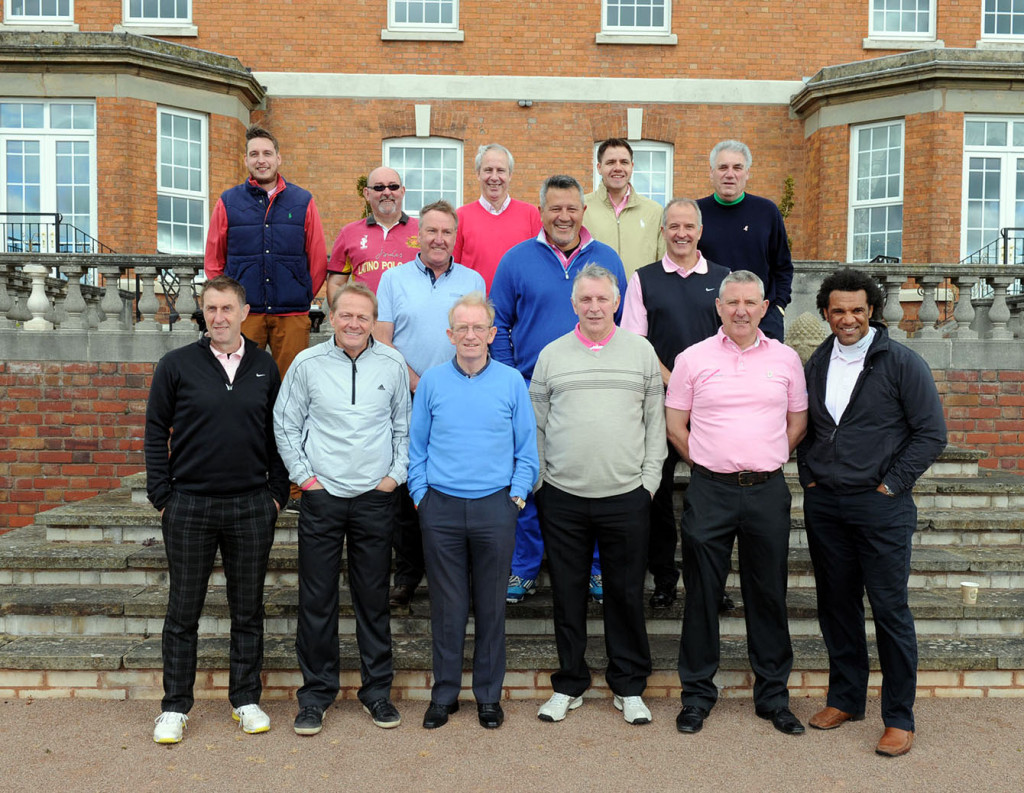 The impressive turn-out last year at The Astbury.

Entrance money for September 21 includes a champagne reception, bacon rolls, a two-course evening meal and after-dinner entertainment. All competitors tee off at 12 noon.

The relevant email address for those wishing to participate is jason@first4staff.net and, again, we are happy to provide what details we can as intermediaries.