Walter Wall To Wall In Goals! 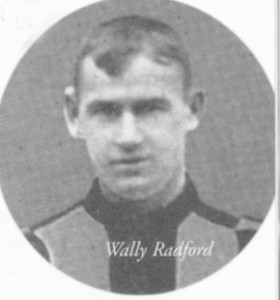 Walter Radford….the first of many!

What happened the small matter of 107 years ago today that has occured another 42 times since in Wolves’ history?

Answer: A Wolverhampton-born inside-forward named Walter Radford become the first man to score 20 goals in a season for the club.

A 3-1 Second Division victory at Clapton Orient for a side destined to finish seventh in the table brought up the landmark, which he built upon two long days of travelling later when he netted the only goal of the win at Hull.

In mathematical terms at least, the feat was significantly harder to achieve in those distant days of yore, with the League campaign comprising only 38 fixtures per team – fewer than Wolves have traditionally contested in all subsequent years, apart from during their four seasons with the Premier League elite.

Radford’s haul came from 37 appearances and included a hat-trick in a 5-3 win at Burnley on November 7. He backed it up by totalling three goals in the two FA Cup games the club played in 1908-09.

With an appearance in the victorious 1908 FA Cup final side against Newcastle also highlighting his impressive second spell at Molineux, he was surprisingly allowed to join Southport Central around the time of his 24th birthday in the summer of 1910.

Twenty-five different Wolves players have emulated his accomplishment of reaching the 20-goal mark in a League programme, with Tom Phillipson the first to top 30. For good measure, he did the same the season after (1926-27).

Billy Hartill managed to score ‘a score’ no fewer than five times, doing so in successive seasons from 1929-30 and rattling in 30 goals or more in three of those years. 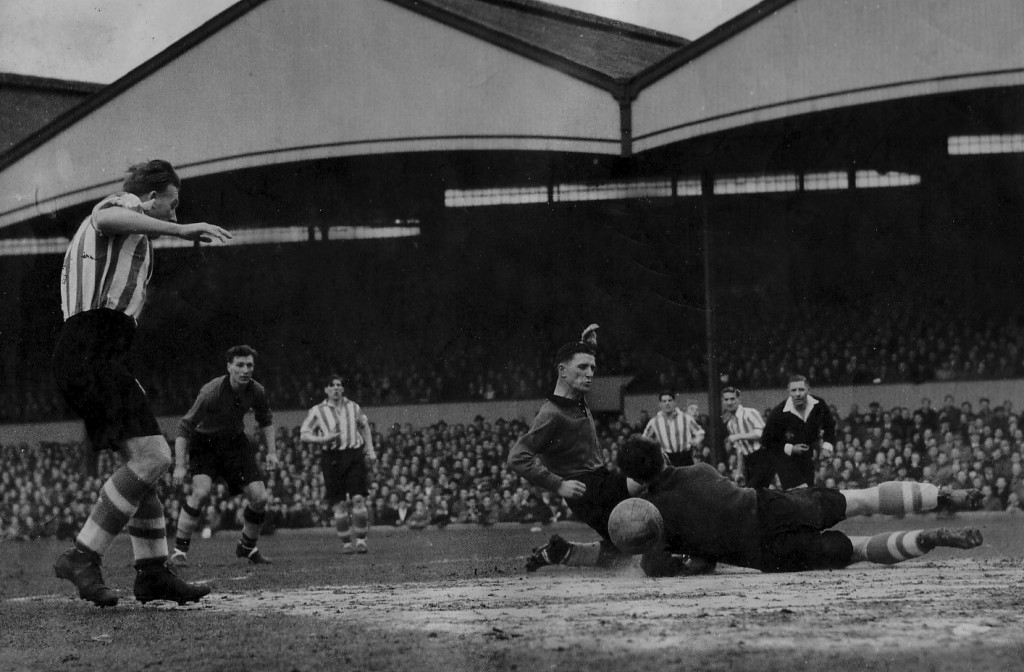 A stretching Dennis Westcott wreaking his own brand of danger.

How many times might Dennis Westcott have reached this landmark had the war not interrupted his brilliant career? He scored 32 League goals in the last season before the conflict and 38 in the first one after it.

The 20 figure was peppered by various forwards in the glorious 1950s but less so in the following decade and it may shock fans to learn or be reminded that only once between 1969-70 and 1987-88 did anyone hit 20 or more League goals for the club – John Richards delivering 27 in 1972-73.

Obviously those happy days with Bill McGarry, Sammy Chung and John Barnwell were built on the scoring heroics being shared around or, in Richards’ case, being spread over many years consistently rather than concentrated on the isolated golden year.

Which brings us to Steve Bull. In six different seasons, he managed to do what ‘Wally’ Ivor Robert Radford first achieved near the start of the last century.

Andy Mutch joined him on the list in 1988-89 – the most recent example of two players scoring 20 or more Wolves goals in the same campaign.

Thereafter, the only two additions have been Dean Sturridge and Sylvain Ebanks-Blake, the uncle of Daniel Sturridge confirming his entry despite not being around to play in any of the first 18 League matches for Dave Jones’s side.

Here is the full list of Wolves’ 20-League-goals-in-a-season men: