Revelations About Molineux Coach As Lawrie Goes To Print 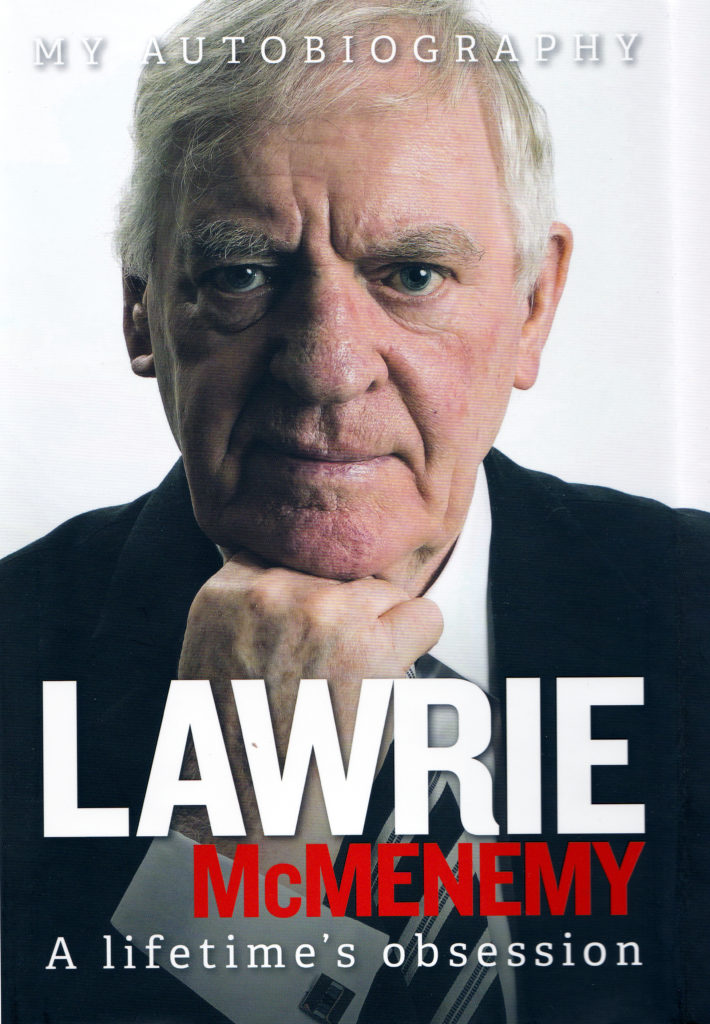 An interesting new take on a popular Molineux figure of the 1990s has come to light from one of English football’s highly respected former managers.

Mike Hickman was at Wolves for nearly three years after arriving in these parts in late 1995 as a member of Mark McGhee’s backroom team.

He was given a lovely send-off at his final home game, with Wolves expressing warm wishes both in their match-day programme and over the public address system.

But how many who worked with him at the club will recognise the recollection that Lawrie McMenemy voices in his newly-published autobiography, A Lifetime’s Obsession?

The proud Geordie is best known as an FA Cup-winning Southampton boss but worked with Hickman at Grimsby when he was gaffer to the free-scoring forward.

And he says of him now: “Mike was an enthusiast who ran on high octane, a player who tended to attract trouble with his hyper attitude.

“What he saw as something important, something to argue about, even go over the top about, was considered by the rest of us as irrelevant.

“Mike was up for a row anywhere, anytime, like the occasion he lost control and nearly caused a punch-up after being told there were no more seats when he had queued at the local cinema.”

Strong words, indeed, about a man whose work as third-in-command in the McGhee set-up included the main coaching role with the reserves. But there is a qualification….. 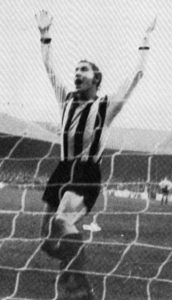 McMenemy added: “He was kind and clever when he wasn’t arguing – and humorous. But what interested me most was that the man could play.”

Hickman spent six years with the Humbersiders, amassing some 254 games and scoring 48 goals.

The powerful memories may surprise some at Wolves, where he was well liked, although known to ask plenty, in particular, of the younger players.

He didn’t shy away from what he saw as his necessary time in the gym but was full of the banter that so many ex-players have at their disposal and his considerable time spent in the Mount Hotel at Tettenhall Wood left him free to give the Molineux job his all.

Having worked pre-Wolves with McGhee and Lee at Reading and Leicester, he said his farewells to the West Midlands following the home draw with Bolton in December, 1998 – exactly a month after the Scot had been succeeded as manager by his long-time no 2.

Hickman had included Sydney Olympic and the national team among his employers before coaching in England and went back to Australia to work following the end of a Wolves spell that created an opening for John Ward to step into.

No doubt the fact he had close family living Down Under was a strong pull but he has tended to disappear off the radar in recent years. 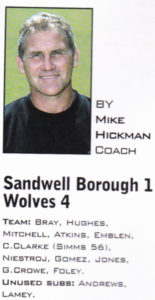 A snippet from his last column in Wolves’ programme – complete with some names that may have been forgotten.

He worked at times alongside former Hearts and Aberdeen defender Eddie Thomson, the 1990-96 Australia manager who died in 2003 aged only 55.

Hickman has also worked in Japan since leaving Molineux.

McMenemy’s book is published by Trinity Mirror Sport Media and costs £18.98. As it is heavy on references to Wolves, Jim McCalliog, Graham Taylor and others, we are quite likely to revisit its pages in the coming weeks.