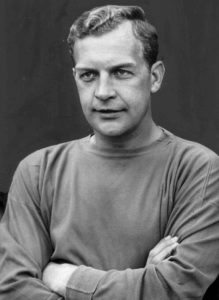 We are indebted to Yorkshire-based writer Mark Metcalf for sharing with us some of the happy recollections from his surprise latter-day friendship with Malcolm Finlayson.

The lifelong Sunderland fan interviewed the goalkeeper for several of his books and gleaned some valuable extra snippets about a career shared between 200-plus games for Millwall and a similar number with Wolves.

Mark has a blog and has posted three pieces about Finlayson from which we were delighted to be given permission to take extracts.

Here are some of the thoughts captured from a man who died in November, 2014:

“I was that impressed that, whenever he was playing locally and I could afford to go and watch, I made it my business to do so. Wanting to improve as a keeper, I studied everything he did and more or less tried to base my game on his. I liked how he commanded his area. I followed his attitude, which was: If I’m coming for the ball, defenders should get out of the way – or else. He wasn’t a shouter but, at corners and free-kicks, he would let team-mates know where he wanted them. I regret not having the courage to approach him for his autograph when I saw him get off the train in Dumbarton but kept a cutting from a South London newspaper soon after making my Millwall debut. It called me ‘the second Frank Swift.’ I wasn’t, as he was the best keeper I ever saw play, but I was still delighted.”

“When Charlie came to Millwall, he was very quiet but he was a very young boy. I’d joined the club when I was young myself. He grew a lot in the three years I played behind him to become a big strong lad. He came in for Gerry Bowler, a ball-playing centre back who didn’t tackle very much. You’d be playing on a muddy pitch and he’d be the only one who’d come off looking immaculate. Charlie, however, was a never-say-die player, always tackling people. And you could see as a youngster that he had this great ability. I went to Wolves in 1956 and then, in 1957-58, I played against Charlie when he went to Sunderland. We won 5-0 and 2-0. It was the season Sunderland got relegated. He looked a good player even then but he wasn’t fully developed, as he was still only about 20 or 21. I saw him at the Dockers’ Day at The New Den in February, 2007. It was the first time since I played against him at Roker. Don’t forget you are talking 50 years on. I greeted him exactly as I did then: ‘Hello, Charlie, son. How are you?’ He said: ‘Hello Dad.’ Football is a funny business, you meet so many people but it’s often not for very long.

“I played behind Billy Wright and then Bill Slater at Wolverhampton, both excellent. I wouldn’t like to compare Charlie with Billy Wright or Bill Slater, as they were different eras. Billy wasn’t the hardest tackler in the game but had the ability to know where the ball was going before it was kicked. If Danny Blanchflower had the ball and was going to put it down the inside track, Billy could see him trying to do that and would get across to cut it out. He was the best reader of a game I ever saw.”

“In 1963-64, Stan let me continue playing part-time as I was moving into business but, in September, 1963, Roger Hunt trod all over my hand up at Anfield and broke it. It took me six or seven weeks to recover and when I got back playing, it was in the reserves at West Brom. I got kicked on the knee and, after that, decided to call it a day as it meant I was having to get taken in the back seat of my car to work and back. Cullis, however, made sure I got paid until the end of the season. He was as straight as a die, was Stan. He was a hard manager, straight-talking and wouldn’t suffer fools gladly but he would never criticise his players in public or in the press and I know that he really helped out one or two Wolves players who fell on hard times. I’d say his bark was worse than his bite, although not to journalists who I witnessed at times shaking like a leaf when waiting to go in and interview him.”

Finlayson On The Need For Peak Fitness

“We were very fit and powerful – not only did we have a coach/trainer in Joe Gardiner, who had played left-half for Wolves in the 1939 FA Cup final. Unlike other sides, we also had a physical fitness trainer in Frank Morris, a well-known international runner who would take the players for athletics. The club had spent heavily developing a well-equipped training ground but we’d also go out to Brocton and be forced to run up this hill to keep fit. If you’ve seen Sean Connery in the film The Hill, you’ll have some idea of what this was like. Stan would water the pitch as he had us so fit that teams couldn’t compete physically and a wet pitch would give us a big advantage. Also, the ball in those days was heavier than now at 16oz, so, when it got wet, it would be even heavier. Today, most players can kick a ball great distances but not in the 1950s. You had to have some strength and fitness to do that, especially towards the end of a match.”

Finlayson On Keeping Goal In The 1950s 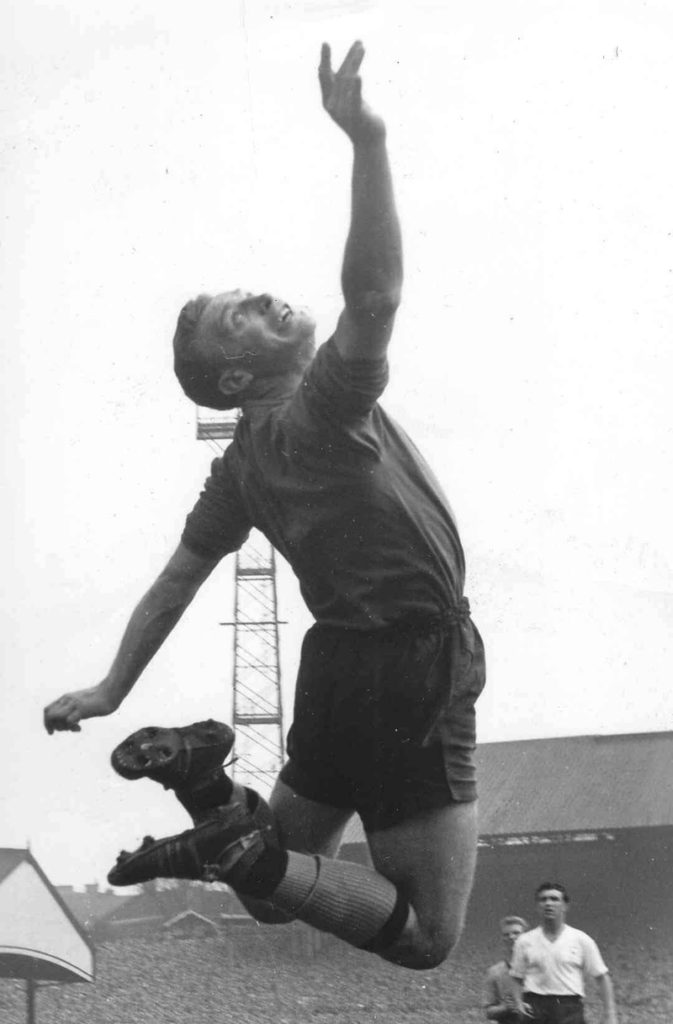 “Nowadays, keepers don’t dive at forwards’ feet. They wait until the ball is hit, then spread themselves using their arms and legs. In those days, the keeper would dive down at the feet of the forward to try to block or grab the ball. You would also get challenged much more for the ball in the air. These days, keepers complain if someone jumps close to them. We were expected to be much more robust. The ball did fly straighter in those days – the one great disadvantage keepers have now is that the ball does move in the air. Another advantage, it has to be said, was that defenders could play the ball back and I could pick it up. Keepers today have to be better at controlling it with their feet. Despite this, I still feel they have it much easier today.”

* Malcolm also revealed to Mark Metcalf that Cullis and the PFA’s Gordon Taylor intervened when a burglary at his house cost him his two League Championship medals and the one he won in the FA Cup – and ensured the Football League and FA replaced them.