Choppy Waters Across The Channel 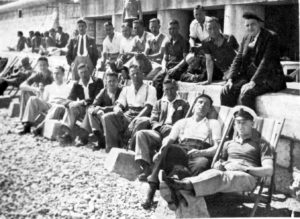 Wolves’ players on the beach in Nice.

Any assumptions that football trips abroad were a more genteel business the best part of a century ago should perhaps be questioned in light of Wolves’ pioneering experiences as globe-trotters.

Not surprisingly, France was the destination chosen when the club spread their wings beyond the British shoreline for the first time.

What might be more revealing, though, is the disclosure that there were a scrape and mishap or two on their early travels.

We found ourselves researching these hops over the Channel at length for the ‘Wolves All Over The World’ book brought out by our sister company, Thomas Publications, last year and are now able to add a few of the unpunished snippets we picked up.

Eleven months or so before winning the Second Division title under Major Buckley in 1931-32, his squad found the foreign forces too hot to handle on a two-match Parisian trip that saw them beaten 3-1 by Spanish club Santander and 4-1 by First Vienna.

We can only imagine some of the admin and organisational difficulties on such a trip 80 years ago, so we shouldn’t be totally surprised that there were hitches when Wolves returned to France two years later as a reward for beating Everton on the final day and preserving their newly-regained top-flight status.

Following a stop-off in Paris and a 5-3 win over Red Star Olympique, it was to much further south that Buckley’s Babes headed this time and they were were due to face what were described as a team of Czecho-Slovakians, only for them to fail to arrive because of problems with securing passports.

Leading Italian side Vercelli stepped in to fill the void and were beaten by a single goal from Jack Hetherington but the fixture contained some oddities……like the fact Wolves’ players arrived at the ground ready-changed because of the sparse dressing rooms and the permission the Italians were given to rotate among no fewer than 18 players in the first half.

Ominously for Roy Hodgson’s players, the mercury was reported to have climbed to 90 degrees in the shade while Wolves were becoming the first English club to play in Nimes and Marseilles.

Their squad also watched a match between Nice and Nimes after their arrival and three players and two directors escaped uninjured from a road accident that followed their visit to see Nice take on Bristol Rovers, who were also touring in the area. In a separate shunt, the charabanc carrying the side hit a level crossing gate at two o’clock one morning while travelling from Nimes to Nice.

Former Molineux defender Tommy Pritchard was among the welcoming ‘committee’ in Marseille, where he was spending a year with the Olympique club.

“No club could ever wish for greater success on a foreign tour,” said director Mr F T Hollins in an interview with Nomad of the Express & Star.

It was a sentiment he may have questioned following a 5-3 defeat in the city in which England kick off their 2016 campaign tomorrow night – and the trip hit an even more sour note when a riot forced the game against Olympic Gymnastic in Nice to be abandoned 15 minutes before the end following ‘free fights’.

The Major had earlier led his players off with them 3-2 behind but host officials and the gendarmerie feared even worse disturbances, so the game resumed and skipper Wilf Lowton equalised. 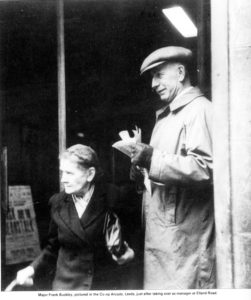 Jack Nelson was then sent off and stones, bricks and bottles were hurled when furious spectators invaded the pitch.

Wolves’ players ran a gauntlet of abuse as they left the stadium, carrying a Union Jack and singing ‘It’s a Long Way, To Tipperary.’

Buckley vowed never to take them back to France but relented in 1938 as part of a five-match European tour.