Euro Capers That Were No Joke

Top Keepers Were Under Wolves’ Noses All Along 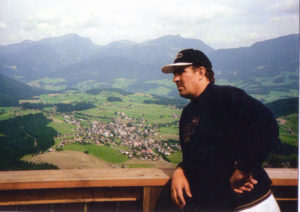 Mark McGhee in Austria in the summer of 1996…..planning his first full Wolves season.

Euro 96 provided the backdrop as Wolves’ pursuit of a new goalkeeper descended into farce during Mark McGhee’s first full season in the West Midlands.

In the space of a few crazy weeks, the Scot helped cost the club a fortune over Zeljko Kalac, tracked Petr Kouba through the tournament, held talks in Germany with Erik Thorstvedt and an unidentified alternative target, had Neville Southall at Molineux for a look round and reportedly considered a swoop for Tony Coton.

In the end, he stuck with the obviously endangered Mike Stowell, who went on to be an inspired ever present in the promotion near miss in 1996-97 and right through to March, 1998.

But there WAS ultimately some keeper movement in that busy football summer – the departure of Paul Jones to Stockport for a pittance. And this Molineux discard went on to flourish to the extent that he became an FA Cup finalist and Premier League veteran with Southampton, as well as a Wales regular.

You could hardly have made it up really, especially as Wolves were also hot on the trail of Stale Solbakken that summer, McGhee having been present to see the Lillestrom midfielder score twice in a victory over Azerbaijan.

The manager, appointed after controversially crossing from East Midlands to West the previous December, had promised to give his squad a Euro flavour and became a frequent watcher at European Championships fixtures within these shores after realising that his lengthy pursuit of his former Leicester man, the 6ft 7in Sydney-born Kalac, had run into big problems over a work permit.

His top target appeared to be Kouba, a 27-year-old who was about to leave Sparta Prague after winning the domestic league and cup with them as well as playing in the Champions League.

At the time, he was also interesting Rangers and clubs in Spain and was prepared to turn his back on a European Cup Winners Cup campaign to try his luck elsewhere after five years in the Czech capital.

He had won 33 caps and was considered good enough to keep Newcastle’s Pavel Srnicek out of the national side but McGhee described his scouting mission as ‘inconclusive’ after seeing him in the 3-3 draw against Russia at Anfield that saw the Czechs through the group stages of our staging of the Euros.

Although his target was virtually at the end of his contract, the Czech Republic was not in the European Union, so the deal had the potential to amount to a Wolves outgoing record fee if it were pushed through.

McGhee also twice made the short journey to Villa Park to watch Kouba, whose situation was complicated by the fact that his country went one step further than England by making it all the way to the final, helped by the keeper’s penalty save with his foot in a shoot-out semi-final win over France at Old Trafford.

In the end, the chase just seemed to peter out and the manager became keen on Thorstvedt instead until the keeper rejected a move to Molinux. Then Southall did the same after selflessly deciding he didn’t have it in him to displace Stowell – a man who had left Goodison Park for Wolves in 1990 when realising the Welshman would be blocking his route to the Toffees’ first team for many years.

The 1996-97 second-tier season was under way, with the resilient Stowell in situ, when Wolves picked up a further tab for their futile chase of Kalac.

McGhee, whose ready humour could easily be dismissed as arrogance by those who didn’t know him, called Leicester’s case ‘ a bit of a nonsense’ when they claimed Wolves should pay them despite them not seeing through the signing because of the work permit issue.

When the date came up for a hearing at Lytham St Anne’s, the manager joked that he would be talking his golf clubs – a statement that didn’t seem quite as funny when Wolves were ordered to hand over £250,000 in addition to their massive legal costs.

The bottom line was that the club had to fork out several times more for a keeper who never made it to the Molineux dressing room than the one, the £100,000 Jones, they knocked out to Stockport a few weeks after transfer-listing him.

It somehow seemed typical of Wolves’ dealings in that era that Jones should subsequently win a promotion and reach a League Cup semi-final with Stockport and then spend seven years with Southampton, all in the top flight.

He even racked up 50 caps for Wales and, ironically, was doing well enough for his Stockport boss, Dave Jones, to bring him back to Molineux during the first Premier League adventure.

So, what of the plan to go continental in the summer of 1996? Err……Wolves barely got beyond signing two Welshmen, Iwan Roberts and Adrian Williams, and former England defender Keith Curle. Frenchman Serge Romano, who they recruited in that close season as their only permanent-signing foreigner all season, started one League game for the club. 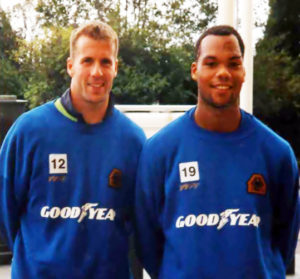 In truth, Kouba didn’t make a great impact after joining Deportivo La Coruna from Sparta Prague and moved on to various other clubs, including some back in Eastern Europe.

But McGhee’s faith in ‘Spider’ Kalac was vindicated. He is said on wikipedia to have played well over 120 games across three spells with Sydney United, who he joined after Leicester, and played 115 times in Holland for Roda as well as having a stints at Perugia and their mega Italian rivals AC Milan.

With 54 Australian caps to his name when he announced his international retirement in 2006 on the same day as Stan Lazaridis and former Wolves trialist Tony Popovic, maybe he was a good target after all.