A First Wolves Glimpse Of Ronaldo

And It Wasn’t At Old Trafford! 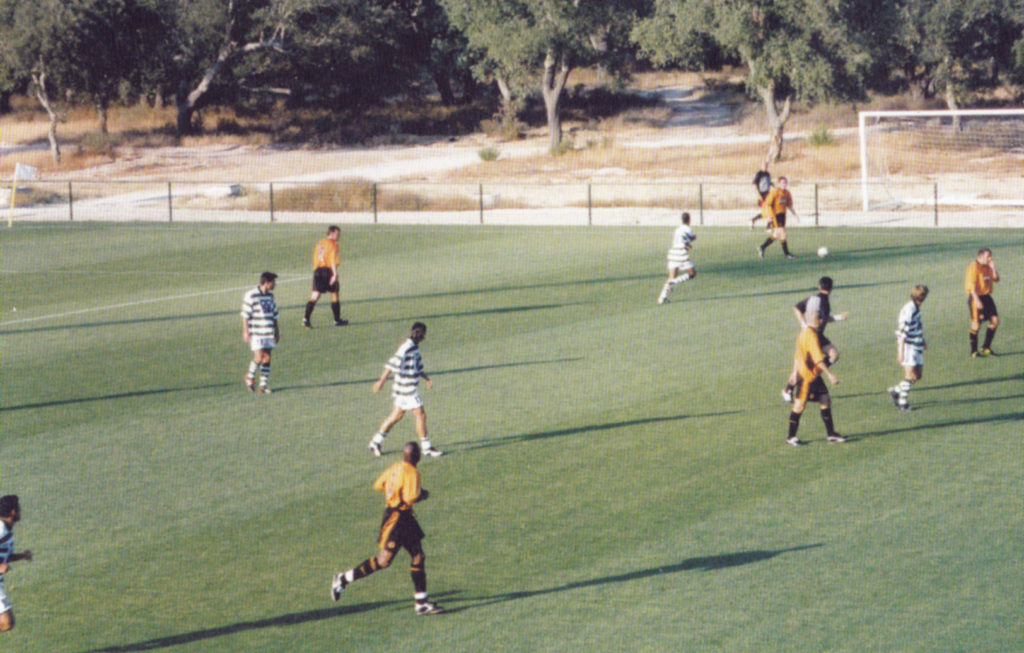 So where did Wolves first encounter Cristiano Ronaldo, the man who is increasingly lighting up Euro 2016?

It wasn’t, as might be expected, during his phenomenal Manchester United career, which was still in its infancy when the visiting fans jokingly chanted ‘You signed the wrong Ronaldo’ during the 1-0 defeat suffered by Dave Jones’s side at Old Trafford in the early weeks of their first Premier League adventure.

It was just over a year earlier, in 2002, that the Portuguese forward had first come to their attention when, as a 17-year-old, he had faced them on the club’s second successive pre-season tour of his country.

Wolves might have thought they were in for an easier ride when their opening fixture against Sporting Lisbon, played at an academy headquarters rather than the main stadium, started with the hosts fielding their reserve side.

Sporting had won the previous season’s league and cup and the five players they had sent on World Cup that summer to South Korea and Japan were all initially on the bench as Wolves played them on a hot Thursday teatime in mid-July.

The Championship club, with their promotion overhauling by Albion from the previous spring still a painful memory, fell behind after only five minutes and soon had Kevin Cooper harshly sent off for something he said to the referee.

If Wolves thought they had had it tricky with ten against 11 for most of the first half, though, it was nothing to the ordeal they would endure after the turnaround.

Sporting made seven changes at half-time, including the replacement of goalscorer Luis Filipe with Ronaldo, who was still three months away from making a sensational two-goal Primeira Liga debut for the club against Moreirense.

Four more goals flew in during the final half an hour or so, with Ronaldo setting up the last of them for midfielder Tonito, whose first effort was saved by Michael Oakes. From a Molineux perspective, it was an interesting first glimpse into the future…..

After scoring one and making the other in last night’s victory over Wales, Ronaldo has now equalled Michel Platini’s all-time Euro finals goals record. 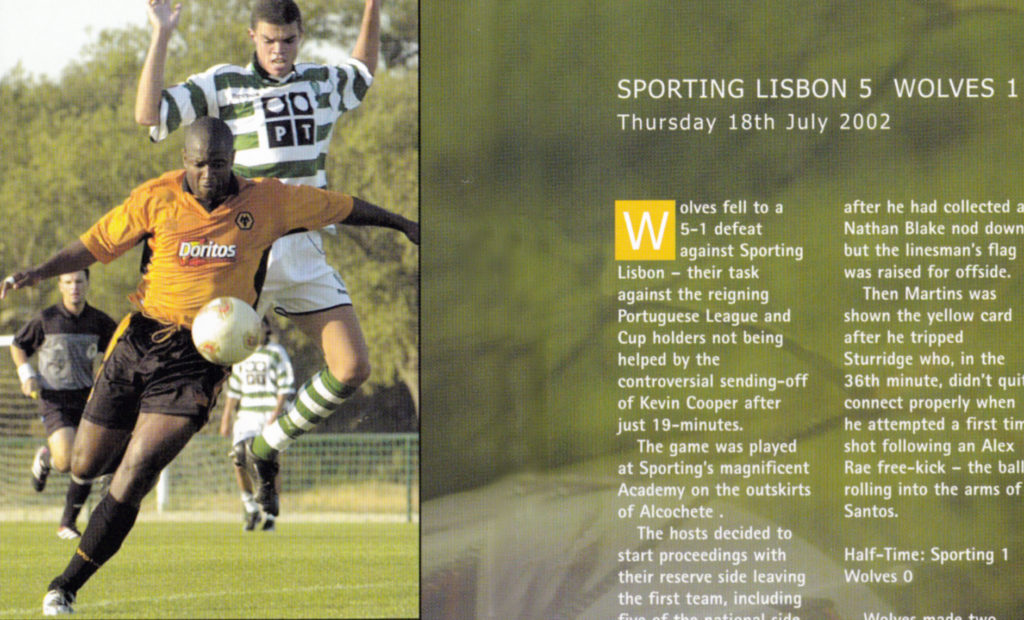 Some of the coverage of the 2002 game in Wolves’ programme.

He will spend today wondering which out of Germany and hosts France his country will be facing in Sunday’s final in Paris.

Also in the Sporting ranks on that sobering occasion was Ricardo Quaresma, the former Inter Milan winger who has featured prominently in the championships in France and scored a winner against Croatia at the last 16 stage.