Reunited – And It Feels So Good 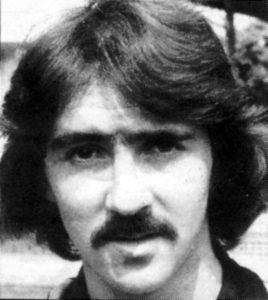 John Black in his days as a Molineux hopeful.

Sometimes, in our quest for interesting content for this site, we don’t have to look very hard. Stories just seem to fall into our lap.

One such example is that provided by a late 1970s Wolves hopeful, a man about whom we have written several times in recent years.

We received an email in early June from a lady, who wrote: “Hello. My name is Roberta. I met John Black in 1977 at the Boilermakers’ Club in Clydebank, Glasgow. I was just turning 16 (he was 18) and went out with him for a short time.

“I also met his father, John, and brother, Angus, and wondered how I could contact him now. Could you please give John my email address and invite him to contact me?

“Before my mum passed away recently, she talked about John as he was part of our life and it would be nice to chat again if possible. I am staying in Scotland for two months until August 15 and it is important to me to just touch base with him.”

We replied to Roberta and quickly received this further information from her: “I am sure he will remember going to Largs on our first date. I was drinking a coke and it went everywhere…..so embarrassing!

“Mum still talked about the time he came to the house with a black eye. I have never heard my dad swear so much. He was going to go and sort the guy out that did it.”

Readers might remember that we previously connected Black with a long-lost friend from his Wolverhampton days and he responded rapidly again when hearing from us this time.

In a few days, he sent us the message: “I contacted Roberta after your email. At the time 40 years ago, we were seeing each other and I was home for the close season from Wolves.

“I had asked her dad, Anthony, and mum, Catherine, if she could visit me in Wolverhampton, look round and see me play and train. They both explained that she was not quite 16 and therefore too young but that they were fine about it when she was a bit older.

“I took this as a nice way of saying no. Roberta was annoyed and told her mum and dad. There were no mobiles and none of us had landlines, so we drifted apart.

“She went to Australia after training to be a hairdresser and met and married an Australian before having two children.”

Had it not been for the Internet – and Wolves Heroes in particular – the story might well have ended there. But we gather mum and dad were reminded over many years and especially after Roberta had a divorce that she still had feelings for her first love; ones that refused to go away.

“Catherine apparently mentioned a few times over the years how they always hoped I’d come back for their daughter,” John added.

“Around a year ago, Roberta came back from Australia to care for her mum, who sadly had cancer, and it was suggested that she might try to find me.

“She tried every other avenue and then a new search brought up my name on Wolves Heroes. This is what led her to contact you.”

So that is the background…..what is the current state of play? Could we be heading for a first Wolves Heroes wedding? 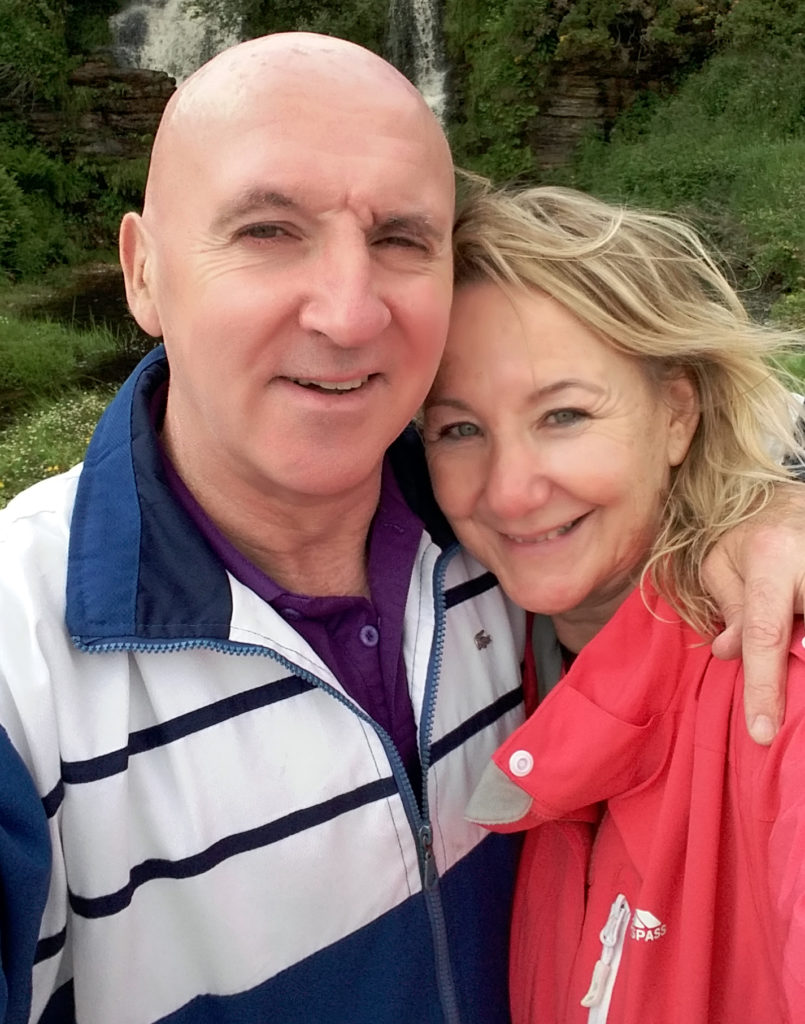 The happy couple……John and Roberta.

“We are very happy together,” added Black, who has also been divorced. “On August 15, Roberta goes back to Melbourne to attend to some business with her house and see her children before returning to the UK between Christmas and New Year.

“I know it’s a gap of a few months but we have been apart for around 40 years, so we can wait a bit longer.

“This year, she has been working over here in mental health, as I do. But she has been based in Clydebank, near where we first met as first loves, and I am up way north of Inverness.

“We might use her place in Australia to go and stay from time to time but we will be up here together initially. Things are fantastic between us and we have plans for the future, indeed, so thanks again to Wolves Heroes!”