All Eyes Now On Molineux Moneybags

In the latest of the occasional articles we post from beyond Wolves Heroes’ regular contributors, we look – through commercial eyes – at a 2016-17 campaign that takes Wolverhampton Wanderers into an exciting unknown….. 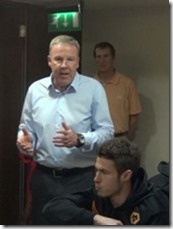 A summer that was expected to see Wolves focusing on making improvements on and off the pitch following a disappointing 2015-2016 has instead become dominated by their takeover.

The uncertainty following Steve Morgan’s decision to put the club up for sale did little to encourage any thoughts of promotion last season but Wolves’ successful search for a buyer could have a major impact on them moving forward now.

In have come Fosun Group, to whom supporters will be looking for a major upturn in fortunes. The Chinese conglomerate, run by billionaire chairman Guo Guangchang, have an annual turnover of £9billion and the £24.7million they are reported to make every day will be enough to have Wolves fans dream of an exciting future.

Following the appointment of Walter Zenga in place of Kenny Jackett as head coach, it remains to be seen how quickly a winning formula can be found but Betway believe there is plenty of potential to make amends for last season and challenge for promotion.

Wolves’ chances of success, according to the latest football odds, have improved significantly following the hand-over of power.

The club have followed their new Championship rivals Aston Villa in coming under Chinese ownership and Fosun clearly bring considerable financial muscle to the table.

The group’s close links with super-agent Jorge Mendes also bodes well for Wolves and it very quickly became obvious that Andy Lonergan would not be the only new capture at Molineux this summer.

Mendes will play a big role in signing players from far and wide, with Benfica already at the centre of the recruitment drive. Some of the names rumoured to be targets would represent unbelievable business if the club could attract them. Players of such high quality could make a real name for themselves in the West Midlands and help bring the glory days back.

One question that was quickly answered was the issue of whether Jackett would stay in charge. He came under fire from some quarters in 2015-16 as he oversaw a relatively solid defence but couldn’t hit on the creative spark or quality in the final third after the departures or injury loss of key forwards.

Jackett left last weekend but reported moves for Julian Lopetegui fell down after the former Porto manager was named as Vincente Del Bosque’s successor in charge of the Spanish national team. But that only underlines how high Fosun are aiming.

The season opener at Rotherham is now only a few days away and fans can preview the odds here on Betway’s website before deciding whether to back their Wolves team to make the perfect start with all three points.

All eyes will be on them to see how well they are able to capitalise on their new-found wealth because few clubs at this level will be able to match their spending power. 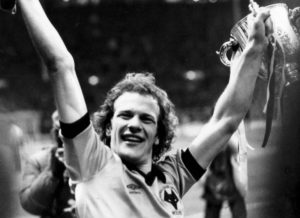 Some caution should be expressed, though. Anzhi and Monaco are two clubs who had to scrap projects under billionaire owners despite signing a host of high-profile players, so it will require a methodical and carefully worked out plan to put Wolves on the right path.

But early indications are that Fosun are ambitious, with excellent business pedigree, and they arrive at the club with big plans. If the new signings make the sort of impact past Molineux legends did, it may not be long before Wolves are a Premier League club once again.