Milestone Man Set To Be Unleashed

An extra slice of club history is likely to be written during Wolves’ visit to Rotherham on Saturday.

The flurry of transfer activity that has followed the Fosun Group takeover at Molineux has set up the likelihood of us quickly learning the identity of the 1,000th man to play League football for Wolves.

It was thought at the end of 2015-16 that the tally stood at 998 but the diligent research and checking of statistician and lifelong fan Scott Pritchard now leaves us happy to accept that we are, in fact, only one short of the big landmark, not two.

The confusion arose over a number of players who have the same surname but Scott, who is painstakingly helping to compile the comprehensive www.wolvescompletehistory.co.uk website, believes he has now come up with a definitive answer.

“The player I believe had been overlooked is a J H Jones from the 1906-07 season,” he says. “He was a full-back and made his first-team debut at home to Chesterfield Town on December 15.

“The reason I am 100 per cent certain he should be added to the list is that, as well as my first-team records, I have a complete reserves’ record with all team line-ups, scores etc.

“It’s confusing as in 1906-07, there were four players surnamed Jones who played for the club, including Jackery Jones. Of the other two, J E Jones and J L Jones both got no further than making just the one appearance for the reserves.” 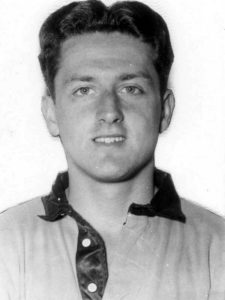 J H stands for James Horace, his addition to our list some 110 years after he first played senior football for the club taking him in at no 151.

Please go to the Afobe to Zyro section of this site to see the full roster.

A consequence of the recount is that Pat Neil, not Joe Bonson, was the 500th player to appear for the club in a League game.