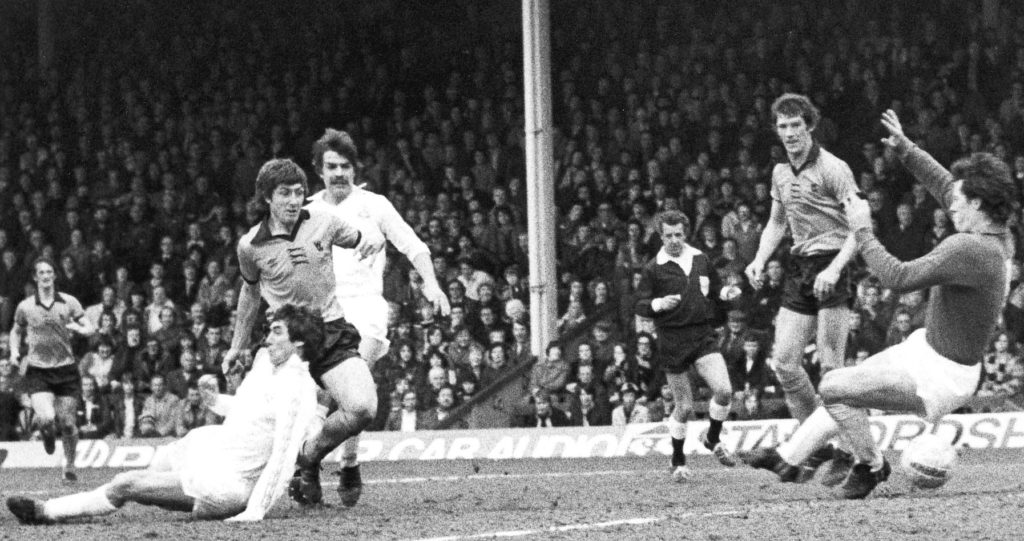 Don’t look, Sam! Allardyce is left floundering as John Richards scores against Bolton in 1978-79 after the Trotters had at last reached the top flight.

Sam Allardyce may not have won any of football’s major honours but we consider it appropriate and opportune to mark the passing of his ultimately successful first England game by recalling how he helped Nottingham Forest become European champions.

The chain of events is somewhat contrived and the story has been told before but his arrival as an international manager at the age of 61 makes this as good a time as any for another airing.

As a craggy schoolboy centre-half, Big Sam dreamed of making it at Molineux, where he watched heroes such as Derek Dougan and Peter Knowles from the North Bank.

Instead, having graduated from the Old Park Farm Estate to having a few matches in Dudley Town’s team as a youngster, he made his name at Bolton, being given his League debut there in 1973 by Jimmy Armfield.

And it was while he was playing for these other Wanderers that he faced already promoted Wolves on the final day of the Second Division season in 1976-77.

Bolton needed to win to be promoted in those pre-play-off days and made a storming start in front of the raucous 35,000-plus crowd at Burnden Park, determined as they were to make up for missing out on a top-flight place by a single point the year before.

The Second Division title had been secured by Sammy Chung’s side the weekend before in a 1-1 draw with Chelsea that also saw to it that the Londoners were promoted.

Frank Munro recalled about the last of his 371 first-team appearances for the club: “To be honest, we went up to Bolton for a bit of a stroll with the pressure off us as we were already champions. Then Sam kicked John Richards once or twice from behind and it stirred us into action.”

Richards confirmed during interviews for the Official History of Wolves dvd that the tide turned in the visitors’ favour after some over-robust attention from his marker.

“For some unknown reason, Sam came into the back of me several times, which really wound up the rest of the players,” he said.

From their unpromising start in the game, Wolves got the bit between their teeth and took the lead when a botched free-kick between Kenny Hibbitt and Willie Carr nevertheless led to the Yorkshireman scoring with a volley.

Clive Corbett’s excellent 2007 book Those Were The Days made play of the fact that Hibbitt was also on the receiving end of some harsh treatment that day and the midfielder was quoted as saying: “It was the two big centre-backs, Allardyce and Jones. They kicked lumps off us.

“Until then, we couldn’t give a monkey’s who went up. After the way they whacked us, we said at half-time: ‘The bastards are going to have to work twice as hard if they want a win.’ We went back out with a determination not to be beaten.”

Wolves’ 1-0 victory in the sunshine meant Bolton stayed down and Forest went up. The Trotters made it third time lucky 12 months later but by then Forest had the League Championship in their grasp and would build on that unexpected triumph by lifting the European Cup in both the two seasons after that. 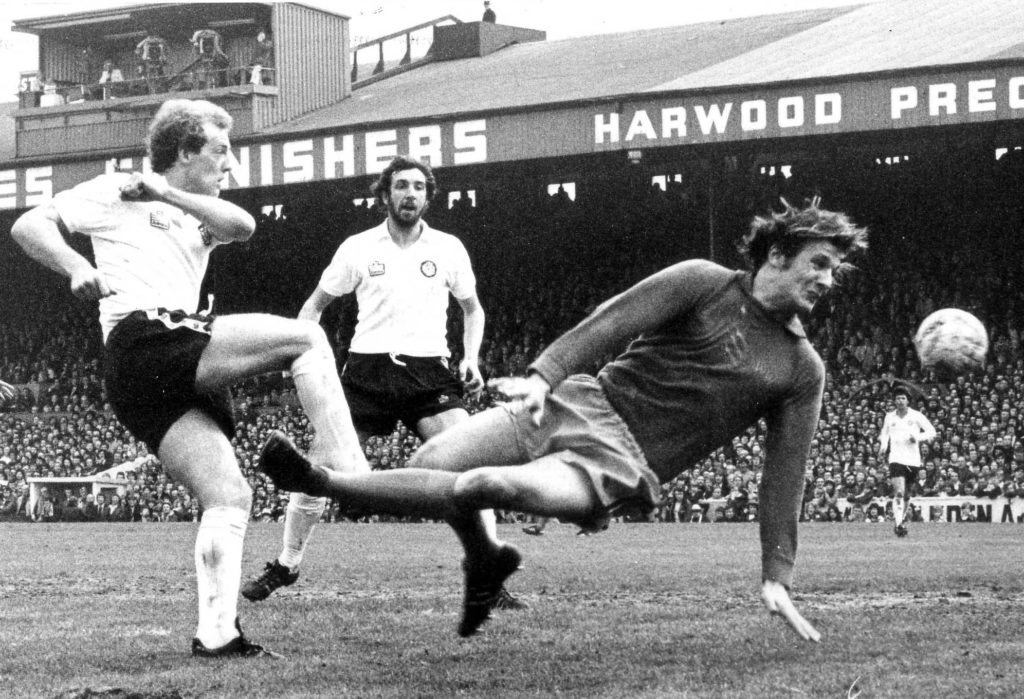 In front of the Match of the Day cameras, Gary Pierce – later to be carried off injured – typifies Wolves’ determination to see the job through at Bolton in 1977.

“If we’d been beaten by Bolton, Forest wouldn’t even have been in the top flight, so they had a lot to thank us for,” Munro added.

That applies to Brian Clough, in particular. He was also the Derby manager to benefit when Wolves’ notorious home win over Leeds in 1972 made the holidaying Rams League champions.

The argument of how Clough never came to manage England and Allardyce did is one we will leave for another day!