Fore! McAlle In The Firing Line 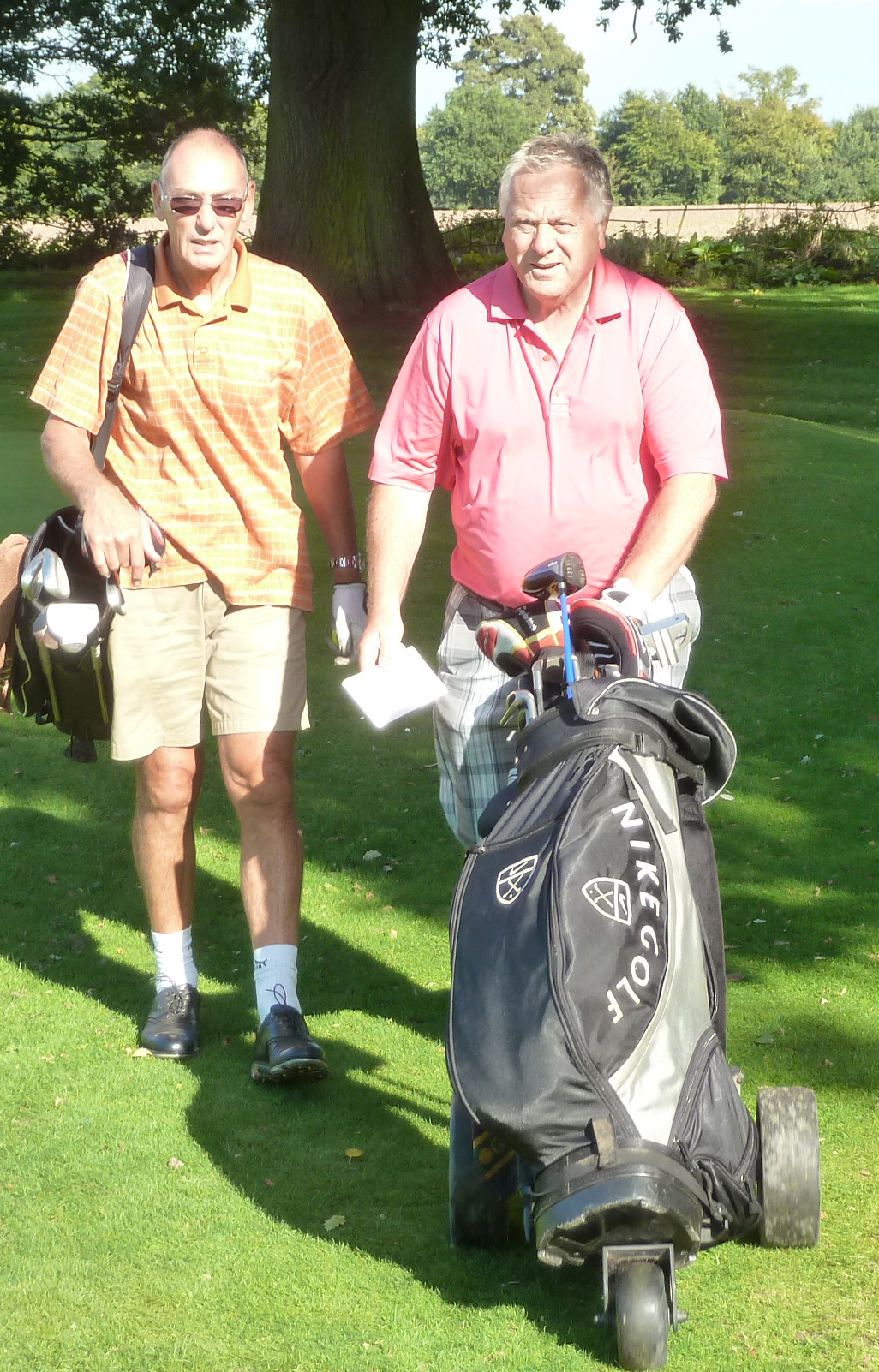 John McAlle (left) on the course with Joe Owen, a well-known figure from local non-League circles and now a Wrottersley official.

“As tough a player as I ever saw,” said Steve Daley of John McAlle on the pretty fairways of Wrottersley Park Golf Club today.

So why did he make the pronouncement in that setting? What was the trigger?

Explanation: An hour or two earlier, the long-time former defender had had the misfortune of being struck by a wayward drive during the former Wolves players’ annual visit.

“I have never been hit by a ball on a golf course in all my years of playing,” McAlle said. “Our four-ball were just stood in what we thought was a safe place while another group were teeing off nearby.

“Suddenly, this ball was speeding at me from around 60 yards away. I had no time to jump out of the way and just turned my back a little to protect myself.

“The ball smacked into me around my ribs and was pretty painful at first, although it quickly wore off and didn’t stop me from playing on.”

McAlle, a 15-handicap member at South Staffs, lifted his shirt – a gold one, of course! – to show off the damage as news of his discomfort quickly spread to former team-mates round the course.

“He was the same as a footballer,” Daley said. “He was as hard a player I ever knew…..never dirty but just very tough and would never stay down even when he was hurt.

“He wouldn’t allow being hit by a golf ball to stop him completing his round!”

The two former playing colleagues were part of a strong Molineux representation at this afternoon’s event, from which donations are made annually to Compton Hospice.

John Richards, Phil Parkes, Terry Wharton, Colin Brazier, Mel Eves and Phil Nicholls were the ‘usual suspects’ and there was a welcome first appearance by long-time ex-Wolves academy boss Chris Evans, who still very much lives in this area. 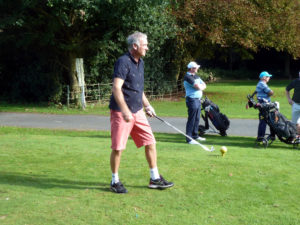 Phl Nicholls……driving his team towards victory.

The winning team were the one containing Nicholls – always a keen participant in what has long been seen as footballers’ favourite other sport.

Dave Jones, another keen participant at such events over the last year or two, was unable to attend because of another commitment.