A Victim Of Molineux Circumstance

Brief Wolves Stay Was Followed By Fulfilling Life As A Saint

Every so often, we profile players who, for whatever reason, didn’t make it at Wolves. The subject of this piece went on to have an excellent first-team career elsewhere, though, so we detailed Charlie Bamforth to do the honours and speak to him. He tracked him down expertly, as he is inclined to do, although his latest subject now lives on the continent.

Terry Paine, the legendary Southampton winger who was part of the 1966 World Cup winning squad, did not hesitate over his nomination for a central midfielder in his best Saints XI.

“Ken Wimshurst……a great passer of the ball, with good vision,” he said. “He always gave me good service and, at the end of the day, that was what was needed.”

If only Wolves had not had that Cullis cull at the start of the 1960s when the legendary manager offloaded players in response to the need to pay his senior players more. Perhaps the name Ken Wimshurst would have had more than a fleeting presence in the annals of Molineux history. 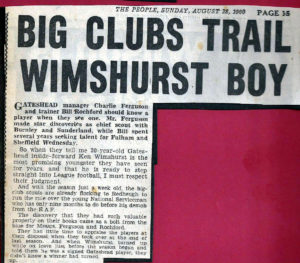 A lad in demand….

The tenacious wing-half (he insists right side, despite his old team-mate’s selection of him in the middle) keeps his pleasing South Shields accent, despite his many years living further south in England and, nowadays, much further south – in Spain.

“I went to Stanhope Road School,” he added. “To be honest, I was a bit podgy – I think my mother was feeding me too well.

“I played on and off for the school team but then didn’t play at all for a year until a pal encouraged me to play for Marsden Juniors.

“I would play wherever they wanted me – first in the under-17s, then the under-18s. One of the blokes running the club started his own team, South Shields Corinthians, and I played for them and that’s when I caught the eye of some clubs. Leeds were interested but I joined Newcastle when I was 18 and a half in July, 1957.

“I was a toolmaker by trade and worked for an electrical firm up in Hebburn. But it was the days of National Service and I joined the RAF.

“I was a part-timer at St James’ Park. Things went well and I got in the second team playing alongside senior players like Gordon Hughes, Bobby Thomson and Alex Tait. By now, I was settled in as a right-half, as they called us in those days.

“There was a huge squad of 48 full-time pros and 24 part-timers. I was on £8 a week. Charlie Mitten came in and started to whittle the numbers down, so four of us went on loan to Gateshead, where the manager was Ron Barry, ex-Newcastle, who knew the young players.

“Come the end of the season, Newcastle ‘forgot’ to renew my contract, so I stayed at Gateshead and started the next season in the first team in the old Fourth Division.

“I was still in the RAF, down in Nettleham, Lincolnshire. Being a footballer, I had some concessions. Charlie Ferguson came in at Gateshead – he was the north-eastern scout for Burnley who had sent all those great players (Ray Pointer and the like) to Turf Moor.

“His coach was a pig farmer called Bill Rochford, who had played left-back for Portsmouth when they beat Wolves in the 1939 FA Cup Final. Bill later played for Southampton and knew Ted Bates, so he gave Ted the nod about me. Southampton came in but I ummed and ahhed.

“Meanwhile, Gateshead had a good Cup run and we played at Barnsley in November, 1960. Stan Cullis and George Noakes were in the stand and they signed me after the game. I think the fee was £3,000. I was still in the RAF Police, so I continued with my National Service while I was at Molineux.

“I wasn’t at Wolves very long. I was mostly in the Central League team. I stayed with Bill Shorthouse’s mum close to the ground, in digs with David Woodfield and Terry Wharton and, later, Peter Knowles.

“Dave was really fit but very serious and he slept a lot! I used to bump into him in later years when he was with Bill McGarry in Saudi Arabia. John Galley was also at Wolves, of course – I became a big friend of his years later.

“The maximum wage came in and Wolves let numerous players go and I was one of them. At that time, I came out of the forces and Ted Bates, remembering me, signed me for Southampton in July, 1961. There was no transfer fee but I got mi’ £10 signing-on bonus!

“They were the best years of my career when I was at the Dell. I had mi’ legs. And living down there, coming from the north-east…..I thought I was in Majorca! I could wear polo shirts.

“We had a good team. Ted Bates wasn’t exactly Mourinho but he could bring in good players who worked well together. Paine, Sydenham, Ron Davies – Chivers and Channon couldn’t get a game! Tony Knapp, Stuart Williams. Jimmy Melia was there the last two years.”

Freddie Kemp, I asked? Ken chuckled. “Now there was a character!” he said.

“Dave Maclaren came. We played golf every week, him and me versus Chivers and Davies. Dave always referred to me as Ken Bousfield after the old professional! Did you know Dave’s Dad was greenkeeper at Gleneagles? 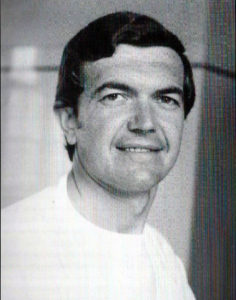 With Southampton – the high spot of his career.

“He always prided himself on his distribution. I remember one game against West Ham – he launched one and shouted to me: ‘Did you see that? Bousfield, with a bit of draw.’ That was Dave.

“I didn’t play in the game when Saints beat Wolves 9-3 at The Dell. I was on the bench next to Ted and couldn’t believe my eyes. I don’t believe I ever played at Molineux against the Wolves either.

“One player I remember well, though, was Mike Bailey, with his barrel-chest. Of course we battled in midfield, including when he was at Charlton. In later years, I used to encounter him on my travels, always with his wife. Smashing lad.”

It was Wimshurst who dropped to the bench at Molineux later in 1965-66 on the night David Webb played his first game for Southampton. The man who was destined to become a Chelsea legend scored in the 1-1 draw in which Bailey made his debut for Wolves.

“The highlight of my time on the south coast of course, apart from promotion in 1965-66, was the FA Cup semi-final against Manchester United at Villa Park in 1963,” he said.

“It was bitterly disappointing for us. Dave Burnside was on the left of our midfield with me on the right. I can see George O’Brien now…..all he knew about was scoring goals. He turned and blasted one from 20 yards. David Gaskell was off his line but I can see the ball now, sticking between his hands.

“Later, Hughie Fisher and Jimmy Gabriel, a great friend, came. Hughie took my place. I played odd games but it was time to move on.

“I became Alan Dicks’ first signing at Bristol City in October, 1967 after he moved down from Coventry. The fee was £15,000, I believe. A week later, he signed John Galley. Much later, Les Wilson joined and lived near me in Clevedon – I can see him now walking his two Bassett Hounds.

“I stayed until I was 35. Looking back, perhaps I should have left Bristol earlier. I had quite a few offers but there it is. I enjoyed my time there. I stayed loyal to Alan Dicks.

“We had a good run of four years in the top division. I was then offered the job as youth coach and when John Sillett fell out with Dicksy, I became second-team coach and was at Ashton Gate until 1981. 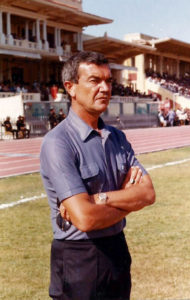 “Don Mackay went back up to Scotland and I went to help him at Dundee for a few months as youth coach after Frank Upton, another former behind-the-scenes Wolves man. Then I went to Egypt – that’s a book in itself! I had two years as coach to Alexandria. I enjoyed that, being my own boss.

“I came back and did some scouting. Later, in the 1990s, there was a Southampton scout who lived in Bath and he started a centre there. Because I was a qualified FA coach, I ran that for four years and we had lads from Bristol, Bath and Cardiff. The year I left, Gareth Bale came in.

“I had long had a sports business in Bristol. I knew a guy from the rag trade and we came up with kits that local sides could afford. But when I got to 60, I thought ‘that’s it’ and my wife Megan, a Bristol girl, and I came to live in Malaga.

“I did a bit of scouting and would visit the likes of Real Madrid and Barcelona and it was great to see how they did things. They all play the same way but they are football teams. Wonderful to see!

“I go to watch Malaga occasionally but mostly I watch on television. To be honest, I’m a bit despondent about some of the things I see. The money has become ridiculous.

“We didn’t get paid crazy money but we were looked after. Dicksy loved his end-of-season tours and we went all over. Don Megson was at Portland Timbers and we went there. When Rinus Michels took the Dutch contingent to Miami, we also went there and tried to sign Cruyff afterwards!

“In the end, the players rebelled and refused to go to Australia! With the Saints, we went to Thailand – it was all linked to the tobacco company, BAT. Leicester went with us.” 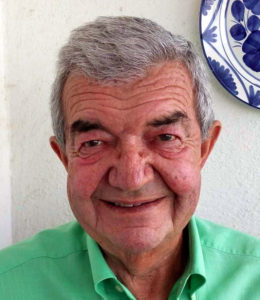 They were simpler days in many ways. But I insist that, with the likes of Ken Wimshurst as a typically loyal and determined professional earning an honest day’s wage for a job well done, they were in so many ways better.

In his career, he played 308 Football League games and scored 18 goals. I would have loved some of those to have been in a gold shirt.