A Night To Remember

Stylish Start To Life On The Book Shelves 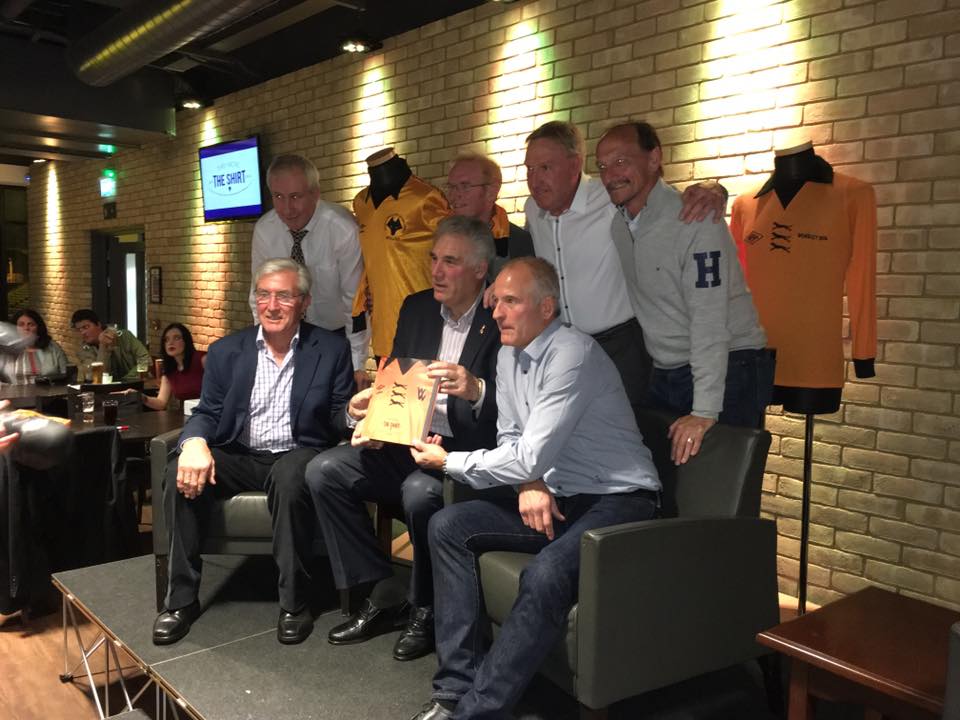 There have been some excellent book launches at and around Wolves down the years, starting with the one at the Goldthorn Hotel that had Ted Farmer coming over all misty-eyed as he took the wraps off his autobiography in 1987.

More than once, the Express & Star had fans queueing down the stairs to get copies signed by anything up to three dozen former players seated at tables around the perimeter of a room and, by way of novelty value, Brian Roberts attached his paperback, Harry’s Game, to a rocket and sent it zooming skywards at half-time of a Bonfire Night game against Bristol Rovers in 1991.

But last night’s sell-out occasion to mark the completion of Steve Plant’s high-quality project of a lifetime, They Wore The Shirt, undoubtedly beats the lot.

I have to say I didn’t knock this fifty-something lifelong Wolves fan over with my enthusiasm when he approached me around a year ago for some help with the text.

Thank goodness those initial reservations gave way to full commitment, though, around the time he was seen getting along so easily with any number of his heroes at the start of FA Cup third-round weekend during the first of several photo shoots.

What was so massively impressive was his insistence as a complete newcomer to this world that it would be a no-expense-spared publication from which he didn’t expect a penny piece back for all the months of effort and sleepless nights. He had decided that ALL profits would go to the Birmingham Children’s Hospital cancer unit.

How could we not have a lump in our throat as we heard how his dad John, given three months to live, had refused expensive cancer medication and insisted that any available resources should be channelled instead into stricken kids because ‘I have had my life and enjoyed it – theirs is still ahead’?

John lived on for three years until 2012, strengthened by the interest and pride found when his eldest son started to collect Wolves shirts by purchasing George Elokobi’s match-worn jersey off ebay. He would have been so proud……having this massive undertaking dedicated to him is a wonderful tribute.

George was among the more recent players – Matt Jarvis and Stearman were others – who sent Bully-led video tributes that were broadcasted to a turn-out of around 250 last night.

A lap-top was bought for Mr Plant Snr in his early 80s so he could keep tabs on Steve’s www.wolvesandenglandmemorabilia.co.uk website – one showing the collection that grew big and fast, made the floor boards creek at his Wordsley home and forms the central thread to the 256-page full-colour book.

Borrowing money ‘that I hadn’t got’, Steve resolved to have 1,877 copies printed – the figure commemorates the year of Wolves’ formation – and, spotting one or two doubting faces around the table among the back-up team he had assembled, said: “We WILL sell out.” How could you not be swept along by this positivity and cause?

The 1970s players loved pulling on the famous gold shirt again at the photo shoots. It was a tighter squeeze for some than others but the shirt, the badge, the name are what it’s all about…….it is what defines Wolverhampton Wanderers. How could anyone doubt the success of a book that would capture this iconism!

Hibbitt and Richards stepped on stage for an interview conducted by renowned events organiser Steve Saul and there was a lengthy turn of the highest entertainment by Steve Daley, who nobody with a love of self-deprecating humour ever tires of.

On a more serious note, the presentation of the first cheque to Birmingham Children’s Hospital – largely the proceeds from the first They Wore The Shirt golf tournament in May – was quickly followed by another hasty money transfer after a brilliantly supported auction lifted last night’s proceeds to around £6,000. The hospital has already benefited from all this to the tune of £7,000-plus.

Sky Sports’ Johnny Phillips, who provided one of the forewords, was also with us for this memorable launch night, so were Wolves’ supporter liaison officer Paul Richards, Matt Grayson and Paul Berry from the media office and the club’s long-time manager’s secretary, Alison Matthews. Jacqui Oatley, now based in the Home Counties, sent her apologies and best wishes in a lovely address made recently at the end of her Final Score duties on BBC.

No corners were cut, no stone was left unturned. It was sheer professionalism all the way and it’s a project that deserves to succeed hugely. Copies are now available through Wolves and a variety of other outlets, about which fans are welcome to email us or ring us (07734-440095) for further details. 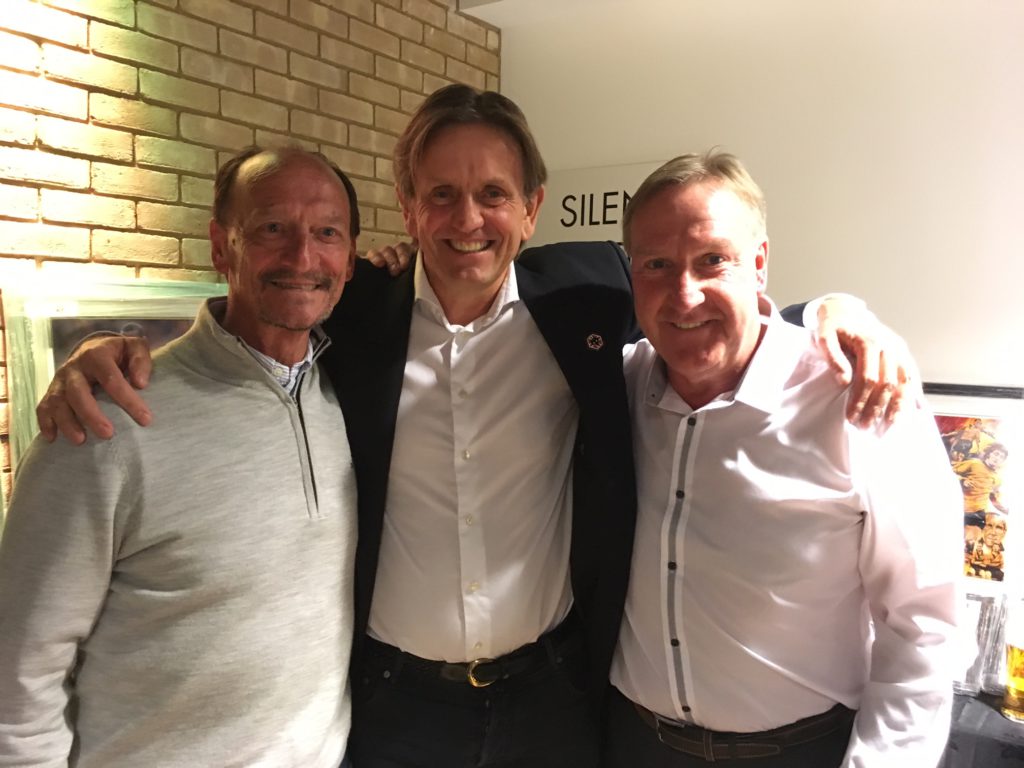 On top of all that, the lovely Andrea Plant can now have her husband back for a while.

* For the photos we have used with this piece, we are indebted to Cecilie Sælen, who flew in from Norway for last night’s event with her fiancé Odin Henrikssen – after he had already pushed the boat out by paying to sponsor a page in the book.

** Wolves put They Wore The Shirt on sale at 9am yesterday and had sold out by the end of the day! A re-order two and a half times as big has already been made.