Bully Milestone Just One Of Many 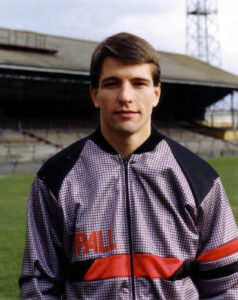 Was it really almost 30 years ago?

We are all probably getting the idea that this autumn is a time for major Molineux milestones.

The Steve Bull dinner (and book) scheduled for next month is to commemorate the 30th anniversary of his arrival at Wolves, which means we will also have the dates in the next few weeks on which he made his debut for the club and scored his first goal for them.

We have just passed the day, 30 years on, from when Graham Turner was appointed and it was 45 years ago today that Steve Daley made his first Wolves start – and marked the 4-2 home victory over Southampton by scoring the killer goal near the end.

Returning to the Bully era, we are told by John Hendley’s ‘Wolves On This Day’ book that it was 29 years ago tomorrow that long-time Alistair Robertson captained Wolves for the first time.

Floyd Streete had previously carried out the role but asked before the 1-0 win at Carlisle, which also happened to be the 550th League game of the Scot’s long career, to be relieved of the duties as he was in a contract dispute with the Molineux management and board.

Historians may be interested to note that October 12 is the anniversary of a feat even Bully didn’t manage, not in a first-team fixture anyway.

That was the date in 1929 on which Billy Hartill became only the second Wolves player in history (after Tom Philippson) to hit five goals in a match. His heroics came in a 5-1 home slaughter of Notts County. 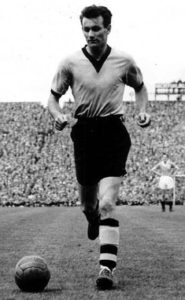 I was delighted to discover several years ago that my first ever trip to Molineux (for the Boxing Day game against Aston Villa in 1964) was both the last of Peter Broadbent’s 497 Wanderers appearances and the first of the 404 games Dave Wagstaffe played in gold and black.

‘Wolves On This Day’ has information of another hello-and-goodbye occasion in the club’s rich history…..

That was 53 years ago this coming Friday when Peter Knowles’ debut in a 1-0 win at Leicester coincided with the farewell Wolves appearance of Jimmy Murray prior to a move to Manchester City.