Wednesday, October 5: Talk about feeling old……was greeted by a familiar face from around the city at the spectacular launch night of the They Wore The Shirt book high in the Stan Cullis Stand tonight. He told me that the 34-year-old nephew he had at his side was only eight when the three of us first met when we were flying to Wolves’ 4-1 win at Newcastle on the first day of the 1990s. I or a colleague apparently pulled the family duo’s names out of the hat in an Express & Star competition offering free flight tickets. 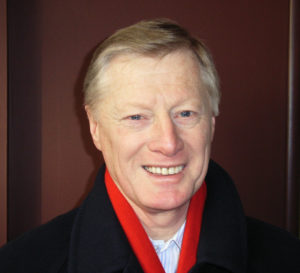 Thursday, October 13: Among those disappointed to be missing the chance to pay tribute to Graham Hawkins at his funeral next week will be early 1960s Molineux youngster John Southall, who returns later that day from holiday. But he has written in an email to us: “I will never forget all that Graham did for me. He was a great team-mate and always encouraged. He was a Godsend and a terrific team player.”

Tuesday, October 18: Was delighted to have a chance meeting with Don Goodman and his partner in a retail park in Stafford, a few miles from where he now lives. He was enthused by the weekend draw at Villa that he co-commentated on and will be on Wolves duty again at Blackburn a week on Saturday and at home to Derby seven days after that.

Wednesday, October 19: Alan Dodd and former physio Dennis Conyerd were among the guests at Graham Hawkins’ packed-out funeral at Bushbury Crematorium this morning, Doddy’s appearance lifting the mood in particular as he has not been seen much in these parts since his spell as a popular player here.

Saturday, October 22: Bumped into Steve Daley outside Molineux before Wolves’ home game with Leeds and was surprised to hear that he was putting in a corporate area appearance and then departing ahead of kick-off to a dinner speaking engagement in Manchester. We had a new face among us and behind a microphone in the press box – Scott Sellars, who started his long playing career with today’s visitors and is now on the Molineux coaching staff. He sat behind the Leeds duo of Eddie Gray and Neil Redfearn, who were also on radio duty.

Tuesday, October 25: Thrilled to see Mark Venus having such a good start as Coventry’s caretaker manager, with four wins in five games since the departure of his long-time boss Tony Mowbray. He is in charge until at least January, so here’s hoping he can keep up the great work.

Thursday, October 27: Interviewed none other than best-selling thriller writer Frederick Forsyth for the club programme and website as part of a morning’s relief work in the media department at the Compton training headquarters. Was also impressed by what I heard close up in an interview given on camera by interim head coach Rob Edwards.

Sunday, October 30: Received a nice reply from Kenny Jackett to the best-wishes email I sent him after his appointment in charge at Rotherham. He must have been gutted when his new side conceded a 95th minute equaliser at Mick McCarthy’s Ipswich yesterday.