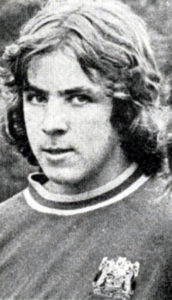 Mark McGhee as a boy at Bristol City.

Wolves have had English, Irish, Norwegian, Welsh and Italian managers or head coaches in the two decades that have almost passed since a Scot last filled the Molineux hot seat.

Time was when our dug-outs seemed to be dominated by men with accents that may have resembled the big winners of this trade like Busby, Ferguson, Shankly and Dalglish.

Now the tartan spread is considerably thinner….Alex Neil and Owen Coyle are at the helm of clubs at opposite ends of the Championship and Sunderland have David Moyes in situ but there are few others in positions of prominence.

And today’s appointment of Paul Lambert is the first time Wolves have looked north since they waved goodbye to Mark McGhee in November, 1998, and replaced him with his assistant, Colin Lee.

Other Scottish bosses employed by Wolves over the decades are Andy Beattie and Tommy Docherty, with Glaswegian Ian Ross having had a spell as caretaker manager at the club.

In keeping with the lesser reliance on Scottish managers on this side of the border, Molineux has currently ceased to be the magnet it often has been for players from north of the border.

At the start of England v Scotland week and this new Wanderers era, we can look down the present staff and observe an absence of players hailing from a breeding ground that was so prolific in the past. 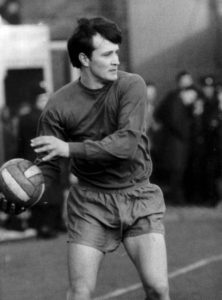 Evan Williams – one of many Scots on the 1960s Wolves playing staff.

In the 1960s, for example, Paddy Buckley, Hugh McIlmoyle, George Miller, Dave Maclaren, Evan Williams, Frank Munro, Hugh Curran, Jim McCalliog and the English-born, Scottish-bred Chris Crowe figured on the list of men who made a big impression on first-team football here and beyond.

Even in relatively recent years, the Scottish element has been strong, with representation at full international level achieved by the likes of Christophe Berra, Chris Iwelumo, Steven Fletcher and Leigh Griffiths.

Not so at present….but will the new man in charge at Molineux bring about any sort of shift in trend?