Backpass Back – Let’s Keep It That Way!

A Magazine To Cherish And Support 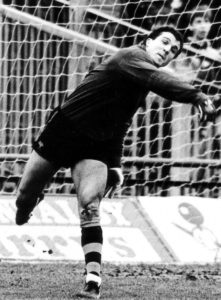 John Burridge….his action-packed career shows no sign of letting up.

We are always happy to promote the wonderful efforts of our friends at Backpass – more so than ever after what has proved to be a tricky time for the publication.

Issue 52 has just come out with the usual rich content but also with an explanation as to its delayed appearance and to the challenges it is facing.

We therefore urge all readers who enjoy our output on these pages to pick up a copy – and hopefully another!

This magazine is already past its ninth birthday and has been implementing plans to survive well beyond its tenth anniversary next October.

“Though sales remain buoyant, the costs of retail distribution have become prohibitive for such a niche publication,” says an editorial headlined ‘The Future’.

It continues: “The immediate future of Backpass has been assured….discussions over the longer-term future are on-going.”

The Professional Footballers Association, firm friends of the magazine, have helped with the rescue package and one outcome is that there will again be issues every two months next year.

Subscriptions have been suspended for the time being and we would urge our readers to view the purchasing procedure at www.backpassmagazine.co.uk or make further enquiries by ringing 0330-6061417.

It would help the magazine’s publishers hugely if anyone who previously bought their copies off the news stands would investigate and implement one of these alternative options. Our collective interest would do much to underpin the publication’s survival.

We would find it much harder to extol the many virtues if this magazine hadn’t always been such a good read for Wolves supporters. 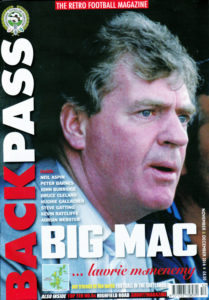 The front cover of the newly-published issue.

The latest offering is no different, complete as it is with an illuminating long feature by David Harrison on John Burridge, a man whose antics and excellence he used to write about for the Express & Star during the keeper’s stay at Molineux.

This feature concentrates largely on life in the Gulf, where the mad-cap 64-year-old has survived a near-fatal road accident and owned up to having suicidal tendencies.

Two of the three accompanying photos show Burridge with former Wolves men – Brian Little and Dave Beasant – and Ivan Ponting’s excellent obituary section at the back of the magazine contains a lovely tribute to Budgie’s Wanderers gaffer, Graham Hawkins.