Full Of Fizz – But Not At Wolves 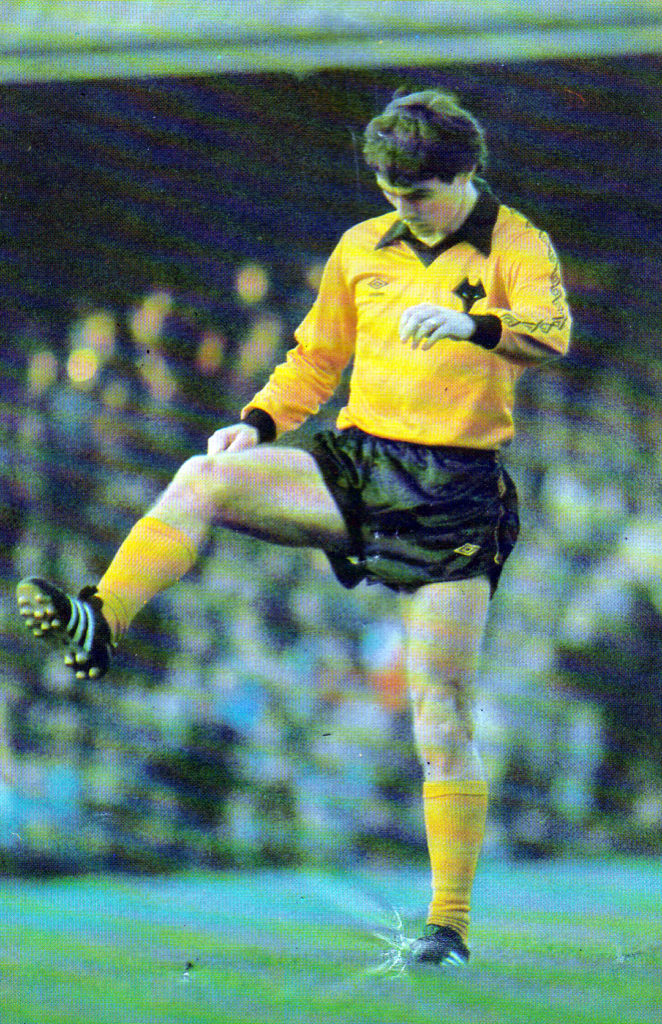 More evidence has come to light regarding an exciting talent Wolves had at their fingertips – but failed to extract the most from.

“We called him Tizer, after the drink, because he was so bubbly. I have always said that while Glenn Hoddle also had two terrific feet, Tizer had the same qualities and could do anything with the ball – but also do things at speed. Glenn couldn’t.

“Glenn was a little bit of a stroller, directing things in midfield, pinging balls around. Tizer had the same sort of technical ability but could do it at pace with both feet. He was a magical player…..he really was.”

Unless they recognise the nickname, Wolves fans could be excused, on the evidence of their own eyes, for not realising that the platitudes above are aimed at Dave Thomas.

The winger was hardly a big success as a £325,000 Molineux capture from Everton, clashing with John Barnwell’s no 2 Richie Barker to such a degree that his form disappointed and he was glad to say his farewells in 1981 with a move to Vancouver Whitecaps.

But Bob Latchford, a colleague of the north-easterner’s at both club and international level, is adamant that we are talking about a player of serious quality.

In his 2015 autobiography, A Different Road, the former Birmingham and Everton forward said: “There’s the old saying about landing a ball on a sixpence but Tizer could really do it.

“He could land it wherever you wanted it, which, to a centre-forward, is the ultimate gift. His balance was absolutely phenomenal. You can’t do without having great balance and good feet. And he was a joy to play with, an absolute joy.”

If only Wolves could have seen more glimpses of the ability that made Thomas a young star at Burnley and earned him eight England caps after he had been transferred to QPR, where he almost become a League Championship winner in 1975-76.

And it is clear that the striker’s appreciation of a player who did much to help him hit 30 League goals for Everton in 1977-78 began at a very early age.

“I first saw Dave at a schoolboy international at Wembley when I was 15,” Latchford added. “He had a style and verve that attracted me to him as a player. He could do things with the ball, like juggling it with both feet, that few other players at that level could manage. I remember thinking: ‘He has got some ability, this lad. He’s going to be a player.’ Sometimes you can recognise players who are going to make it to the very top and so it was with Dave.” 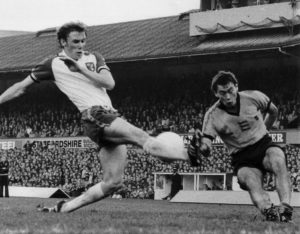 Latchford went on to describe Thomas as the ‘stand-out player’ in the England squad in which they were both selected for the 1969 European Youth Championships in East Germany.

The party for the tournament also included Steve Kindon – another player who was serving Burnley at the time and who later moved to Molineux.

Where are the kind words going to end? Are they really directed at the man who struggled through only 16 games for Wolves?