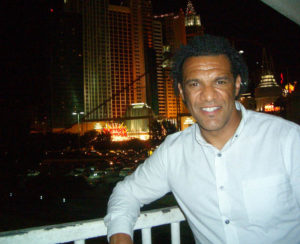 Saturday, November 5: One of my stranger Molineux days…..met Don Goodman, Andy Thompson, Mike Bailey, John Rudge and former Rams striker Tommy Johnson before kick-off at the Wolves v Derby clash – and then got out of town before a ball was kicked in order to fulfil an interview assignment at Curzon Ashton’s FA Cup tie away to Herefordshire minnows Westfields. The real reason for calling at Wolves en route was the chance to meet acclaimed author Frederick Forsyth CBE, who I interviewed on behalf of the club during the week to publicise his attendance at the game as part of Wolves’ Remembrance commemorations.

Monday, November 7: Most managers or head coaches are accomplished in front of the cameras these days but Paul Lambert really was impressive when answering questions from the assembled media on his first day in charge at Molineux. He looked refreshed and much more relaxed than in his difficult final months at Aston Villa – something I hope I captured in the piece I was asked to write for Wolves’ official website.

Thursday, November 10: Belatedly caught up, through watching recorded programmes at home, on the fact that I narrowly missed Dean Saunders at Westfields. There was no sign of the former Wolves manager when I arrived there 75 minutes before kick-off but Football Focus showed he and Trevor Sinclair being interviewed live there by Dan Walker that lunchtime.

Friday, November 18: Had a wonderful hour with the former players as they assembled at the Mount Hotel in Tettenhall Wood for Bully’s 30th anniversary dinner. It was great to meet those we no longer see much of…..Tom Bennett, Paul Blades, Paul Cook and Gary Bellamy, the latter of whom is probably the furthest flung of them all, resident as he now is in the south-east. What a terrific bunch they are……still good mates after all this time and able to pick up the threads of their camaraderie in an instant.

Thursday, November 24: Enjoyed, as ever, talking to Mark Burke when I rang him about a story I am writing for Backpass about Aston Villa’s promotion season under Graham Taylor in 1987-88. Also chatted by phone on the same subject with Steve Harrison, a member of the manager’s backroom team at both Villa Park and Molineux.

Saturday, November 26: Wolves v Sheffield Wednesday…..a difficult home start for Paul Lambert. How he could have done with an on-parade Steve Bull from his prime. By my reckoning, Bully faced the Owls three times and scored in each…..mind you, that was par for the course for him. 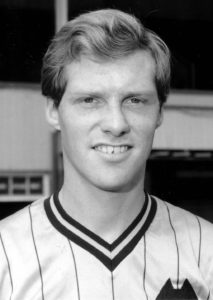 Wednesday, November 30: Bob Coy, who celebrated his 55th birthday yesterday, may be heading for a night out with old team-mates thanks to Wolves Heroes. We were delighted to be contacted out of the blue by Jim Barron and equally pleased to pass on details of the defender’s whereabouts so he can be contacted by ex-Northampton manager Graham Carr for a reunion of the Fourth Division promotion-winning Cobblers squad from the late 1980s.