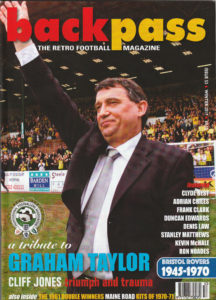 Tinged though it is with sadness, the outstanding latest issue of Backpass is as strong as ever on Wolves content.

The magazine was close to going to press in the first half of last month when the news of Graham Taylor’s passing prompted a rejig.

As a result, the former manager’s photo now appears on the front cover as a way into four pages of tribute to him, written by Midlands-based journalists Phil Shaw, David Harrison and Wolves Heroes’ David Instone.

Later in the glossy 64-page publication is an extract from what Graham wrote about the FA Cup during the years he spent as a popular Backpass columnist.

Sadly, Wolves favourites feature far too prominently in the obituaries section of issue 53, with Dave Maclaren and Ian Cartwright included from some 20 years apart in the Molineux story and, from even earlier, Sammy Smyth.

Ivan Ponting’s piece on the Ulster-born forward starts beautifully. “Before there was Ricky Villa, there was Sammy Smyth,” he writes. “The Northern Ireland international front-man climaxed a breathtaking Wembley dribble by netting for Wolves in their 1949 FA Cup final victory over Leicester City.”

Continuing on a posthumous theme, David Harrison pays tribute to Black Country boy Duncan Edwards in a three-page article that once more refers to attempts by Wolves to sign him.

“I sat for hours on end outside his house on the Priory estate in Dudley, waiting for him to come home from school and try to persuade him to sign for Wolves,” Stan Cullis is quoted as saying. “But I was wasting my time. All he ever wanted to do was play for Manchester United.”

Dig deeper in the latest offering from this wonderful nine-year-old publication and there are other references of a gold and black tint. 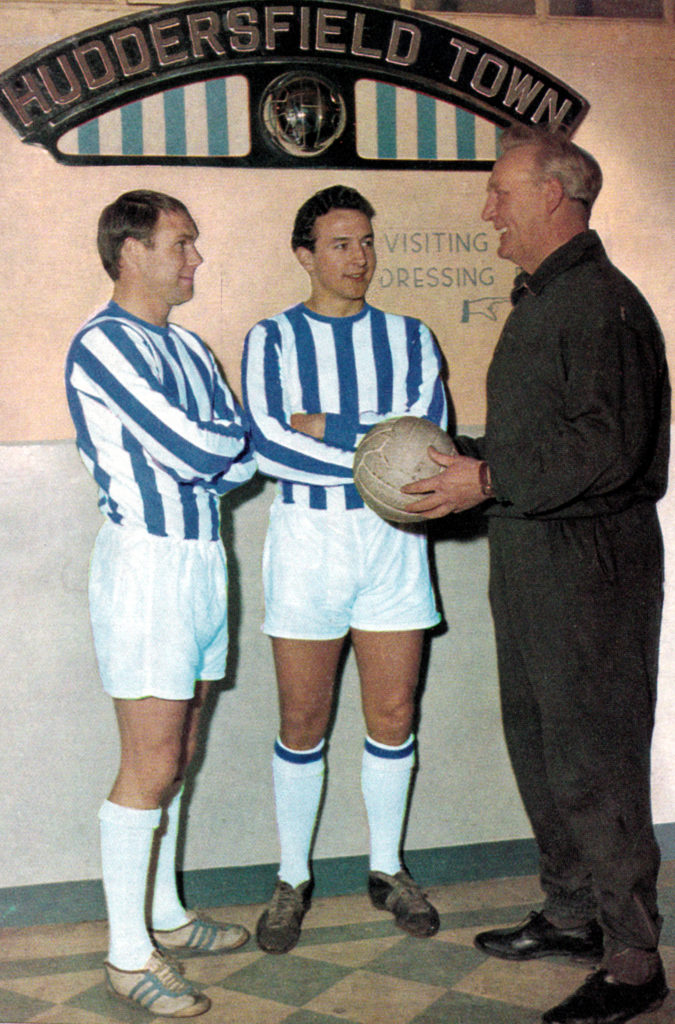 Mike O’Grady is quoted at length in a two-page feature about Huddersfield and in particular their reaction to facing Stanley Matthews on his return to Stoke in 1961 after 14 years with Blackpool.

There is also mention of Bobby Downes – part of Taylor’s backroom team at Molineux in the mid-1990s – being among the scorers on the bizarre December midweek afternoon in 1973 on which Rochdale were beaten 5-3 at home by Grantham after leading 3-1 at half-time, their FA Cup second-round replay kicking off at 1.15pm because of the ban on floodlight use caused by power shortages.

Backpass costs £4.50 and much more information of how to purchase, with subscriptions recommended, is available from http://www.backpassmagazine.co.uk or by emailing minorbez@aol.com and ringing 0330-6061417.