Wolves Were Lucky To Oldham! 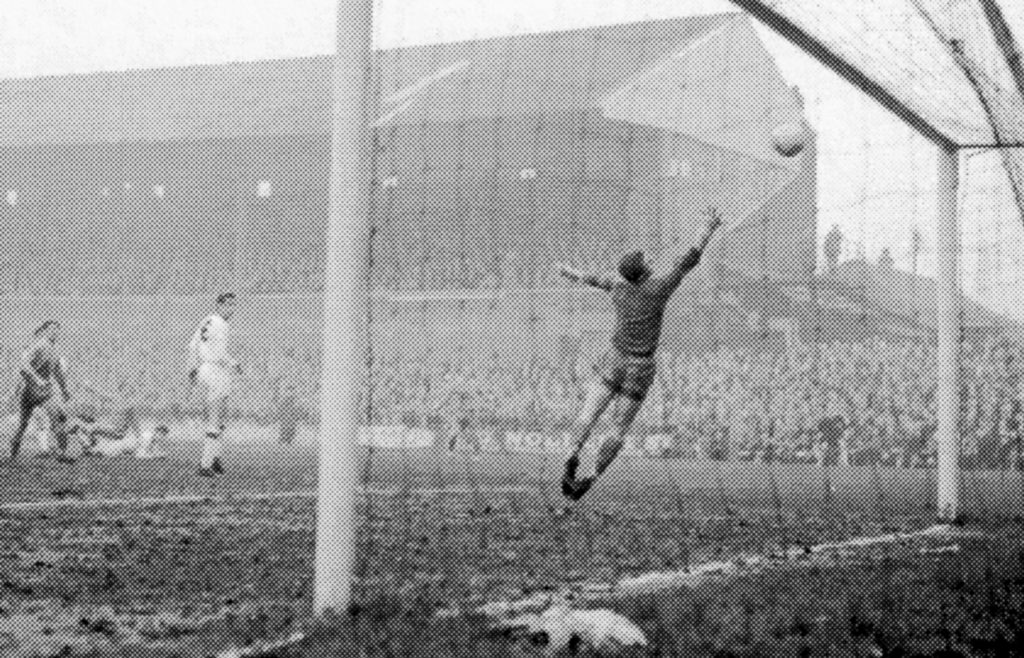 Ken Knighton couldn’t have been happier when the FA Cup draw 50 years ago this winter pitched him into combat against Wolves.

The young full-back had left Molineux only two months earlier for what he calls the ‘princely sum of £12,000′, so the chance to face his former club with Third Division Oldham in a third-round tie was an opportunity to remind Ronnie Allen and others what he could still do.

Imagine his disappointment, therefore, when injury misfortune cut short his big day almost before it had started.

Knighton suffered a shoulder problem when colliding with team-mate Reg Blore in the opening minute at Boundary Park and went off soon afterwards. He probably didn’t even need a shower before watching the rest of the game while in a sling.

“I was absolutely devastated,” the former Wath Wanderer said in the build-up to this weekends’s fifth-round action. “Facing Wolves was the draw I really wanted and hoped for. I was thrilled when our names came out together.

“Just before the tie, I recall Ron Flowers coming up to scout one of our home matches because he was injured and he said some nice things about me.

“I could understand why Wolves let me go because I wasn’t going to be playing many first-team games but I still felt I wanted to prove them wrong by doing well against them.

“What Reggie Blore and I were doing bumping into each other, I have no idea. He played up front for us, so we should have been in different areas of the pitch. Perhaps it was a set-piece.”

Wolves, pushing hard for promotion from the Second Division at the time, flirted with an embarrassing defeat by falling behind to a goal in each half by former Stoke winger Keith Bebbington.

It is part of travelling fans’ folklore that a number of Wolves supporters left Boundary Park in disappointment before the end, with their team still two down with only two minutes to play.

Many then poured back in after they heard the cheers that greeted what still seemed likely to be only a consolation goal. They were therefore safely in place to joyously celebrate the equaliser almost immediately afterwards. 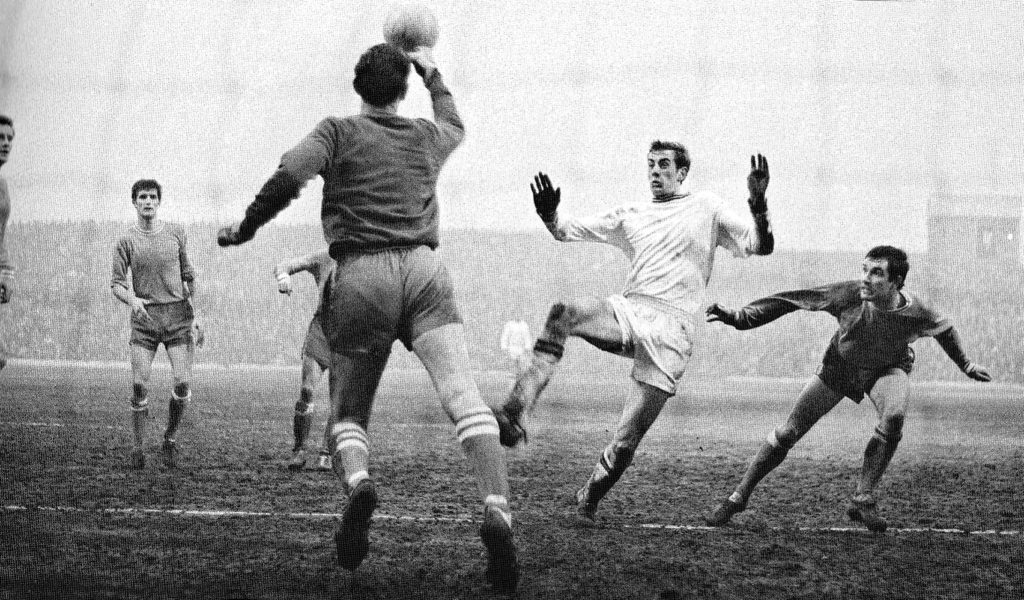 John Holsgrove on the attack as Wolves try to hit back at a wintry Boundary Park.

Mike Bailey and Bobby Thomson were the players who broke the underdogs’ hearts and Knighton added: “Who would have thought it……Bobby Thomson? How many goals did he ever score for Wolves?

“He and I were good mates. We were the first apprentices the club ever had following the groundstaff system and signed on the same day a few weeks after the club beat Blackburn in the FA Cup final.

“It’s hard to believe but Bobby actually struggled for pace at first. It was the thing that looked like holding him back.

“Then the club sent him off for special training with a sprinter…..was it Peter Radford? He came back to Molineux a different player. He was like lightning!

“In a way, he was one of the reasons I left. He was a top player by the time the Oldham manager, Jimmy McIlroy, came for me. Ken Bates was Oldham’s chairman then and I recall we had this horrible kit of orange shirts and blue shorts. That’s obviously why Wolves changed to all white at Boundary Park.”

Phil Morgan, the genial and gentlemanly Express & Star correspondent, would no doubt have commiserated with Knighton at missing out almost entirely on his big day.

He effectively wrote him out of the replay on the paper’s back page on the Monday, when the two teams were handed the carrot of a home tie against Cup holders Everton in round four – assuming Harry Catterick’s side overcame Burnley at the second attempt.

Knighton surprised everyone, though, by declaring himself fit to play at Molineux, where he was pictured getting the last touch as David Woodfield’s header thundered off him and into the roof of the net for one of Wolves’ four goals.

Ernie Hunt, Terry Wharton and Hugh McIlmoyle scored the others in front of a remarkable 39,099 crowd that was then dwarfed by the 53,439 attendance for the visit of the star-studded Merseysiders.

Everton departed the West Midlands with a 1-1 draw and then beat Allen’s men 3-1 at Goodison Park, where the turn-out topped 60,000. Wharton netted home and away in the double-header.

While Wolves famously followed up the winning of promotion by criss-crossing and conquering America in the summer, Knighton flew out with Oldham on an equally unlikely adventure.

They went on a close-season tour of Rhodesia, where he was made skipper – a role that followed him round the rest of his playing career with Preston, Blackburn, Hull and Sheffield Wednesday.

“I always seemed to be captain from then on – and later became a manager, of course,” he said. “I don’t remember much about that replay against Wolves but it’s the last time I played at Molineux. I didn’t appear there with my other clubs. 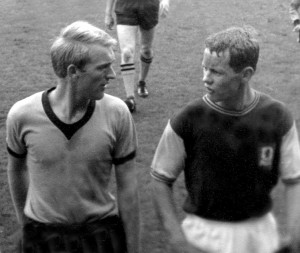 “My Wolves debut was at Liverpool and I was delighted to see them win at Anfield recently in the fourth round. I wish all clubs would field their strongest side in the competition, though.

“I remember there was such a buzz about Molineux when Wolves were Cup holders. I know people are making a lot of the fact Lincoln, Sutton and other smaller clubs are going a long way now but we shouldn’t forget that some of the surprise results are influenced by bigger teams resting players.”

Knighton turns 73 on Monday and will be interested to know that Bobby Thomson scored three goals in his 300-game first-team Molineux career!