Time For A Strong Last Quarter

Outsider’s View On The Task Ahead

FA Cup heroics over, Wolves are back in Championship action this weekend, with their season still having plenty of important ground to run. Ignacio del Valle Ruiz, a football ‘freak’ with a soft spot for the club, is one of the founders of FootballPredictions.com and is responsible for the creative part of the website. He now has his say on Molinux matters over the next two and a half months. More inside information regarding up-coming Championship fixtures can be found here.

Wolves finished 2015-16 in a modest 14th place, no fewer than 16 points behind the play-offs berth. They were eager to improve considerably in the current campaign but, as things stand, they are all of 23 points behind sixth place with 13 matches left. However, they should not be written off yet. 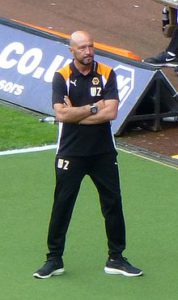 The team taken over by Walter Zenga made a promising start, with only one loss in the first six League fixtures and some EFL Cup progress. But they struggled for form in October, with only two points and three goals to their credit. The two games against QPR brought the side – now under new management – starkly contrasting fortunes but a Boxing Day victory over Bristol City added to confidence levels. Wolves arrive at Friday’s home derby with Birmingham on a three-game losing run in the Championship, though, and with a brave Cup KO against Chelsea on the end of that sequence.

Wolves kicked off their campaign with a 2-0 win at Stoke. If that was unexpected, the outcome of the game against Liverpool in the next round was something else. Against all the odds, they outplayed Jurgen Klopp’s troops, with Helder Costa’s man-of-the-match performance containing the key assists and being followed by news that he had been signed permanently in a club record deal. Fans were hungry for more success and Chelsea were up next. Wolves sadly failed to turn their dominance into a lead in the first half and the runaway Premier League leaders ultimately gained control. It was still a successful and thrilling journey and beating star-studded Liverpool at Anfield will live for ages in the memory.

Still A Time For Looking Upwards

Wolves are regarded as hot favourites to beat Birmingham in two days’ time as the Blues have been totally out of form. And who knows where a couple of victories might lead? The side have games in hand and wins over Huddersfield and Brentford would make seventh place seem closer. The more urgent priority is to pull away from the lower end of the table. If the losing run were to drag on, Wolves would fear that their Championship status could be in danger. They are five points clear of the relegation zone and Molineux doesn’t deserve to be staging third-tier football again. Wolves also face Reading, Ipswich, Brentford and Fulham on the road in a busy March that sees them up against rock-bottom Rotherham at Molineux. Visits from Cardiff and Nottingham Forest kick off April. Wolves still have to take on Brighton and Leeds as well as Huddersfield but their fixture list looks manageable.

Helder Costa has quickly established himself as one of the stars of the Championship. The 23-year-old has produced some terrific displays in all competitions this season and now has a four-and-a-half-year deal at Molineux. But he may well be on the radar of Premier League clubs in the summer window. The pacey Luanda-born player has netted ten goals while also providing eight assists. It is more than obvious there is a bright future beckoning the former Monaco man, who needs to keep progressing if he is to become a top-class performer.

Paul Lambert…..as portrayed on the front cover of the programme in mid-season.

Wolves have been anything but impressive in the Championship so far but have proved their worth in the FA Cup. No doubt they are capable of playing an important role in what remains of the league programme and some predictions point towards Paul Lambert’s men finishing 2016-17 in the top half of the standings. Wolves, though, depend on Costa and the Portugal international, if fit and firing, is definitely capable of helping bring happier days back to Molineux. Experts round the globe have hailed his performances and he is likely to prove a handful for opposition defenders in the forthcoming fixtures. After the loss to Chelsea, Wolves will be fully focused on the Championship and I predict they will finish in the top ten.